Visitors to the “1917. Revolution: Russia and Europe” exhibition will see a bottle of Gorbatschow vodka displayed in the section on emigration and exile. During the February Revolution of 1917, many Russian fled to the West – including the Gorbatschow family. Julia Franke, curator of the “1917. Revolution: Russia and Europe” exhibition, tells how the new regime in Russia embarked on a fight against alcohol, and how Gorbatschow vodka ultimately came to be manufactured in Berlin.

Did you know that that the vodka brand, Wodka Gorbatschow, has practically nothing to do with Mikhail Gorbachev (whose name, like the vodka, is spelt “Gorbatschow” in German)? And, what’s more, that it’s not even a Russian brand, but one established in Berlin in 1921? Or that by the time Mikhail Gorbachev was bringing such radical change to the global political stage, the brand had already belonged for some time to the Henkell corporation in Wiesbaden (in then-West Germany)? Originally founded in German exile by (put bluntly) losers of the Russian Revolution, the Wodka Gorbatschow brand would at least turn out to be one of the winners of the revolution in 1989.

But let’s start from the beginning: what does the Russian Revolution have to do with the “Wodka Gorbatschow” brand? The establishment of this liquor company does indeed have a direct link to those revolutionary events, in the wake of which (from February 1917) more than one million people fled Russia. In the aftermath of the February Revolution, the Tsar’s abdication, and the Bolsheviks’ accession to power in October 1917, many social groups feared they would become targets of persecution, expropriation, and repression. These included owners of (barely profit-making) businesses that had emerged during Russia’s nascent industrialization – and liquor manufacturers in particular. For on coming to power, the Bolsheviks immediately banned the production and sale of alcohol, as they considered sobriety to be a necessary condition for a successful revolution.

Alcohol: enemy of the state

The manufacturers of high-proof vodka duly came into a twofold conflict with the system of power that had established itself following the Bolshevik takeover of October 1917. Firstly, the economic order envisaged by the new regime – the communist command economy – required the nationalization of the means of production. Private companies were by definition alien to the communist system. Secondly, revolutionary Russia no longer looked like a promising market for vodka manufacturers. Back in 1914, Tsar Nicholas II had issued a decree banning the consumption and sale of vodka following the country’s mobilization for World War I. Although the alcohol trade was from one perspective a lucrative source of revenue for Russian state coffers, this benefit was outweighed by the country’s bad experiences in the Russian-Japanese War of 1904–05, when Russian soldiers’ drinking binges had had a lasting negative impact on morale.

The Bolsheviks also introduced a ban on alcohol as they consolidated their grip on power. Even prior to these measures, representatives of the Russian left (including Leo Trotsky) had in the pre-revolutionary era repeatedly highlighted the way the Tsarist system deliberately encouraged alcohol consumption among workers and peasants, with the aim of weakening their will to stage protests and dampening their appetite for emancipation.

Wine in the River Neva

The Bolsheviks, by contrast, believed that being aware of one’s own strength – including physical capabilities – was an essential requirement for workers’ class consciousness. They therefore saw sobriety as a necessary prerequisite for the revolution’s success. This lesson was learned the hard way by revolutionary soldiers who, during the October uprising, were sent to guard the Tsar’s wine cellars in the Winter Palace in Petrograd (present-day St. Petersburg). Upon learning that the men had wasted no time in enjoying the wine for themselves, Lenin condemned the men’s transgression as an outrageous counterrevolutionary act:

“These rogues are drowning the Revolution in wine! I’ve ordered for the rogues to be shot on the spot.”

The president of the Petrograd Soviet, Leo Trotsky, then gave the order for all the wine supplies in the city to be destroyed. In his memoirs, Trotsky wrote that “the wine flowed through the open sewers and straight into the River Neva, staining the snow. Drunkards lapped it up straight out of the gutter”.

This violence against alcohol-drinking citizens accompanied the entire consolidation phase of Bolshevik rule and was not limited to Petrograd. The Bolsheviks adopted draconian measures against drunkenness: bootleggers were declared “enemies of the people” and faced up to ten years imprisonment, the confiscation of their property, and forced labour. Founded in 1918, the Red Army even imposed the death penalty for drunkenness. As a result of this prohibition policy, which remained in force until 1925, a large number of liquor manufacturers emigrated from Russia. They brought with them to Europe and North America both the drink itself and knowledge about its manufacture. This was how in 1921 the “Wodka Gorbatschow” brand was first established in Berlin, originally trading under the name “L. Gorbatschow & Co. GmbH – Russian Vodka and Russian Liqueurs”. 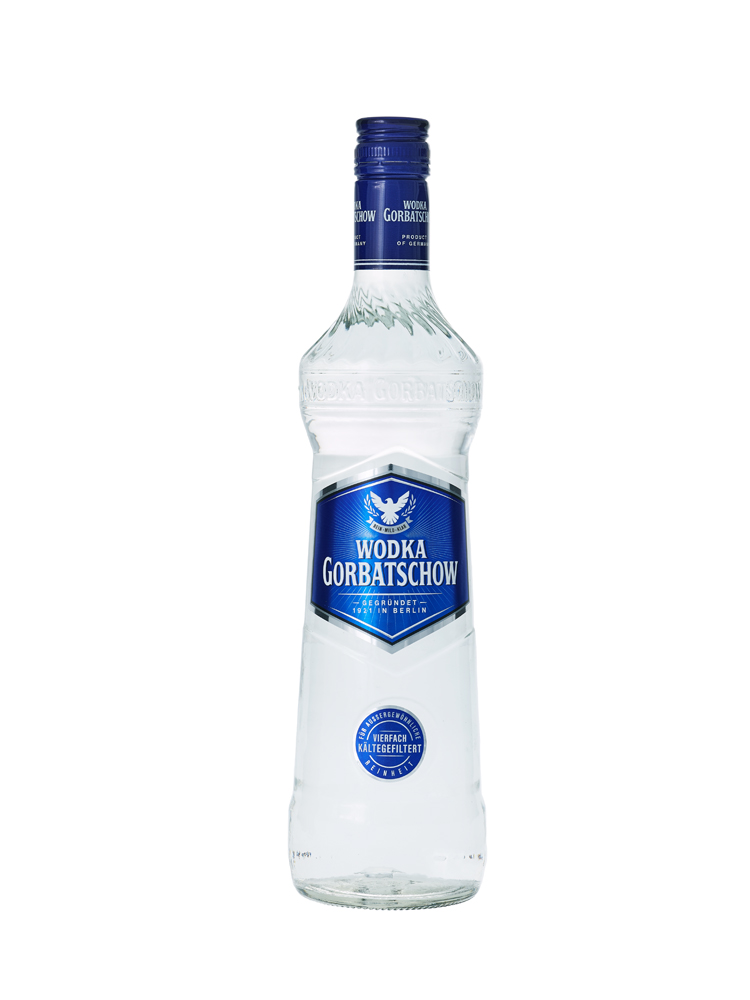