Figures of Speech about the Crossbow

‘My God! The apple’s cleft straight through the core.’
– Gessler in William Tell: A Drama by Friedrich von Schiller (1804).

When bailiff Gessler compels Wilhelm (William) Tell to shoot an apple from his son’s head with a crossbow, he both figuratively and literally hits the mark. In German, we could say that he ‘struck the black’ (‘ins Schwarze getroffen’). The origin of this expression is to be found in marksmanship; it refers to the black centre of a shooting target. Sandra Marquardt, trainee collection and project assistant for the exhibition The Crossbow – Terror and Beauty, explains here which other German medieval figures of speech are also linked to crossbow shooting.

We often employ idioms in our use of everyday language without being aware of their original meaning. In German, ‘far from it’ (‘weit fehlen’), ‘to apply too much tension to the bow’ (‘den Bogen überspannen’), or ‘to strike the black’ are all common turns of phrase. The provenance of such expressions is frequently ambiguous, so that various, vying hypotheses can emerge about their origins. Figures of speech usually can’t be taken literally, since this wouldn’t reflect the speaker’s intent. They are established turns of phrase that typically conjure up an image and which are used to express practical worldly wisdoms.

The expressions just mentioned originated in marksmanship, as our current exhibition The Crossbow – Terror and Beauty makes clear. Far from it implies, in this context, that an archer failed to hit his target, or in other words that he ‘missed’. Nowadays, however, the expression also suggests that someone is incorrect or has gone too far. If one applies too much tension to the bow, they too have ‘overdone it’. If we take the saying literally, it divulges its origin to us: Too much tensile force on a crossbow string could result in the bow breaking, which, particularly in the case of steel crossbows, carried a high risk of injury. 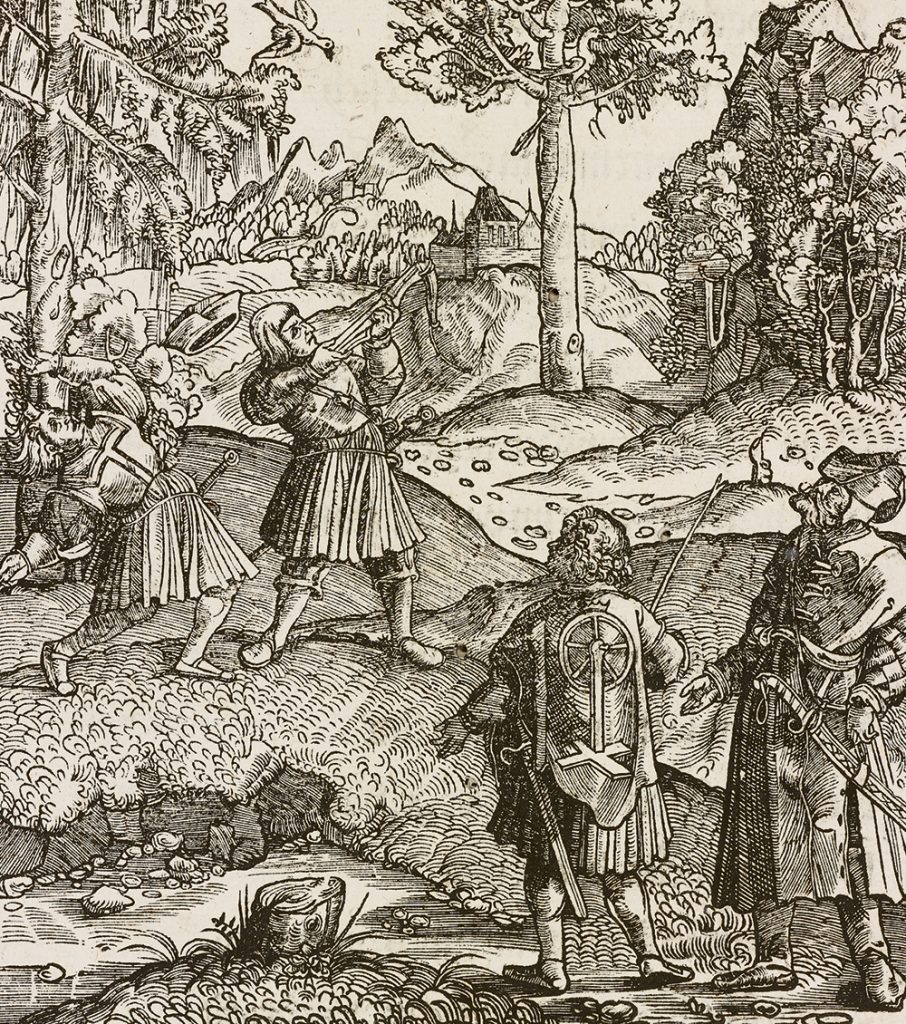 Bow breaking during fowling. Image 34 from the Theuerdank of Maximilian I. Augsburg, 1519 © DHM 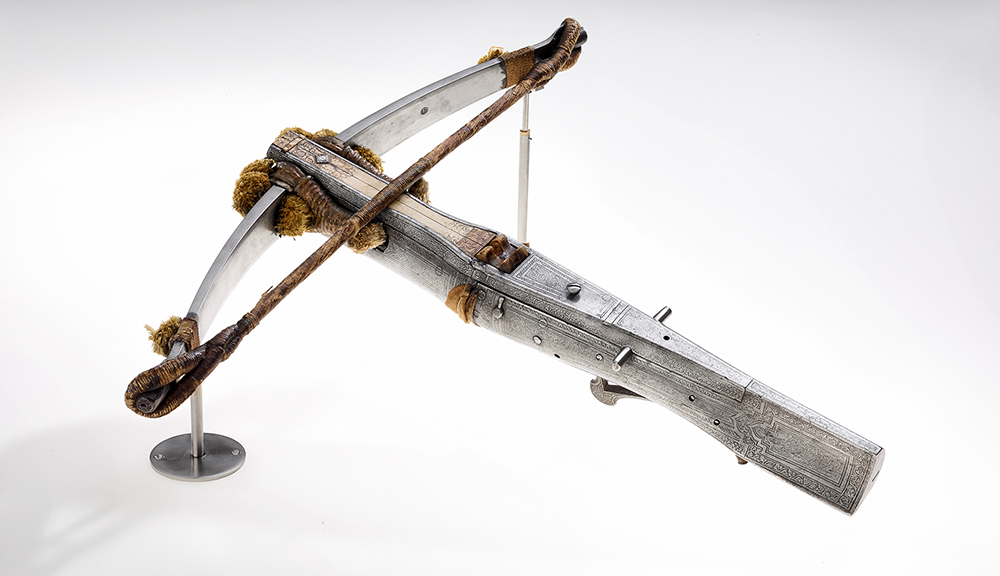 A facsimile of a fowl shoot in Dresden (1660) illustrates the origins of the expression to shoot down the bird (‘den Vogel abschiessen’). It pictures a wooden bird, which crossbowmen are aiming at and shooting down piece by piece. At the end, whoever hit the last remaining shred of wood would have been the winner – he had shot down the bird. 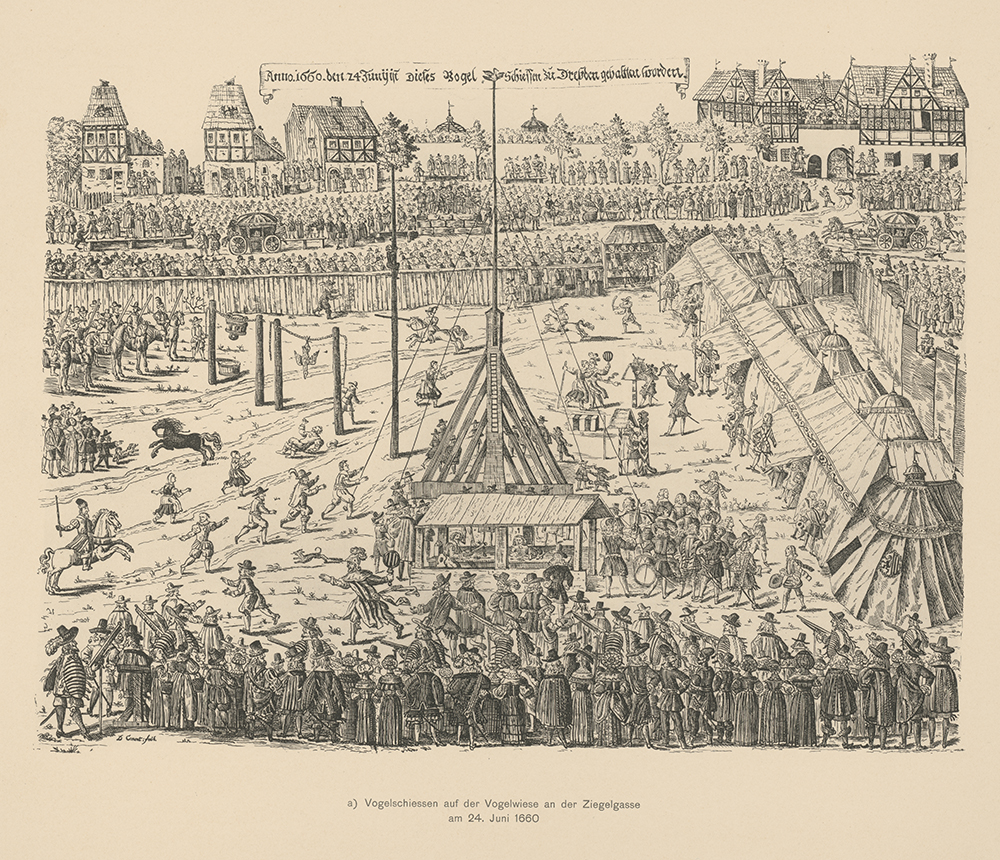 The looser unfortunately only shot down the goat (‘den Bock abschiessen’). The poorest marksman received a non-monetary consolation prize. This could have been a billy goat.