On 21 December 2018, the curtain fell on two centuries of tradition in underground, hard-coal mining in Germany. Dr Sabine Witt, a curator at the Deutsches Historisches Museum, had a timely opportunity in the summer of 2018 to go down a pit and learn about life working underground. The DHM has received a number of mining-related items as donations from RAG AG, the operator of the Prosper-Haniel mine – Germany’s last hard-coal mine – before it shuttered operations. To mark this donation, Sabine Witt reports on her underground tour, describing work procedures in the mine and the objects that have recently joined the DHM’s collection to represent Germany’s heavy-industrial past.

It’s pretty unusual to hear ‘Glückauf!’ during a routine day at the museum, at least here in Berlin. Not so in industrial regions such as the Ruhr, where it was a traditional greeting among miners and in mining communities, essentially meaning ‘fortune be open [to you]’. Not only did December 2018 mark the end of an era in this region’s economic history: the closure of the Prosper-Haniel colliery was also the concluding page in the history of hard-coal mining in Germany as a whole. (By contrast, a handful of open-cast lignite, or ‘brown coal’, mines remain in operation.) Several new accessions to the collection from Prosper-Haniel were recently donated by the colliery’s operating company, RAG AG. Alongside technical equipment and protective gear, the donation includes workplace safety posters, miners’ clothing, warning and information signs, and a number of other objects.

From Mine to Museum

The official ceremony marking the pit’s closure on 21 December 2018 was an occasion to remember the centuries-long history of hard-coal production and miners’ unique sense of tradition, solidarity, and collective responsibility. Workmates (Kumpel) who had just finished their final shift were visibly moved as they presented the last piece of coal extracted from the mine to the German president, Frank-Walter Steinmeier. Slightly smaller in scale are the pieces of coal brought back from the same mine by Sabine Witt, head of the DHM’s ‘Everyday Life’ division. Back in the summer of 2018, she and department director Fritz Backhaus were given the opportunity to go down the pit, where they were able to learn at the (literal) coalface about work underground.

It’s hot down there, about 1200 metres closer to the Earth’s core. Not to mention dark, of course. Best not to think about just how deep that actually is. Although you do forget about that fairly quickly as you speed your way down the shaft. The first part of the journey is by mine cage, before then boarding a gently rocking mantrip for the nearly half-hour journey to the longwall face (where the coal is extracted). The unevenness of the ground underfoot meant that the mantrip, in this case a ‘diesel cat’ (Dieselkatze), was designed as a monorail suspended from a track built into the roof of the mine shaft. Measuring over five metres in length, one of these man-riding cars is now held in the ‘Everyday Culture’ section of the DHM. 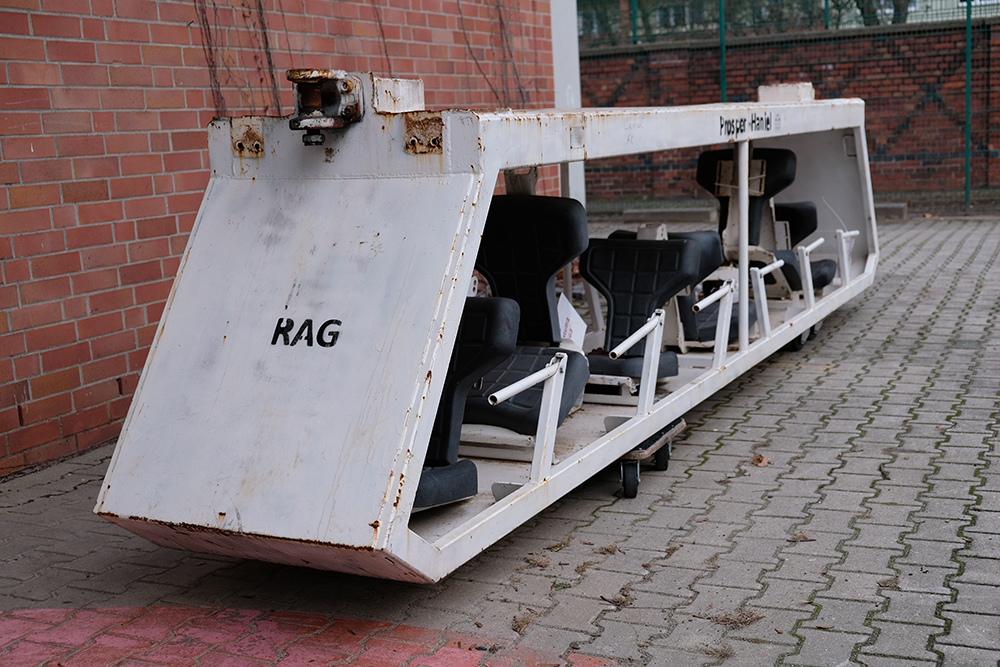 However, preferring a much faster way of getting to their places of work (which were often located at a distance of several kilometres), miners would often just hitch a lift on the conveyor belts used to transport coal underground. Until the mid-1960s, much of the shunting of work materials and coal was in fact still carried out by pit ponies.

A World of Work between Hard Graft and High-Tech

The working practices and technology used in mining have changed drastically over the decades. This is also clear from the objects now held in the DHM’s collections: while the area where coal is mined at the longwall face was once held up by wooden props, later years saw the introduction of shield mining, in which remote-controlled hydraulic jacks were used to support the roof – on which rested rock of up to 1000 metres in depth. The DHM now owns one of the comparatively ornate seals from a shield of this kind. Among the most impressive accessions, however, is the vertical cutting head of a roadheader, which until 14 September 2019 was used at the Prosper-Haniel colliery for mining coal at a depth of some 1200 metres. 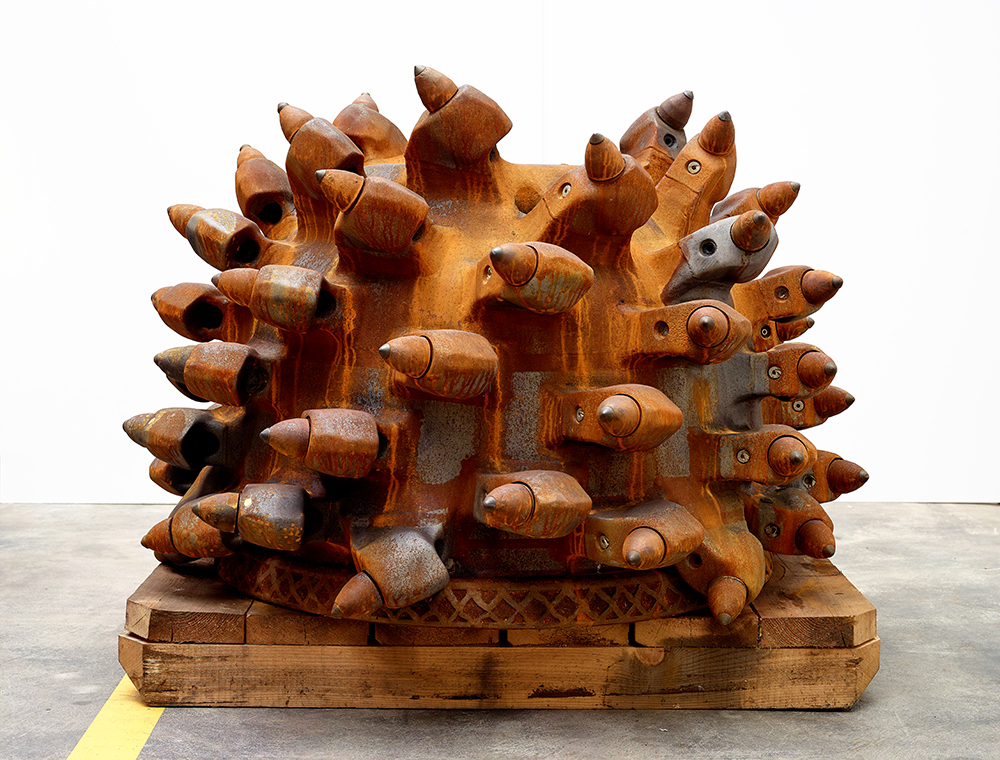 Vertical cutting head of a roadheader, before 2018 © DHM

Serving as a reminder of above-ground life at the pit are several mesh baskets from the ‘coop’ (as the washing and changing area was known). The miners used these baskets for storing their belongings once they’d changed out of or into their workwear. By pulling a chain, they could hoist their basket up to the ceiling – a space-saving measure that also kept personal possessions safely out of temptation’s way.

Simultaneously archaic and high-tech, this underground realm of working men was shaped by a unique set of conditions in which prohibitions and warnings assumed life-or-death significance. This aspect of mining life is reflected in the numerous signs and posters that were produced as part of the latest workplace safety campaign. 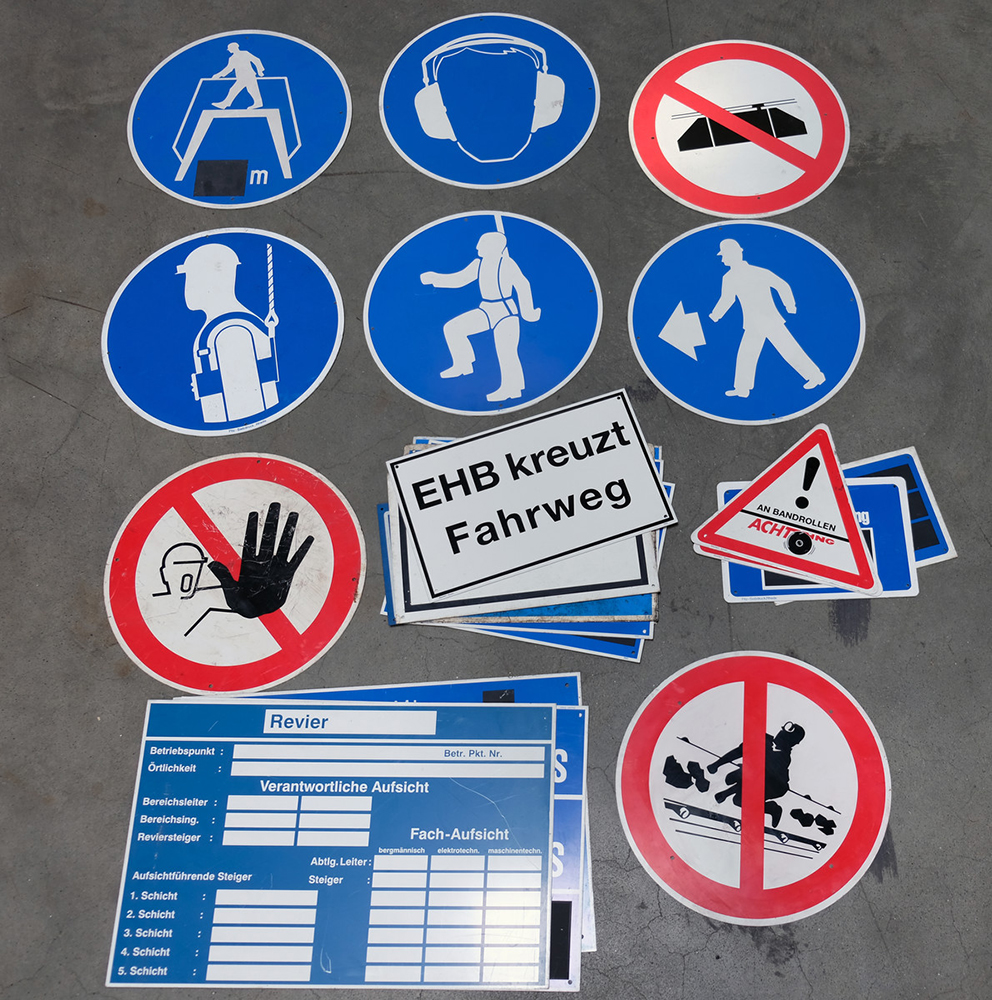 Solidarity and a sense of responsibility towards yourself and your workmates were an indispensable part of miners’ efforts to avoid workplace accidents and mitigate dangers posed by natural forces deep underground. Miners also put their faith in help from a higher source: a portrait of Saint Barbara, the patron saint of miners, was present at (practically) every pit. And a wooden figure of the saint now stands vigil at the DHM. 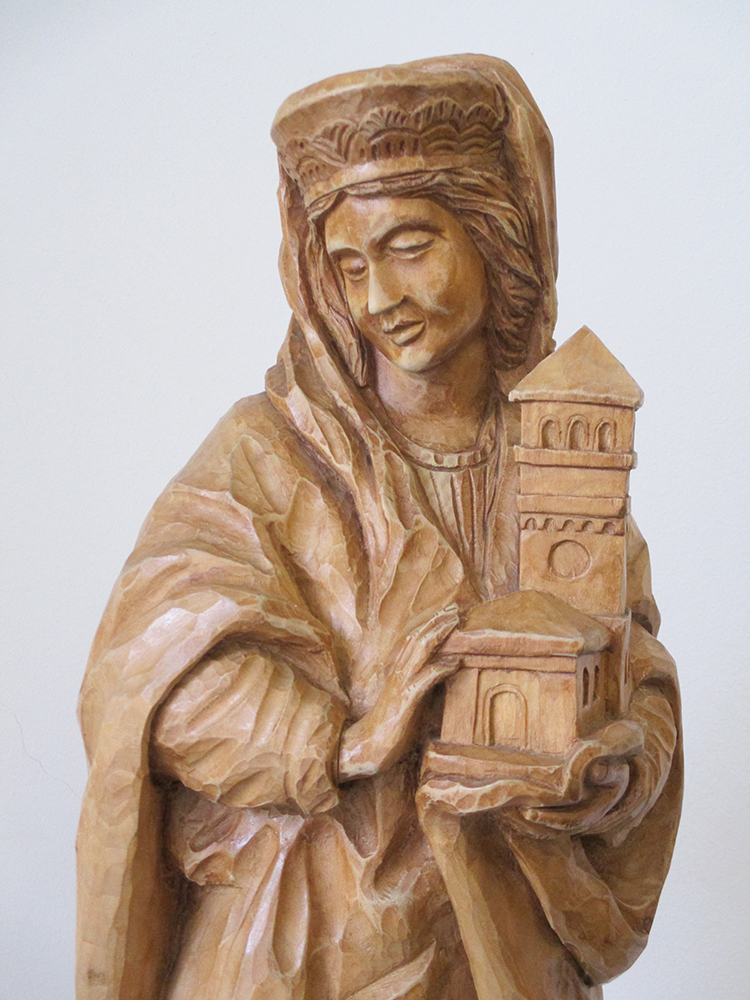 Figure of Saint Barbara, the patron saint of miners, Germany, after 1981 © DHM

Coal mining and its related industries were as much a driving force of industrialization in the second half of the 19th century (the period that witnessed German unification, in 1871) as they were the engine of West Germany’s post-war ‘Economic Miracle’. Coal mining, iron-ore mining, and steelmaking played a decisive role in economic growth. This was particularly the case in the Ruhr, which became Europe’s largest mining region in the closing years of the 19th century. However, the mining industry was also of considerable importance for both the Saarland and the area around Aachen in the Rhineland. Politically and economically, international cooperation in these industries was the bedrock of European integration: the European Coal and Steel Community was founded in 1952, before evolving into the European Economic Community (EEC) and finally today’s European Union (EU).