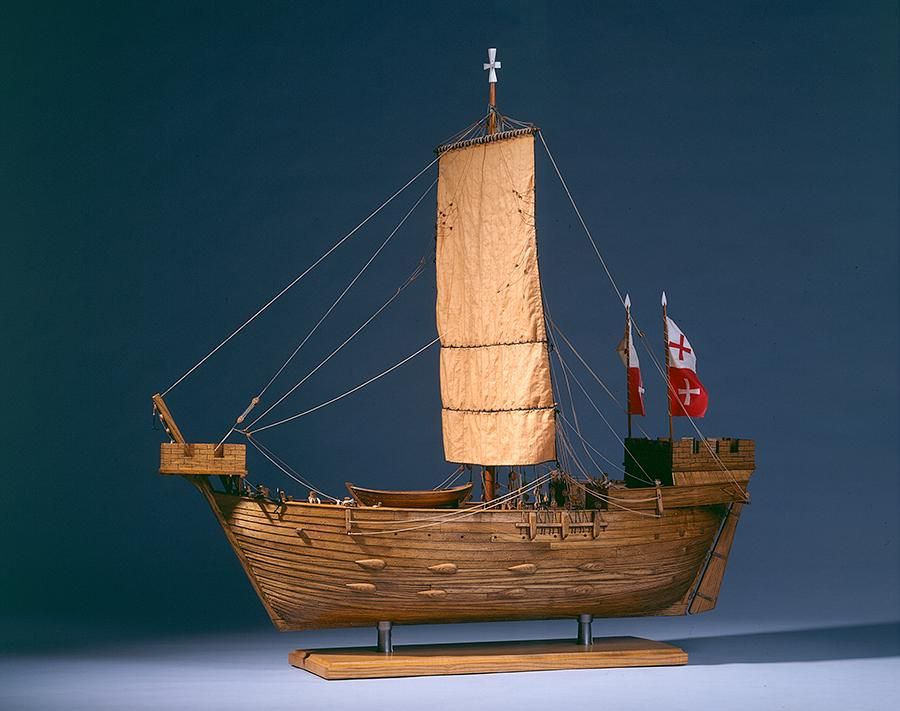 The cog reached the peak of its development during the heyday of the Hanseatic League. Used mainly as a merchant ship, but also as a warship, it had one mast with a large, square-rigged sail. After 1242, cogs began to have a stern-mounted central rudder. The similarly shaped bow and stern were augmented with raised platforms, which evolved into the forecastle and aftercastle. They could be manned with archers for defence. The design and construction of cogs is known to us from depictions on civic seals and from discoveries of wrecks such as the cog found in Bremen, which has been dated to 1380. The name is derived from the early German word Kuggon or Kukkon, which is equivalent to the generic term “round ship”.