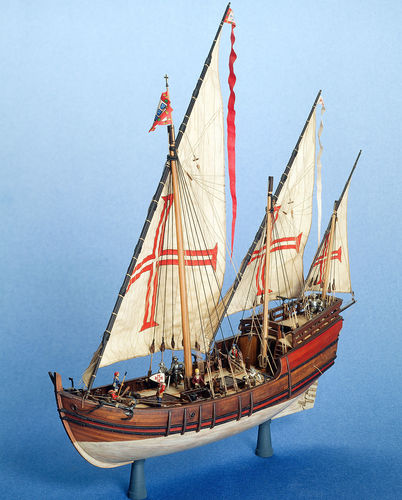 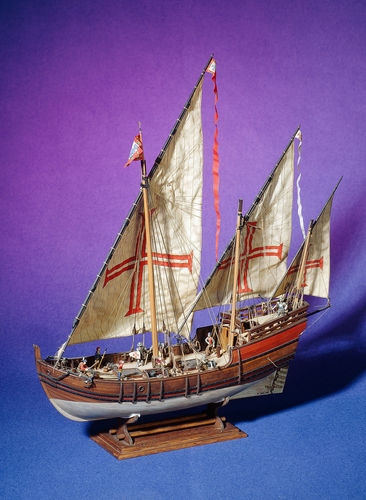 The first ships in which the Europeans crossed the Atlantic in the fifteenth century were caravels. They were built according to the carvel [sic] method, which meant that instead of overlapping, the planks butted edge to edge, giving the hull a relatively smooth surface. Among the best-known caravels are the Pinta and the Niña: two of the ships that sailed with Columbus. A caravel had either two or three masts, equipped with a square sail on the foremast and lateen sails on the other masts. This rigging allowed caravels to manoeuvre easily close to shore, making them ideal for exploration. The weak point of the caravel was its delicate hull, which tended to get damaged.