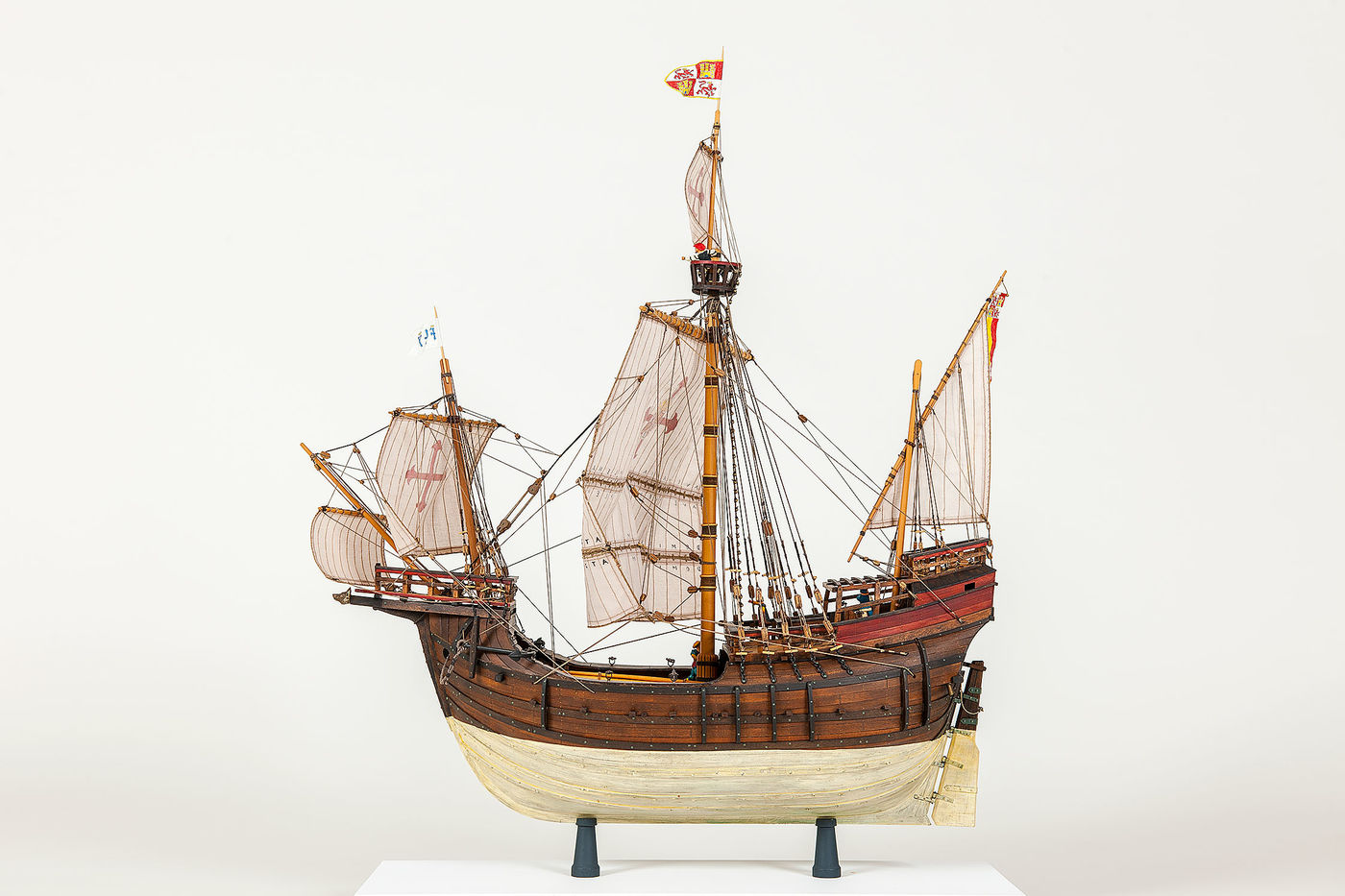 The nao was a type of ship developed in Portugal, to begin with, during the fourteenth and fifteenth centuries. Its name comes from navio, the Portuguese derivative of the Latin word for a ship. The nao had two to three masts and the hull was built of planks butted smoothly edge to edge: the carvel [sic] method. However, this sturdily built ship was larger and heavier than a caravel. The hull had a markedly bulbous form, which increased the ship’s cargo capacity, topped with high bulwarks. In his journals, Columbus referred to his flagship, the Santa Maria, as “la nao”.