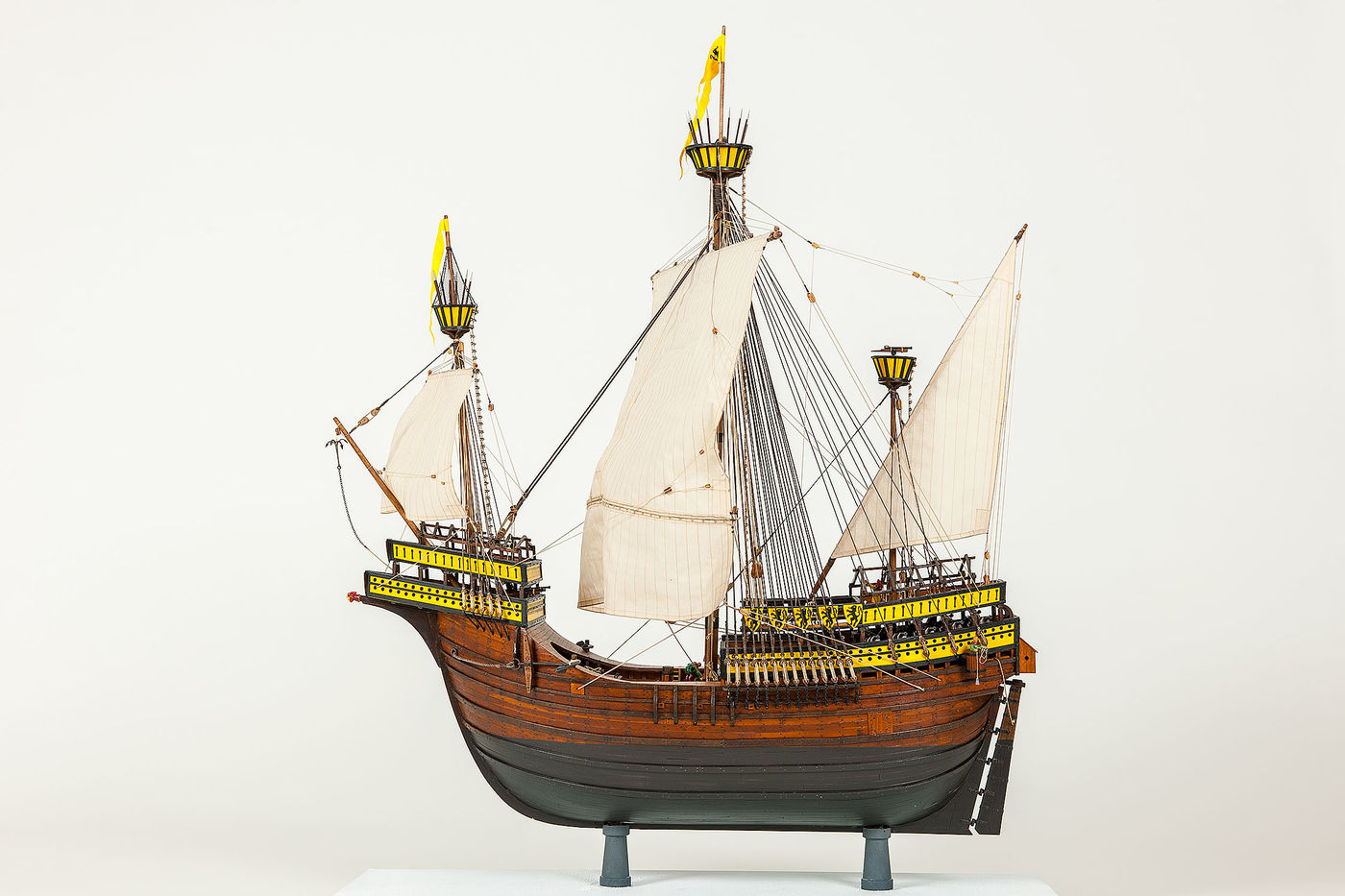 The carrack was developed from the caravel. Ships of this type were widely used in merchant shipping in the Atlantic and Mediterranean from the fourteenth to the seventeenth century. It was built much higher than the cog, especially the superstructure at the stern. The fo’c’sle (forecastle) had since become tapered and structurally integrated with the sturdily built hull. Gun ports were introduced in the sides of the ship, making it possible to carry gun batteries for the first time. The ship’s name is derived from the Arabic word quarâqir, which means “merchant ship”. The earliest known mention of a “carraca” is in a Genoese manuscript dating from the early fourteenth century.