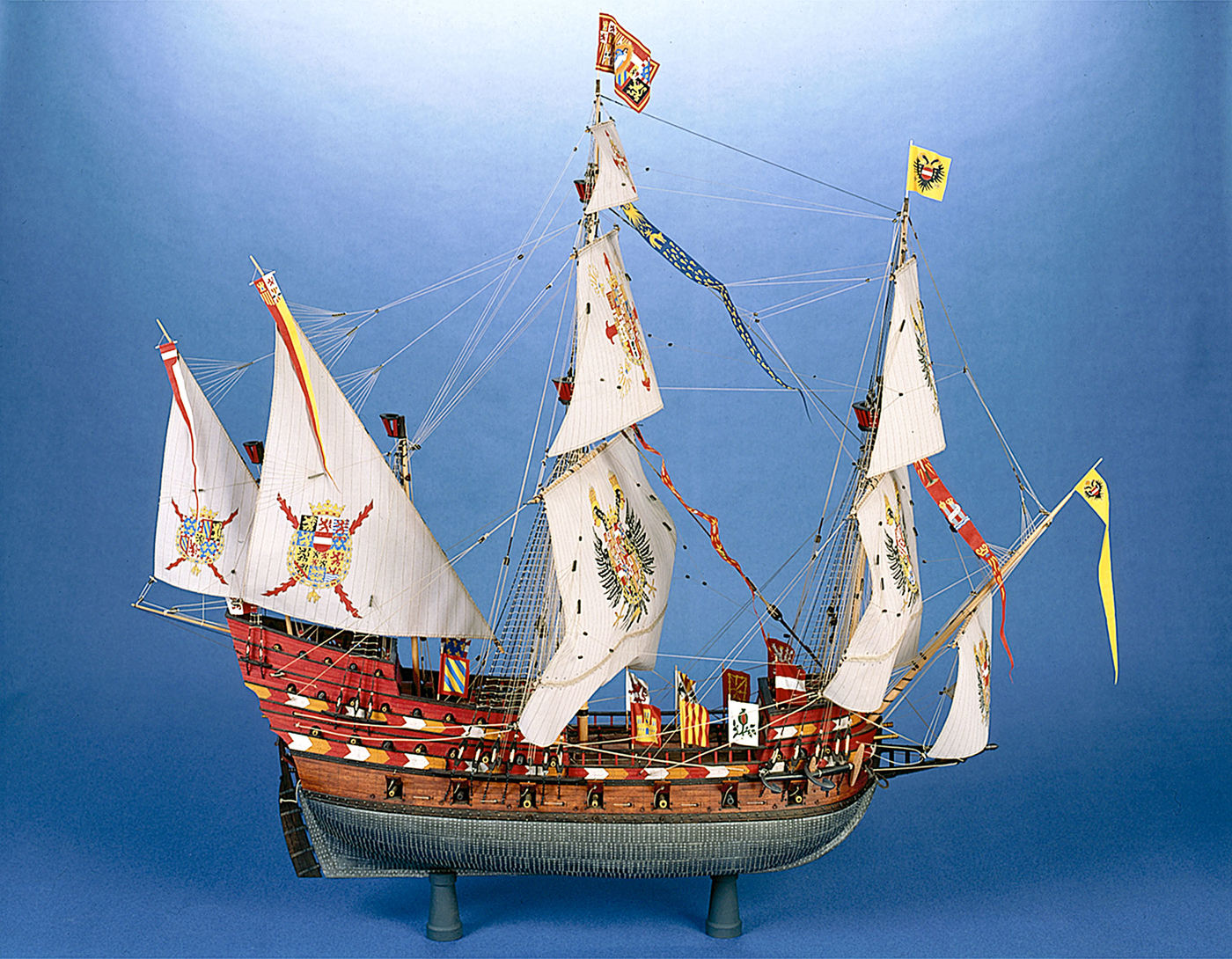 The galleon resulted from the need to construct larger, ocean-going, cargo and passenger vessels. It had a tapered bow and a length-to-beam (maximum width) ratio of 3:1, sometimes even 4:1. On Spanish and Portuguese galleons, the part of the hull below the water line was covered with lead plating to protect the wood from the naval shipworm (Teredo navalis). The Spanish galleons generally had four masts, of which two were square-rigged. The stern superstructure could be up to seven decks high. Some famous galleons are the Golden Hind, sailed by Sir Francis Drake when he circumnavigated the globe from 1577 to 1580, and the Swedish battleship Vasa.