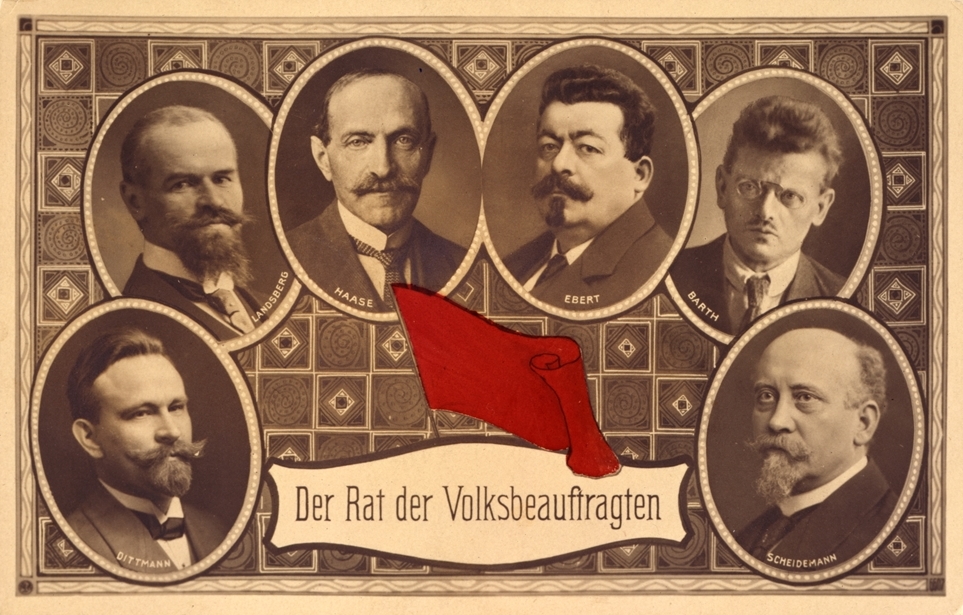 1 The men of the Council of People's Deputies © Deutsches Historisches Museum, Berlin

The government’s programme of action was announced on 12 November 1918 by the Council of People's Deputies. The members of the Council were all Social Democratic politicians: Friedrich Ebert, Philipp Scheidemann and Otto Landsberg represented the Social Democratic Party of Germany (SPD) while Wilhelm Dittmann, Hugo Haase and Emil Barth represented the smaller Independent Social Democratic Party of Germany (USPD). The SPD had split over the parliamentary approval of a further issue of bonds to raise money for the war on 21 December 1915, which those who later formed the USPD voted against. As the revolution spread in November 1918, the two opposing parties quickly agreed to share the responsibility of forming a government. On 10 November 1918, they created the Council of People's Deputies under Ebert and Haase as co-chairman of equal standing.