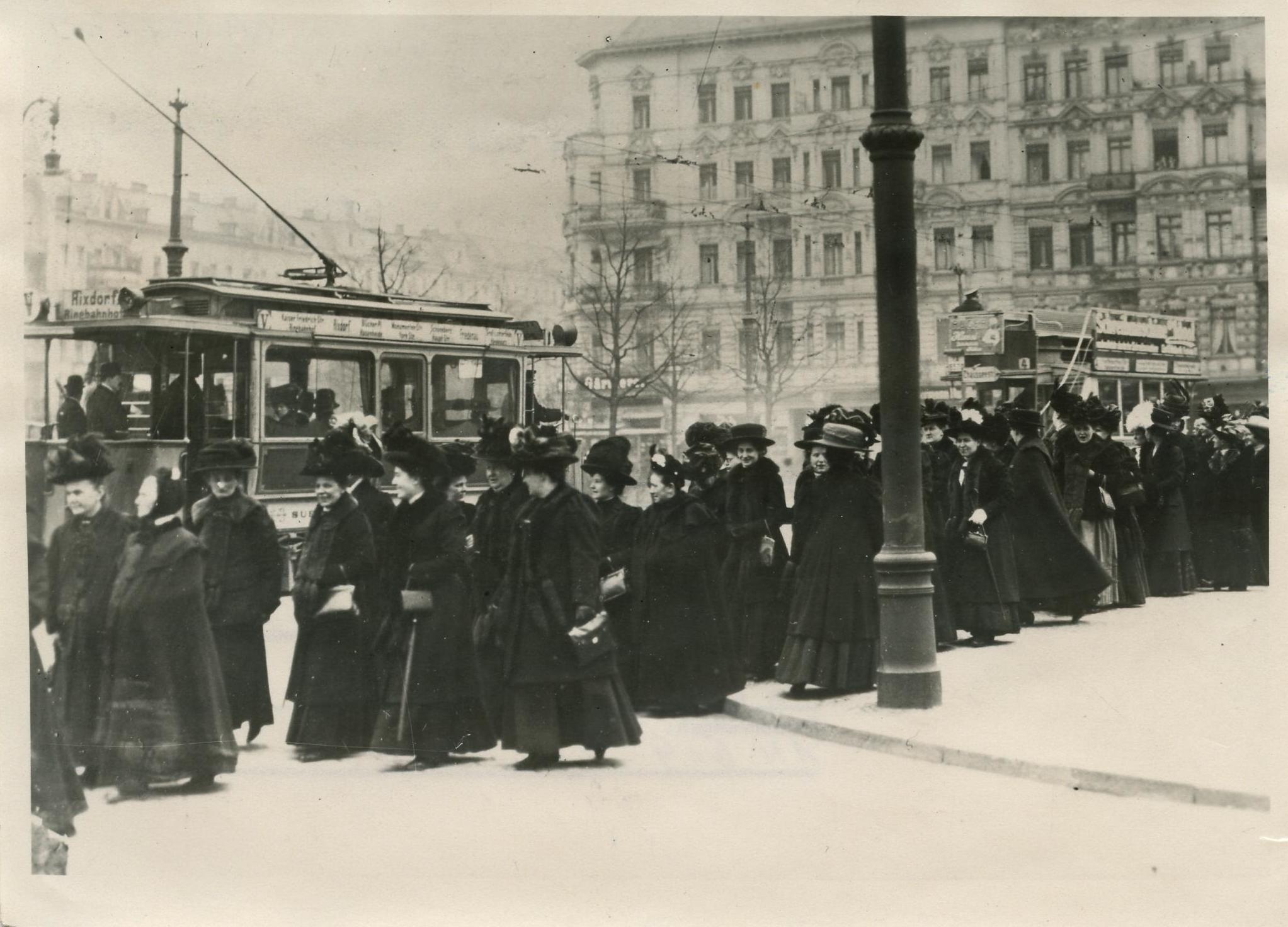 On the first International Women's Day, in 1911, more than a million women in Germany and other countries took to the streets, demanding that women be granted suffrage: the right to vote and stand for election. On Women's Day in 1913, Clara Zetkin presented the Social Democratic position, which was that progress on women's issues is inseparable from the struggle of the working class: 'Capitalism is the enemy! An enemy of women and of men too!' In the days of the German Empire, women had demanded the right to vote in vain; it was not introduced until the 1918–19 revolution. For most women, the most pressing problems were of a financial and social nature. Female factory workers called for working conditions that were less harsh as well as more pay and better maternity protection.

The government programme changed the law on elections so that people aged 20-25 and soldiers on active service could vote for the first time. This increased the total number of eligible voters to 37 million, from around 14 million in 1912.