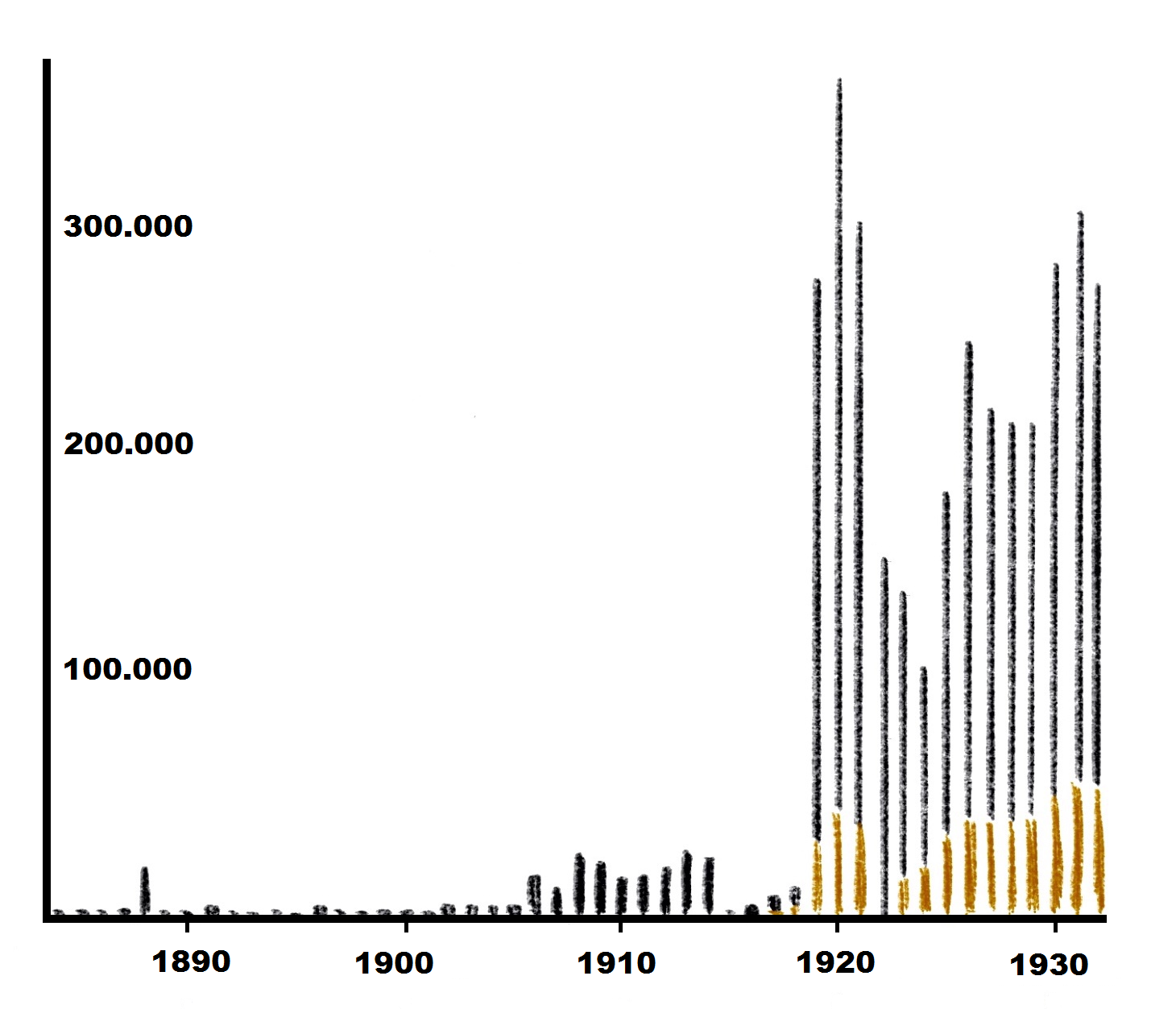 The government programme also introduced religious freedom in Germany for the first time, defining it in positive terms: 'Freedom of worship is guaranteed' and in negative terms: 'No-one may be forced to perform a religious act'. Negatively defined religious freedom had been granted once before, in Section 148 of the Frankfurt Constitution of 1849. After the new decree in 1918, a large number of people officially left their churches. This especially affected the Protestant churches, which had a greater number of members.