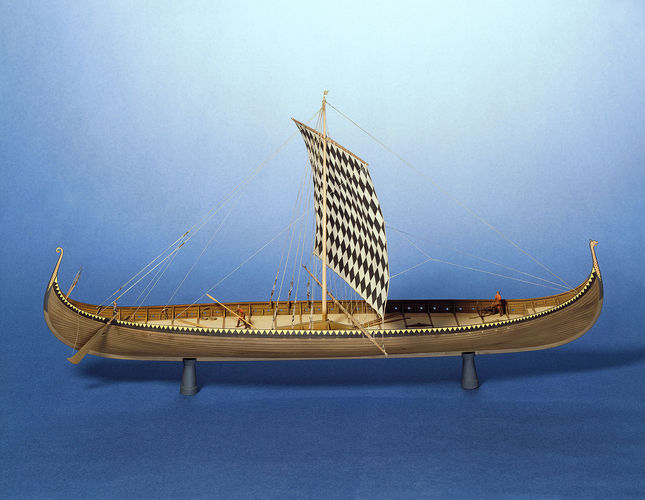 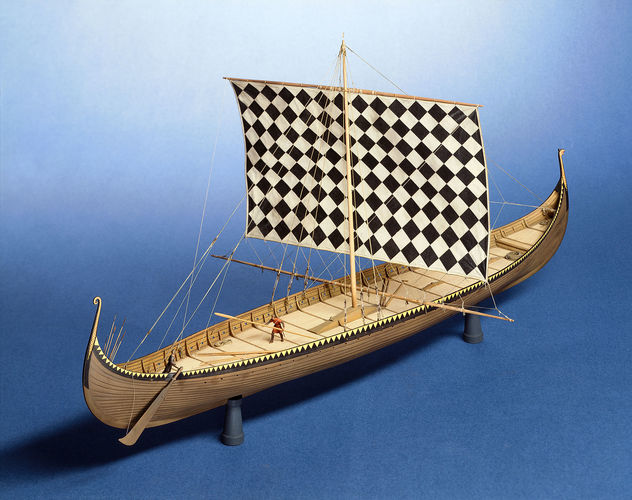 The Scandinavians traditionally built their ships according to the clinker method. Each plank of the wooden hull overlapped the one below it, as roof tiles do. The joints between them were sealed with animal hair soaked in tar. These ships were very stable and well-suited to ocean voyages. They were rowed by thirty oarsmen and possessed a hinged main mast with a square-rigged rectangular sail to take advantage of favourable winds. A long oar mounted on the right side of the ship was used for steering – hence the word “starboard”. The ships had a shallow draft, which allowed them to enter the mouths of rivers – an advantage when the Vikings were making a raid.