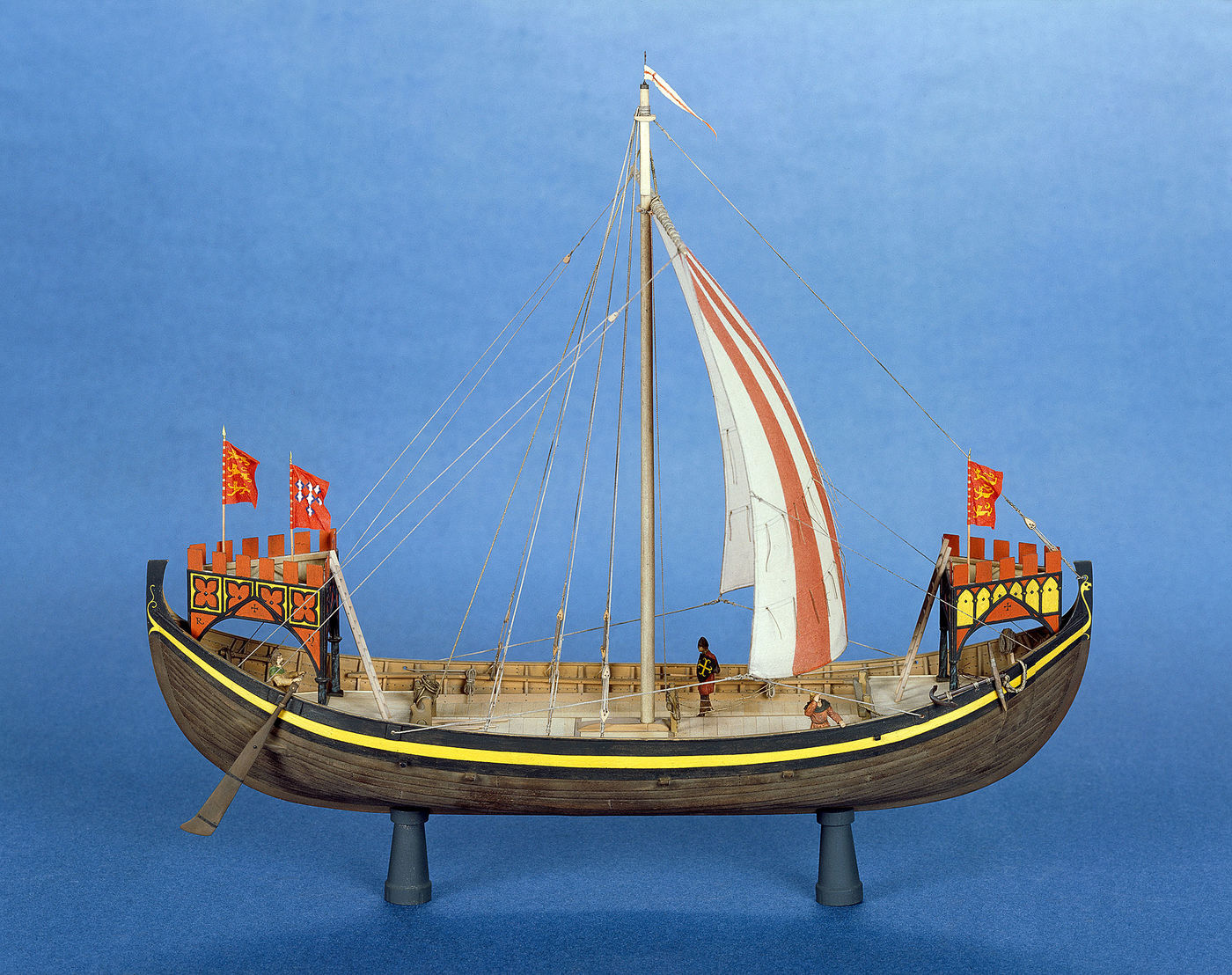 The nef was developed from the knarr – the merchant ship used by the Vikings. It had a fixed mast and relied solely on sails. The tower-like structures called “castles” were borrowed from south-European shipbuilding traditions. In contrast to the cog (a later type of ship), the nef still had a steering oar on the starboard side rather than a rudder mounted on the stern. Nefs were mainly to be found sailing ​​between the Normandy coast of France and the Cinque Ports of south-east England. The latter was a confederation of coastal towns, principally Dover, Hastings, Hythe, Romney, and Sandwich. Nefs were used for transporting both goods and passengers; accounts of the Third Crusade in 1189 state that King Richard the Lionheart of England set out for Palestine with a fleet containing 33 nefs.