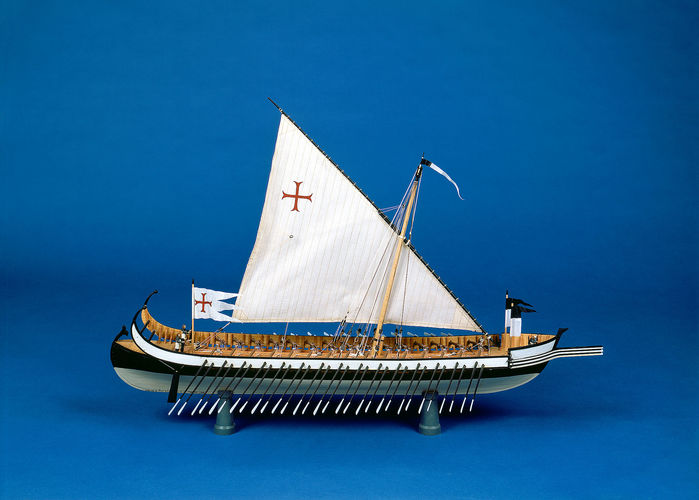 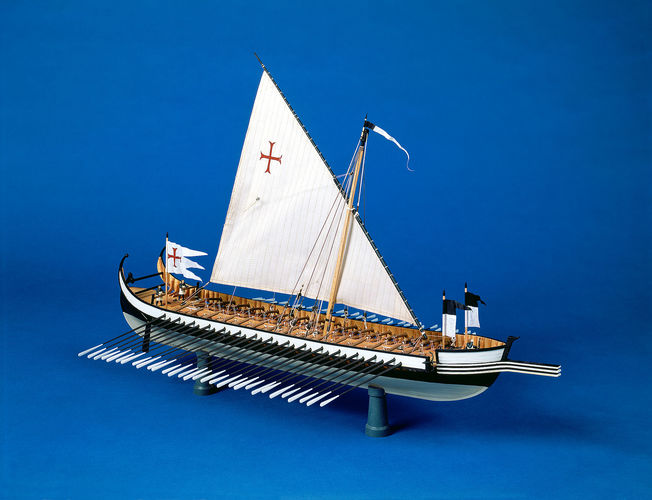 The winds in the Mediterranean are unpredictable, so rowing was the most reliable means of propelling ships in the times before motorisation. Only in the latter part of this period were galleys equipped with armaments, which were initially mounted at the bow and the stern. Weapons could not be positioned along the sides because this would have conflicted with the rowers and their oars. The early eighteenth century brought a brief revival in the use of galleys. Tsar Peter the Great introduced them in the Baltic region, as they were cheap to build and easy to operate.

Merchant ship / warship from the Mediterranean