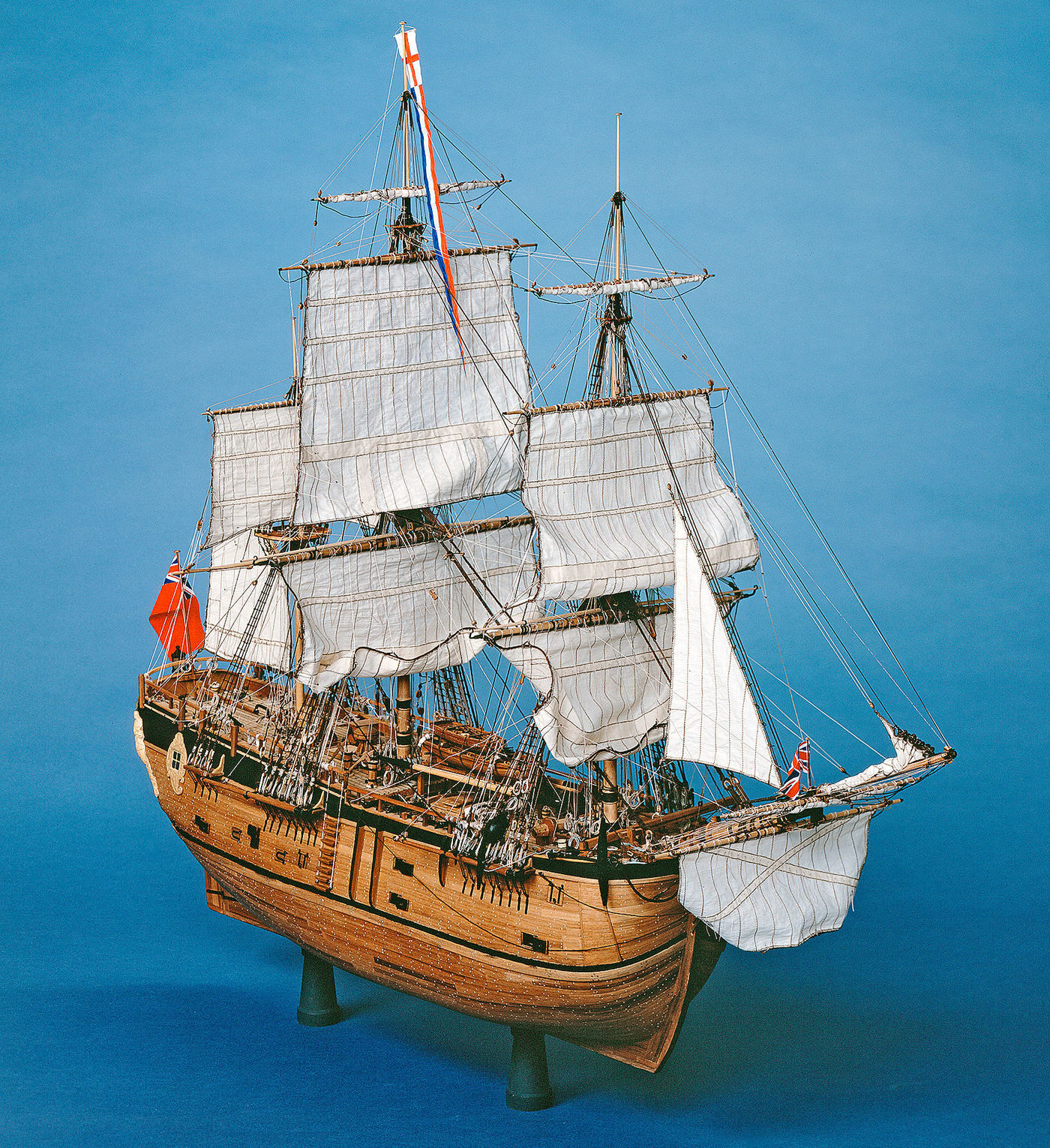 Ships known as barks, or barques, have at least three masts, of which the mizzen mast is always fore-and aft rigged (triangular sails set parallel to the axis of the ship) while the fore and main masts are square rigged (rectangular sails set at right-angles to the axis). The flat-bottomed hull offers the advantage of being able to land for emergency repairs in uncharted waters. In the nineteenth century, the barque was used as an all-round cargo ship. It only needed a very small crew. One of the best-known barques was originally a ship for transporting coal: the ENDEAVOUR, in which James Cook circumnavigated the globe from 1768 to 1771. The model here shows a later configuration of the rigging. Well-known German barques are the ALEXANDER VON HUMBOLDT and GORCH FOCK.