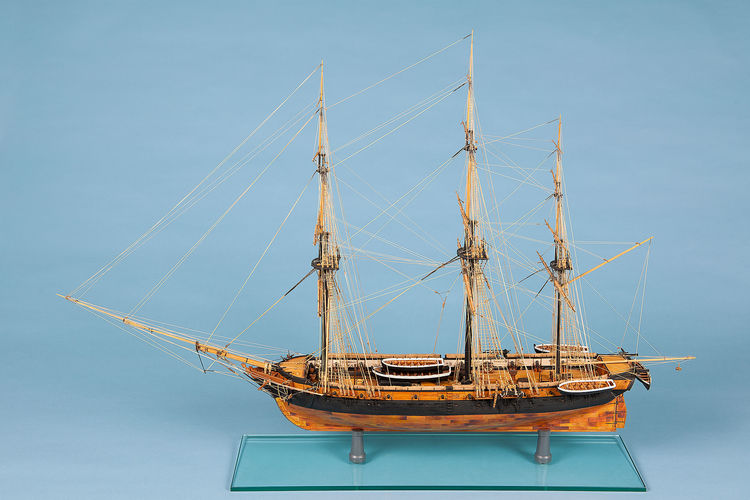 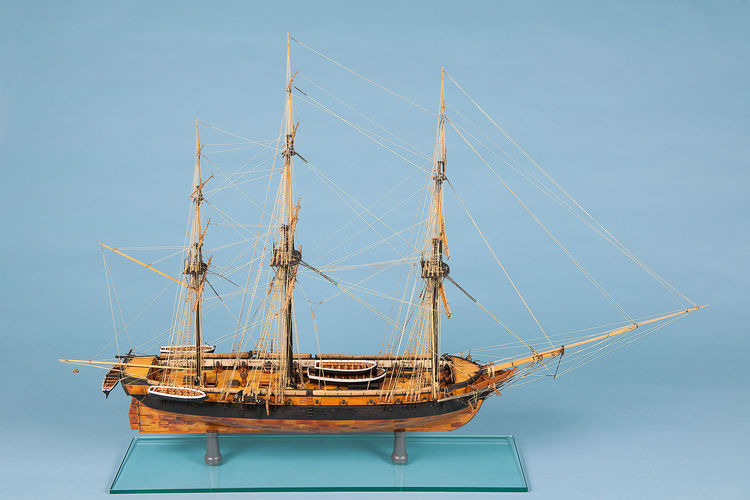 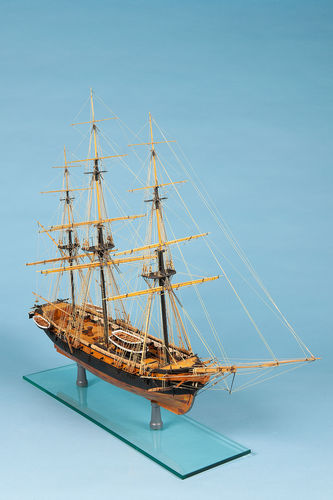 Corvettes were being developed at the same time as frigates. They had a maximum of 24 guns and no superstructure, so they were also referred to as flush-deck corvettes. A shallow draft and three masts with full rigging made the ships fast and allowed them to be deployed in shallow coastal waters. There was room for 100 to 130 men on board. The corvette was much in demand as a courier and scouting ship, but it was also suitable for small-scale naval actions.