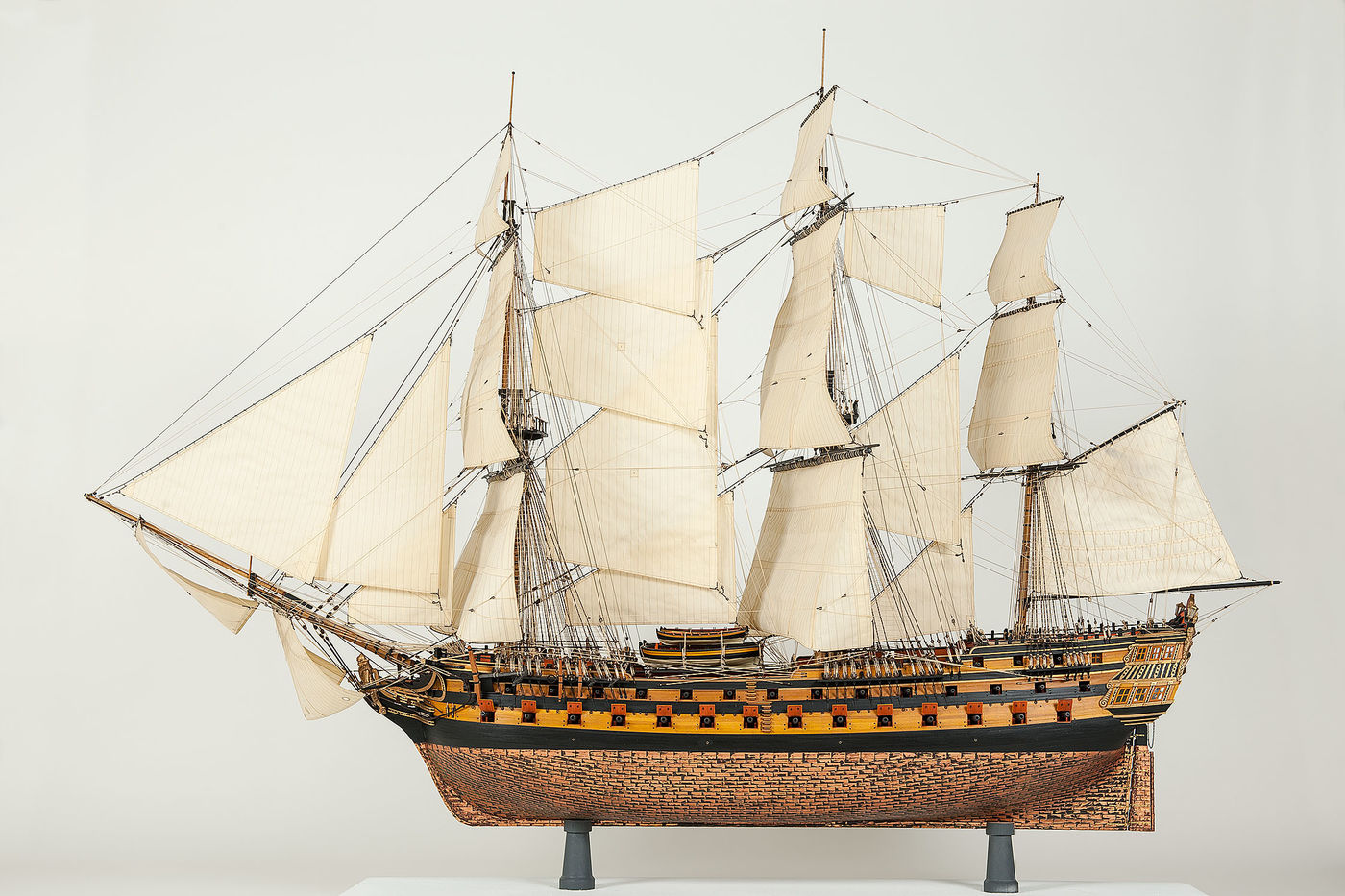 The French began building a number of new battleships in the 1730s. These ships of the line were 170 feet long and were nominally equipped with seventy-four guns. The easily sailed two-decker with heavy armament henceforth formed the backbone of the British, French and Spanish navies. The term “ship of the line” came from the formation in which a squadron sailed and fought: a line in which each vessel followed in the wake of the one ahead. The line of battle was first officially adopted as a tactic in 1653, by the British navy. Each ship fired broadsides at its counterpart in the enemy line, like a duel between gentlemen.