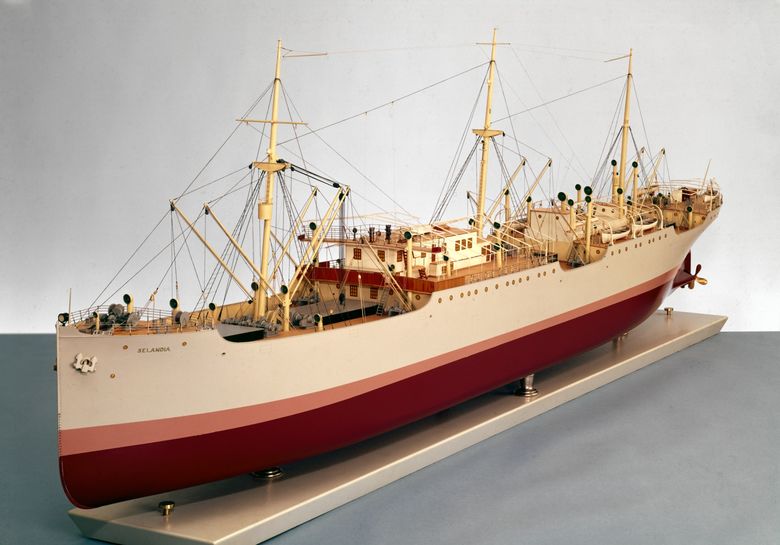 The SELANDIA was built in Denmark in 1911. It was the first ocean-going vessel to be built with a diesel engine and it marked a new era of shipping. Dependence on coal as fuel became a thing of the past. The SELANDIA did without the funnel that was essential for steam-powered ships. Instead, the gases produced by the engines were discharged through an exhaust pipe in the aft mast. On its maiden voyage, the SELANDIA travelled from Copenhagen to Japan and back via London and the Suez Canal: a total of 22,000 nautical miles (about 38,000 km).