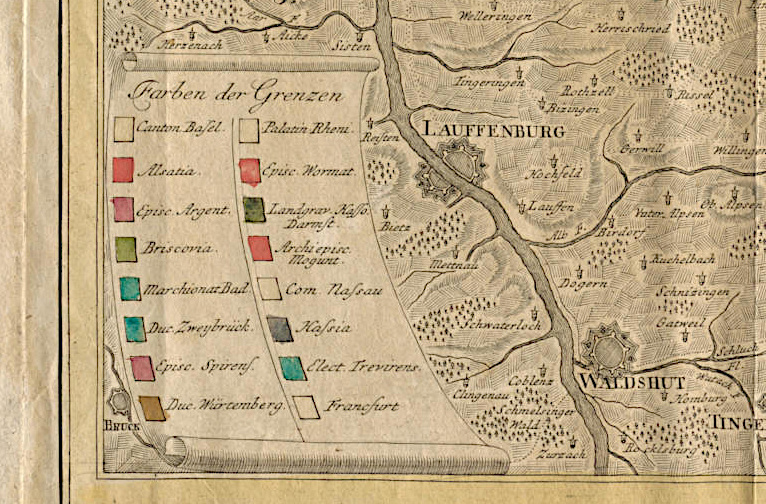 The map is coloured accorning to borders, meaning the territories are delineated by different coloured lines, not as areas marked by colours.

Until around 1800, the Homännische maps were black copper engravings that were handpainted with watercolours. Later, steel engravings and lithographies (colour printing) became widespread.

Transcription of the latin abbreviations and the corresponding German/English names