Martin Luther: Portrait of a Culture of Commemoration

This year, for the first and only time, 31 October will be a public holiday throughout Germany. As part of the celebrations marking the five-hundredth anniversary of the Reformation, the holiday will commemorate the publication of the “95 Theses”, the catalyst which set the Reformation in motion. There is a long tradition of commemorating the event, but the image of Martin Luther (1483–1546), the author of the “Theses”, has been continually refashioned as times have changed. Many of the historical interpretations of Luther are now forgotten, but others are experiencing a revival in 2017. In our regular “Stories” series, historian Robert Kluth takes a look at the different ways in which Luther has been portrayed over the centuries.

Scholars are still arguing about whether Luther actually nailed his “Theses” to the door of the Castle Church in Wittenberg in 1517 or whether he simply circulated them by letter. Historically, 1517 is not the date which really matters, however; much more significant was Martin Luther’s appearance before the Holy Roman Emperor and the Imperial Diet at Worms in 1521. This was the occasion of his famous speech, summed up at the time in a sympathetic broadsheet with the words, “Here I stand; I can do no other.” Luther was then at the height of his fame; five years earlier, in 1517, he was barely known. The Reformation movement only really got under way in 1518. Yet in 1617, just a hundred years after the event, the posting of the “Theses” was officially celebrated for the first time.

The 1617 celebrations were the start of the process by which 31 October eventually became “Reformation Day”. 17th-century educational politics had a great part to play in this. Keen to attract scholars, the university town of Wittenberg, where Luther had taught, was anxious to promote its most famous professor. It also wanted to secure its place on the commemorative map, before Worms, where Luther had defended himself before the Imperial Diet, did so first. The Saxon ruler was only too pleased to take up the idea and turned 1617 into a celebration of Saxony’s Lutheran identity and successful defiance of Catholicism. In 1618, the Thirty Years’ War began.

Few people nowadays know about the great celebrations of 1630, commemorating the date when the Lutheran states proclaimed their new faith before the Imperial Diet of 1530 by the reading of the “Augsburg Confession”. For a long time, commemoration of the “Confession” overshadowed that of the publication of the “Theses”. The 17th and 18th centuries were full of paintings depicting the scene at Augsburg and celebrating the Lutheran creed. The paintings depict the rulers of the various Protestant states demonstrating their solidarity with Luther. Here, politics is the defender of the true faith and Luther himself is shown as the father of the Church. Luther’s family life and other aspects of his personality, by contrast, were not considered important.

From “church father” to creator of the modern German language

Around 1700, Luther’s portraits began to take on a gentler aspect, as people’s religious devotion became more personal. Pietism altered the way in which Luther was interpreted. The revival movement accused orthodox Lutheranism of a purely external observance of faith and of turning Luther into an unapproachable saint. The Pietists demanded a spiritual rebirth – a personal reformation – and placed great emphasis on Luther’s translation of the Bible into German. It was this emphasis which laid the foundation for the way we see Luther today. No discussion of the Reformation is possible nowadays without mention of Luther’s contribution to the development of modern German.

One result of the internal struggle within Lutheranism was that it was no longer clear who Martin Luther really was. A host of different images of the reformator developed. The German Enlightenment philosophers, many of whom were influenced by Pietism, began to draw a distinction between the Lutheran faith and Luther the man and to secularise the image of Luther as an individual. The reformer became a representative of progress, the creator of the German language and a herald of “freedom”. Later, the philosopher Friedrich Wilhelm Hegel would describe the Reformation as the “breakthrough for freedom.” This idea quickly became associated with Germany’s emergence as a nation state. In 1817, German student fraternities held a festival at the Wartburg, where Luther had translated the Bible. Luther’s protest against the emperor and the pope was now interpreted as unbending resistance to a foreign, non-German power. 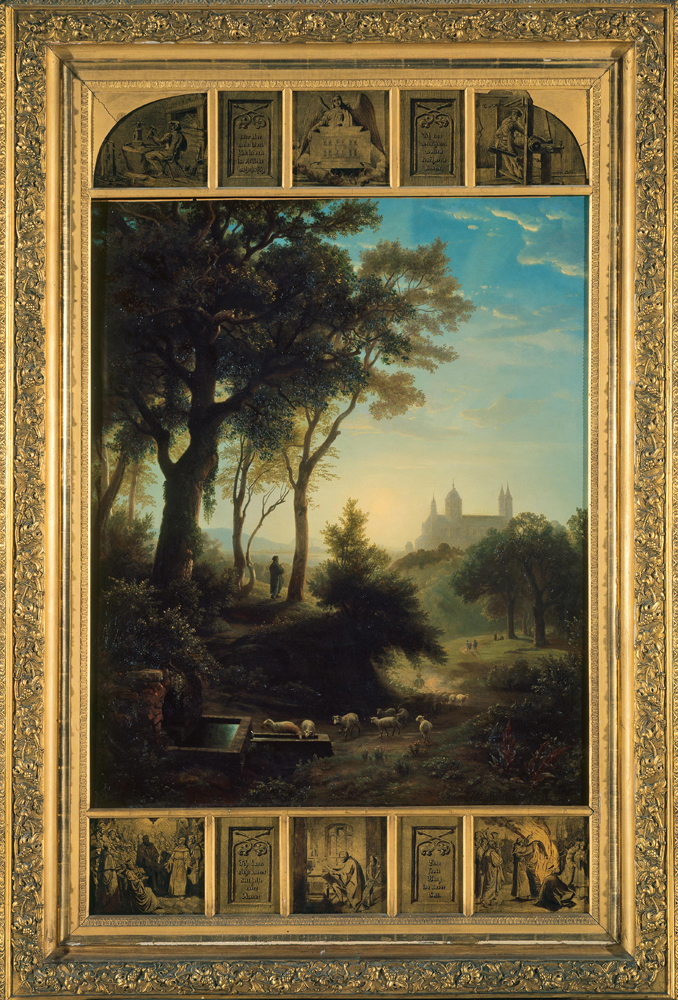 After the dissolution of the Holy Roman Empire in 1806, a new Lutheran legacy began to be constructed, one that resonated with distinctly German (or “Lesser German”, as opposed to “Greater German”) sentiment that excluded the Catholic Austria of the Habsburgs. A bourgeois image of Luther began to emerge, in which his family life took centre stage. The typical 19th century portrait shows the reformer and his family around the Christmas tree. Instead of the revered founder of the Lutheran Church, he was now seen as a man with a personal life of his own. A veritable flood of Luther illustrations swamped Germany after 1850. Luther legends were born, turning the reformer into a German hero and patriot. In 1917, in the throes of the First World War, he was again called upon to fill this role. Luther now became the epitome of Germany’s will to defend itself. 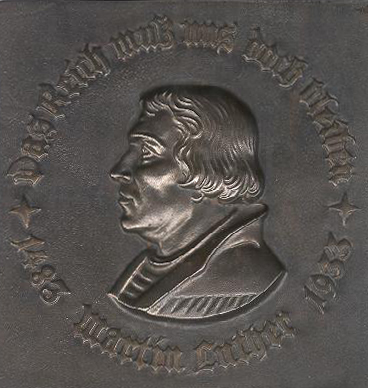 Post 1933, the German Evangelical Church and German national hubris entered into a remarkable alliance. Luther came to symbolise a “particular German Christianity” (Hartmut Lehmann). The “German Christians”, a movement within the German Evangelical Church which was close to the Nazi Party, chose the Lutheran hymn “Ein feste Burg ist unser Gott” as its anthem. Lutheran antisemitism dovetailed with the racism of the dictatorship. Meanwhile, abroad, theories began to emerge as to why fascism had been able to take root in Germany: in 1941 the book “From Luther to Hitler” by William M. McGovern appeared in the USA.

After the war, socialist historiography in East Germany interpreted the Reformation as “Revolution No. 1” (Friedrich Engels) and thus as the starting point for the GDR. In this scenario, however, the main reference was to the German Peasants’ War of 1525, whose central figure was not Luther, but the peasant leader, Thomas Müntzer. Still, the GDR’s image of Luther changed over time: from being the “lackey of princes” in the 1950s, he became the subject of an official commemoration in 1983, the 500th anniversary of his birth. A major contribution to this commemoration was the exhibition “Martin Luther and His Time”, mounted by the Museum für Deutsche Geschichte, the predecessor of the Deutsches Historisches Museum.

While the slogan “Luther is dead!” was still on-trend in West Berlin in 1983, in 2003, viewers of the German ZDF television channel voted Martin Luther the “second-greatest German of all time”, after Konrad Adenauer. In the past ten years, the hype surrounding the person of Martin Luther has been increased even more by the Luther Decade. Many echoes of bygone Luther jubilees have contributed to the general hubbub: sometimes Luther appears as a sweet little Playmobile man, sometimes as a larger-than-life Bible translator; sometimes he stands for the revelation of Christian teaching, sometimes for the German hubris of the past. This year’s commemoration strikes many sparks from his contradictory persona.