Model ship of a Lübeck fluyt

To some it may be obvious that a history museum would include model ships in its collection, but to many others the reasons why might be less clear. In our series “What’s That For?”, exhibition curator Thomas Eisentraut presents European history from a maritime perspective with the example of a model fluyt from the permanent exhibition. The sea’s important role in European history and in Europeans’ self-understanding is the topic of the Deutsches Historisches Museum’s large survey exhibition “Europe and the Sea”, which will open in June 2018.

Within its collections, the Deutsches Historisches Museum has at its disposal various model ships closely connected with the maritime history of Germany. While some may initially be astonished by the unexpected abundance of model ships, throughout the ages ships have played an important role in the development of Germany and Europe. At the latest since the Middle Ages, seafaring has been an indispensable element of international trade. Powerful trade alliances such as the Hanseatic League used ships for this purpose, particularly the cog and the fluyt.

The wooden model of a fluyt made around 1900 represents a very special type of ship that revolutionized European seafaring in the long term. The fluyt, which was developed in the Netherlands, was a special construction that is first mentioned in written sources in the late 16th century. With its three tall masts, the ship had a large sail area, which allowed it to travel at high speeds. Over the elongated yet bulbous shape of the ship’s hull lay a narrow deck. This particular design was developed out of economic expediency. In the period from 1429 to 1857, the passage through the Øresund cost money. For passage through the strait between the North and Baltic Sea, each ship had to pay a fixed duty, which flowed into the private coffers of the Danish king. Until 1669, this was largely calculated on the basis of the deck’s dimensions in cubic meters. A bulbous ship with a narrow deck thus paid less than a broader (“funnel-shaped”) ship.

There is a long tradition of manufacturing model ships, which served various functions. On the one hand, as an object of study for shipbuilders, they served as an indispensable instrument for both construction and the transfer of knowledge. Depending on the model’s purpose, different types of models represented the ship differently. The most prevalent were so-called half-hull and full-hull models. On the other hand, models were also produced to be presented as examples to possible donors – primarily kings – and thereby encourage them to build full-size ships. It was not until the 17th century that it became customary to build the model ships to scale. 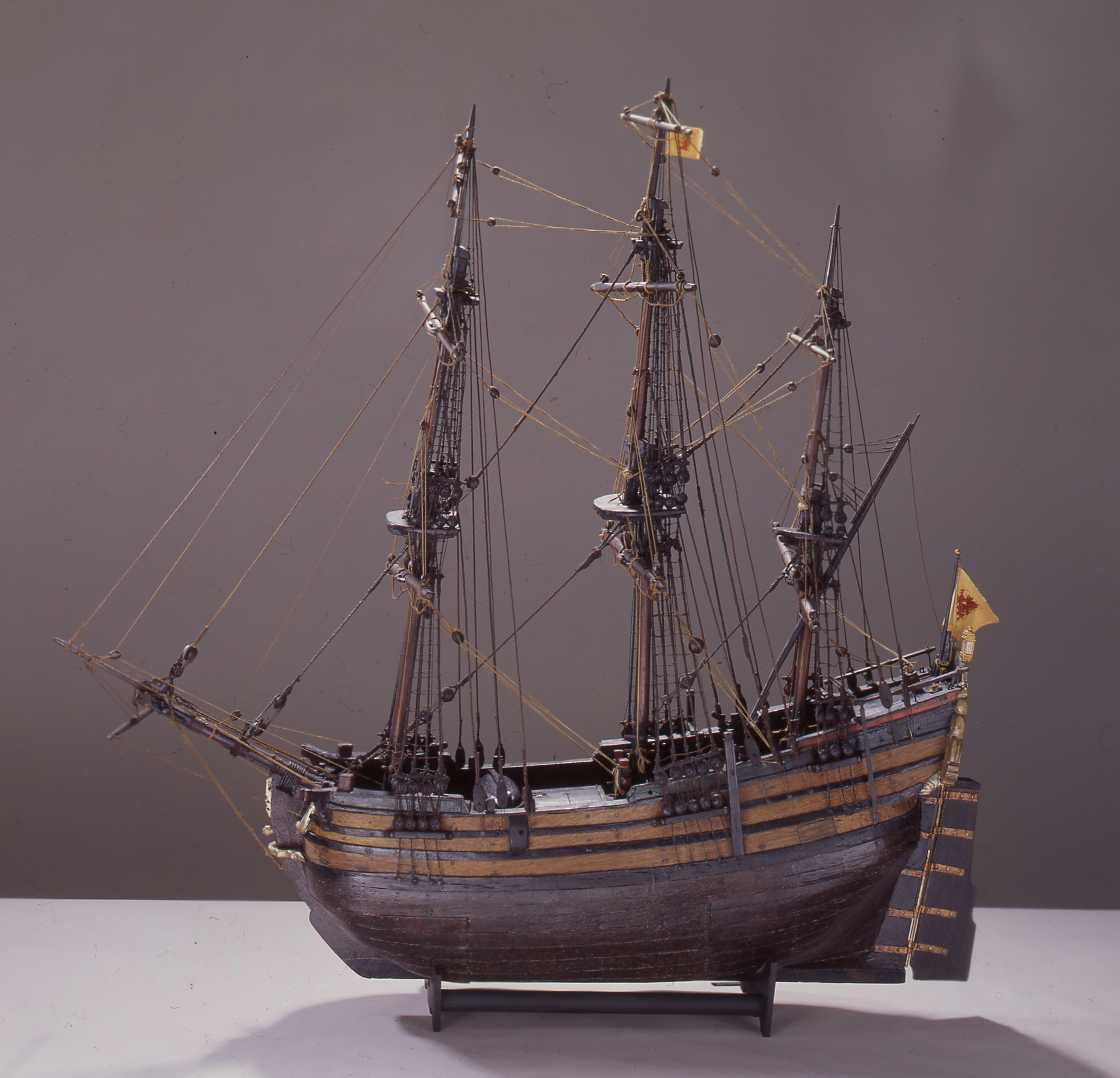 The appearance of a flute

Different explanations exist as to why the ship was referred to as a “fluyt”. One widespread assumption is also very obvious: With its distinctive bulge above the rudder, the ship’s stern resembles the head of a flute. The name and its spelling variations “fluite”, “vliete”, and “fleute” were probably derived from this.

With time, many European countries began constructing fluyts, which were suitable for the transport of heavy and bulky cargo. Individual trading towns, including Lübeck, did not build the ships themselves, but instead purchased them from the Netherlands or other countries. Over the course of the 17th century, the fluyt ended up dominating the whole of European seafaring. On the basis of the fluyt’s construction, 18th century warships like frigates and ships of the line were later developed.