Animals and Wall Plates. What state visits have in common with Bob Marley and the Saarland

Imagine a distant acquaintance has invited you for a meal. You are pleased to have been invited and start making plans. You should of course bring along a gift for your host, but other than wine or chocolates, what might that gift be? Preferably it should say something about your personality, make you seem interesting, while at the same time appealing to your host’s tastes. It should be obvious that you have put some thought into choosing the gift. Historian Robert Kluth means in this instance, giving a present becomes a complex task.

The protocol departments of governments will face similar problems, when heads of state are visiting the Federal Republic of Germany or when today Federal President Frank-Walter Steinmeier is visiting Slovakia. While a state visit of this kind is more formal than a private visit, both occasions feature gifts brought by visitors. So what sort of present should you give on a state visit?

Elephants for the Emperor

In 1954, the government of the recently founded Federal Republic of Germany (West Germany) announced that it was to receive an important visitor. An emperor was coming to Bonn! The visiting dignitary in question was Haile Selassie, leader of Abyssinia (present-day Ethiopia) – at the time, the world’s oldest state.

Bonn was at this point in its history unaccustomed to hosting state visits. Haile Selassie was the first head of state ever to visit the Federal Republic. Waiting at the platform (back then, even emperors travelled by train) were the leading figures of West Germany. Lined up were the Federal President Theodor Heuss, the Chancellor Konrad Adenauer, and several ministers-presidents representing a number of West Germany’s constituent states. Above them – to ensure a reception befitting an emperor – was an 80 metre-long canopy, while artificial grass had been laid underfoot. Organizers had enlisted elephants, camels, and ponies from the Hagenbeck Circus, which had set up tent in Bonn at the time, to form part of the welcoming party. Having arrived at the platform, the Emperor stepped off the train and was immediately taken aback: he noticed a green-white-red flag fluttering in the wind! Why had the flag of Italy, the Emperor’s archenemy, a country he had had to fight in the Second World War to defend his empire, been raised here? Someone explained that these were in fact the state colours of North Rhine Westphalia, which put the Emperor at ease.

The Emperor gave his hosts a table decoration, a small triumphal column. It was made from precious materials: ivory, gold, and silver. During his subsequent tour of West Germany, Haile Selassie would continually bemuse his hosts by giving gold coins as alms to members of the public. 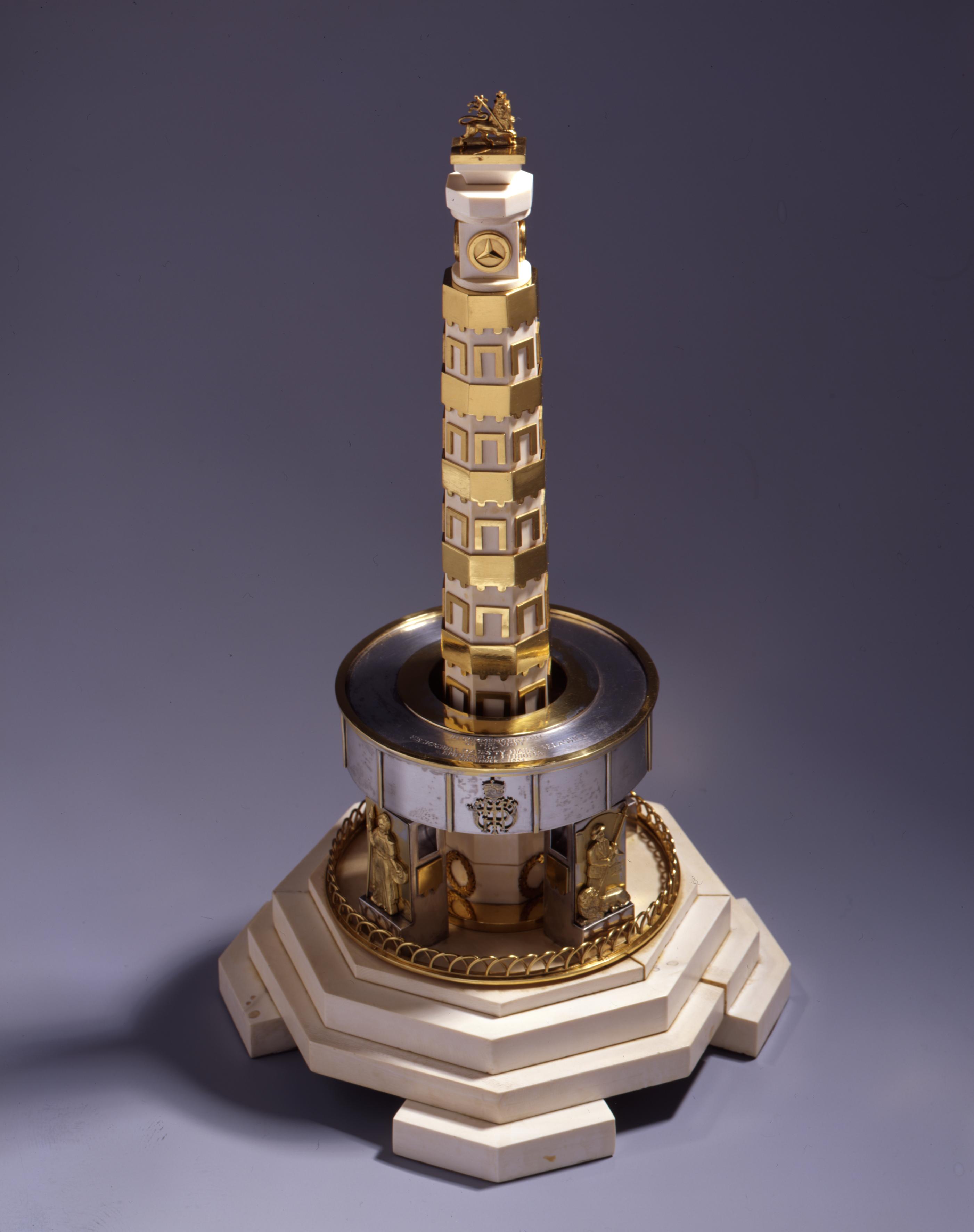 Today the gift can be seen as part of the permanent exhibition at the Deutsches Historisches Museum. Crowning the column is a lion. This is the Lion of Judah, a messianic figure from the Book of Revelation. “Lion of Judah” is one of the biblical titles by which the “king of kings” styled himself in his incarnation as the 225th successor of Solomon, the Old Testament king. The musician Bob Marley revered the Emperor as the black Messiah, later writing a song to honour the “lion” from Ethiopia.

A Trip to the Saarland

While the young Federal Republic was able to bask in the reflected glamour of visiting monarchs, some 30 years later, the country was visited by a leader with a rather more secular title. On 7 September 1987, the “General Secretary of the Central Committee of the SED and Chairman of the Council of State of the German Democratic Republic”, Erich Honecker, visited West Germany. A man who, with his horn-rimmed glasses, bald patch, and grey hair embodied the ideal image of a Communist leader.

This visit was another world first. Never before had a representative of the GDR (East Germany) been permitted to visit the Federal Republic. Having travelled to his destination by airplane, Honecker set foot on West German soil for the first time in 40 years. He was accorded all the usual honours: the East German anthem was played, and the country’s flag raised next to that of the Federal Republic.

The host, Chancellor Helmut Kohl, later described his experiences of the scene in his memoirs, writing that he felt as though turned to stone, as “the hitherto unimaginable became true”. Up until this point, West Germany had remained steadfastly faithful to the idea of an eventual reunification of the two Germanys, and did not recognize the GDR as a legitimate state. The writer Friedrich Dürrenmatt thus interpreted Honecker’s official visit as the “staged funeral of German reunification”. The prospect of the two German states reuniting seemed more remote than ever.

Honecker also visited his homeland, the Saarland. The man who epitomized the SED’s bureaucratic regime was here transformed into the role of a miner’s son who had upped sticks and found success abroad. He was driven in the state limousine past his parents’ modest home in Wiebelskirchen. He picked an apple in the garden, and met for coffee and a slice of crumble with his sister. The city’s inhabitants, many of whom had known Honecker from his time as a member of the Communist Youth Movement, lined the streets as he drove by. It was a triumphal procession. The man who had spent the period between 1935 and 1945 in prison now returned as the head of the “other” German state. He commemorated the event by presenting the city with a wall plate. 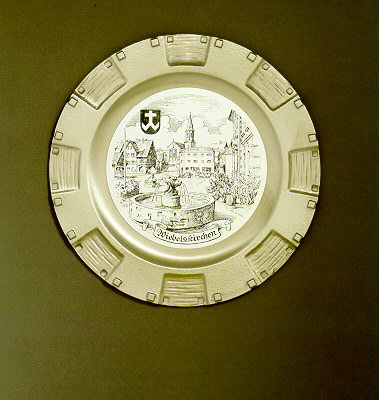 Wall plate with a view of Wiebelskirchen, 1987 © DHM

It is displayed in the permanent exhibition of the Deutsches Historisches Museum, where is serves as a reminder of the crowning moment of Honecker’s life and work: in 1987, it seemed as though the Federal Republic had accepted the GDR as the second German state. Two years later, the GDR collapsed.