“No sensational news in the world today”

In the week beginning March 6, 1989, during a conference organized in Vienna by the Organisation for Security and Cooperation in Europe (OSCE), negotiations began on, aimed at reducing the danger of military confrontation in Europe.1

Meanwhile Wintex-Cimex 89, a secret NATO decision-making exercise, was taking place in Bonn, and would continue until March 9:

… this is carried out every two years toward the end of winter, it is the tenth exercise of this sort. it is intended to review precautionary procedures which are prepared for defensive measures in the event of a possible crisis…. the exercise’s starting point is a hypothetic political and military crisis. the basis of the exercise is an invented scenario agreed within nato, and its subsequent fictional development.2

From a dramatic viewpoint, the Wintex-Cimex Script 89 surpassed all previous scripts for the exercise. In this version, a nuclear first strike by NATO was to be followed by a second strike, which would devastate large swathes of East Germany, Poland, Czechoslovakia, and Hungary. However, Helmut Kohl intervened and the exercise was abandoned. The German news magazine Der Spiegel reported:

… However, unlike previous occasions, this time the West Germans did not play along with the script prepared by NATO staff officers.

As intended, the West German government and the ‘Emergency Parliament’ assembled within the deep tunnels of the government bunker in the Ahr Valley….

With the approval of Chancellor Helmut Kohl, the ‘planned escalation to restore deterrence’ began: twenty-five atomic bombs were exploded in Poland and the Soviet Union….

This was the point at which previous Wintex exercises had come to an end. But this time the insane war was slated to go further, according to the latest version of the script. In the script, NATO military forces wanted to launch another nuclear attack, a ‘second strike’, given their adversaries’ reluctance to surrender.

For the Germans, this was a step too far…Kohl’s order to Schreckenberger (the ‘chancellor’ in the exercise) was short and sweet: ‘We’re pulling out!’3

The weather forecast on March 7 – mostly clear, with moderate winds – made Winfried Freudenberg very happy, it felt almost like a liberation after all these months of fearing being caught, his wife would later state for the record. They had been waiting for favourable winds since mid-February, when they’d finally got the balloon ready. Freudenberg, an engineer by training, had constructed it out of gardening ground sheeting. The couple was waiting until dark, only then would they begin to load up the Trabant car. The most important object – the key to Berlin-Pankow Gasworks Control Station – was tucked away safely in Winfried Freudenberg’s pocket. That key was the only reason he had taken the job at the Energiekombinat (Energy Combine) in Berlin, just a few months before. He had planned everything with the precision of an engineer, but the only thing not accounted for was the waiter, who was in fact just a casual worker.

Freudenberg had already turned on the gas in Pankow, the sandbags and laundry bundles were already on board, along with ten music cassettes. The balloon was not yet entirely filled with gas when, around 1:30 a.m., the waiter, on his way home from the night shift, caught sight of the silhouette of the balloon, its garden foil shimmering white around 500 metres away. He called the police.

By 2:10 a.m. the balloon was still not fully inflated. Sabine and Winfried Freudenberg heard a car pull up at the isolated site. We’ve got to go, Winfried shouted, but Sabine hung back. How can it work, she asked with panic in her voice, there isn’t enough gas for both of us. Police officers climbed out of the car and ran towards them. Go, she said, we’ll get through this. He hesitated, Go! she said again. He cut the anchor rope. He looked so helpless, she would later say. She hid in the bushes, and the police officers failed to notice her. They watched as the balloon climbed. It brushed against an electricity cable then disappeared from view. The officers gave no order to shoot it down. On the ground, they found the couple’s bag, containing their marriage certificate –

On March 8 at 7:00 a.m., the presenter of Chronicle, Hungarian radio’s early morning programme, greeted listeners in a cheerful voice:

No sensational news in the world today, but I’d like to highlight one story, because it also affects us: Soviet-American relations are coming along well, as confirmed by the foreign ministers of the two countries yesterday in Vienna.4

west berlin police have found a balloon of approximately 15 metres diameter close to the wall, and now suspect that a citizen of the GDR may have failed in an attempt to flee to the western sector of the city… the police officers found … objects – a radio, books and clothing – all of which originated in the GDR. the balloon, at first mistaken for a weather balloon, has been brought to a laboratory for further investigation. it also remains to be determined if the craft was capable of carrying a human being.5

In Budapest, Baranyai reported back to the Stasi headquarters in Normannenstrasse, Berlin: on March 8, for International Women’s Day, I sent greetings and flowers to our prospective agent, paying 260 forints in total. Analysis of meeting with prospective agent ‘Wölfi.6 The prospective agent ‘Wölfi’ was a young teacher of German, just beginning her employment as East German lecturer at the Baja teacher training college. There, she very precisely observed the intensification of the situation in Hungary, and regularly reported on her Hungarian colleagues and students, in particular on the expression of views contrary to socialism and world peace. 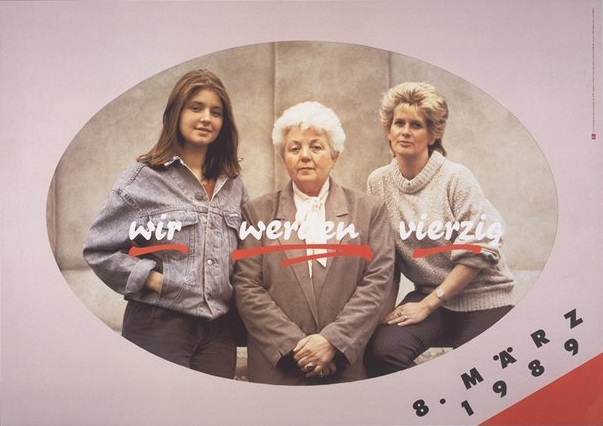 On Wednesday March 8, Angelika Speitel, a former terrorist with the Red Army Faction (RAF), was pardoned by West German president Richard von Weizsäcker. She had been sentenced to life imprisonment on November 30, 1979 as a result of her participation in the kidnapping and murder of Hanns Martin Schleyer. In this case, President von Weizsäcker made use of his power of pardon despite vehement protests, in particular from members of the Christian Social Union, the Bavarian sister party of Von Weizsäcker’s own Christian Democrats. The Bavarian justice minister, Mathilde Berghofer-Weichner, spoke of her outrage at this perverted act of mercy. CSU general secretary Erwin Huber said that it would send the wrong signal if precisely those prisoners who were enemies of the state were now to receive a special show of mercy. However, the magazine Der Spiegel commended the president’s act of clemency: She has shown honest remorse (11/1989) was one of the magazine’s headlines in the issue of March 13, 1989. The cover illustration that week was an outsize image of Alfred Herrhausen, the all-powerful chief executive of the Deutsche Bank, along with the title Lord of Money. On this spring day, no one knew that the ‘German Autumn’, which began with the kidnapping of Schleyer in 1977, would see an epilogue later that year, with the RAF’s assassination of the same Lord of Money.

In the late evening of March 8, RIAS, the American radio station in West Berlin, broadcasting from its studios in Kufsteiner Strasse in the Schöneberg district, reported the following development:

Early today, an unusual and daring escape attempt ended fatally for a 32-year-old citizen of the GDR. The man had already successfully flown his homemade balloon across the Wall and other barriers when he crashed…

In the afternoon, at around 15:00, the body of a young man was discovered a few hundred metres further on, at Limastrasse 9, on an area of ground behind Mexikoplatz. National security agencies immediately intervened in the investigation. Neither the owner of the building nor the police provided any details. Residents say they noticed nothing, but were simply surprised at the sudden commotion.

On March 9, Erich Honecker, the East German leader, read the Ministry for State Security [Stasi] Report to Erich Honecker on the Escape of Winfried Freudenberg in a Gas Balloon

INFORMATION on the illegal departure from the GDR towards West Berlin by a male person by means of a gas balloon on March 8, 1989

In the early morning hours of March 8, 1989, the GDR citizen

By means of a self-made gas balloon illegally flew over the GDR state border to West Berlin. Investigations undertaken so far by the Ministry for State Security, in cooperation with police, reveal the following:

Responding to information provided to police by a GDR citizen about a gas balloon located on the grounds of the local control unit of the Berlin Energiekombinat in 1122 Berlin-Blankenburg, Schäferstege 14, a unit was immediately dispatched to the scene. Here, at around 2:10 a.m., they saw the ascent of the aircraft to which a person was strapped.

After take-off, the balloon touched an electricity cable, causing a short circuit and power cut in the neighbouring garden allotments. The balloon subsequently moved off in a westerly direction, and was not seen again over the territory of the GDR.

There was no use of firearms by the police officers present.

As a result of an examination of the crime scene and immediate search measures undertaken, the wife of FREUDENBERG, Winfried, XX (24), born on XX, profession: XX, employed as: XX, was identified as an accomplice and arrested.7