Salzburg – Vienna – Berlin: The Trail of a Search

The Day of Provenance Research, initiated by the “Arbeitskreis für Provenienzforschung“ (Working group for provenance research), takes place once every year in April. On this day the museums present their current research strategies and principal lines of inquiry. In the DHM blog our provenance researchers shed light on their usually meticulous detective work in searching for the origin and original owners of the objects. In this article Dr Heike Krokowski describes her research on the portrait painting “Hofzwerg”, or “Court Dwarf”, that once belonged to Max Reinhardt as well as her trip from Berlin to Salzburg and Vienna and finally back to Berlin that was necessary in order to trace the trail of the painting to our museum.

How should one imagine the details of a provenance research project? The example of a painting in the DHM shows how (time)-intensive the research of the provenance of a painting can be. How numerous books have to be pored over, archives visited, requests placed, and nevertheless it is often thanks to mere chance that the problem can be solved. 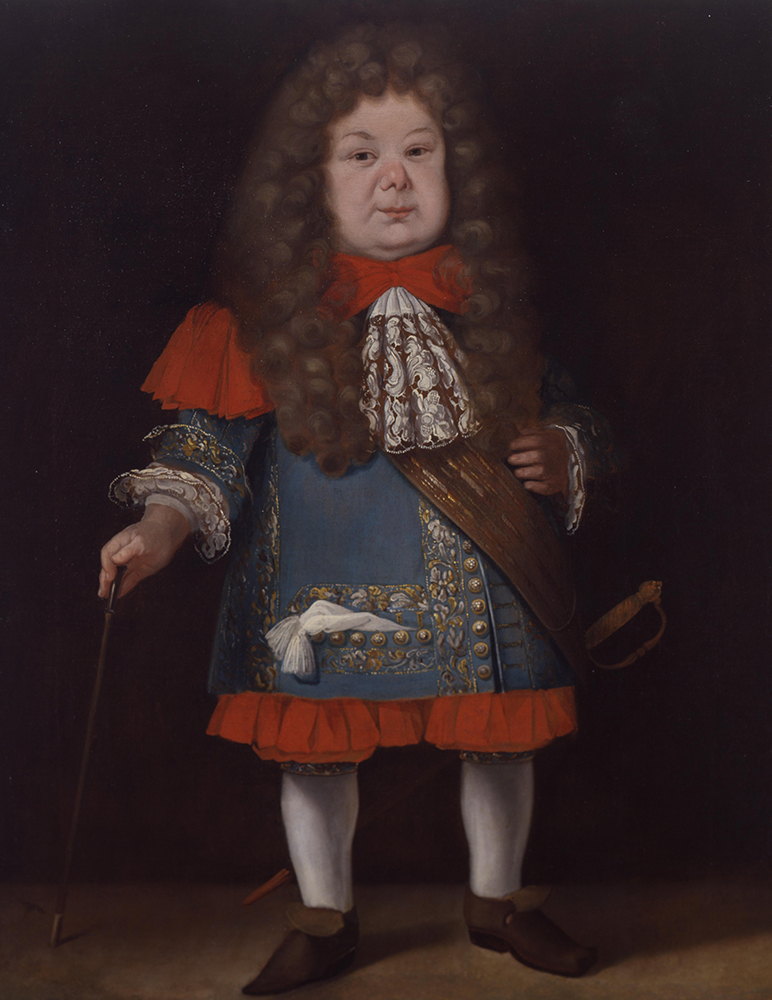 The Deutsches Historisches Museum purchased the portrait painting “Court Dwarf” in 1988 from an art dealer in Munich. It has two stickers on the reverse side that provide information about its former owner: “Collection Max Reinhardt” and “Schloss Leopoldskron Nr. 2477”. If one is not familiar with the name of the famous theatre director and impresario Max Reinhardt and his legendary reputation for modern theatre, one only has to have a look at the relevant sources to find out that Reinhardt had to go into exile during the National Socialist period due to his Jewish background. It was therefore of the greatest importance to clarify when and how the “Court Dwarf” changed owners. 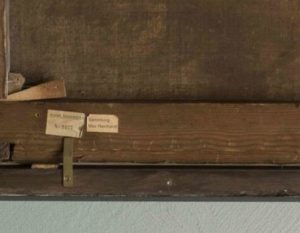 First I had to determine whether the painting was still in the possession of Max Reinhardt after 1933 in order to exclude the possibility that the picture had been sold before the beginning of the Nazi regime. Some biographical descriptions from the close circle of Max Reinhardt – recollections of his second wife, his younger son and his long-time private secretary – confirm the famous director’s passion for collecting. Individual artworks are mentioned here, but unfortunately not the “Court Dwarf”. Another publication deals explicitly with the expropriation and restitution of Reinhardt’s property in the district of Salzburg, Schloss Leopoldskron. The numerous indications of archive material in this book promised information about the art collection at Schloss Leopoldskron and its whereabouts during the National Socialist rule. 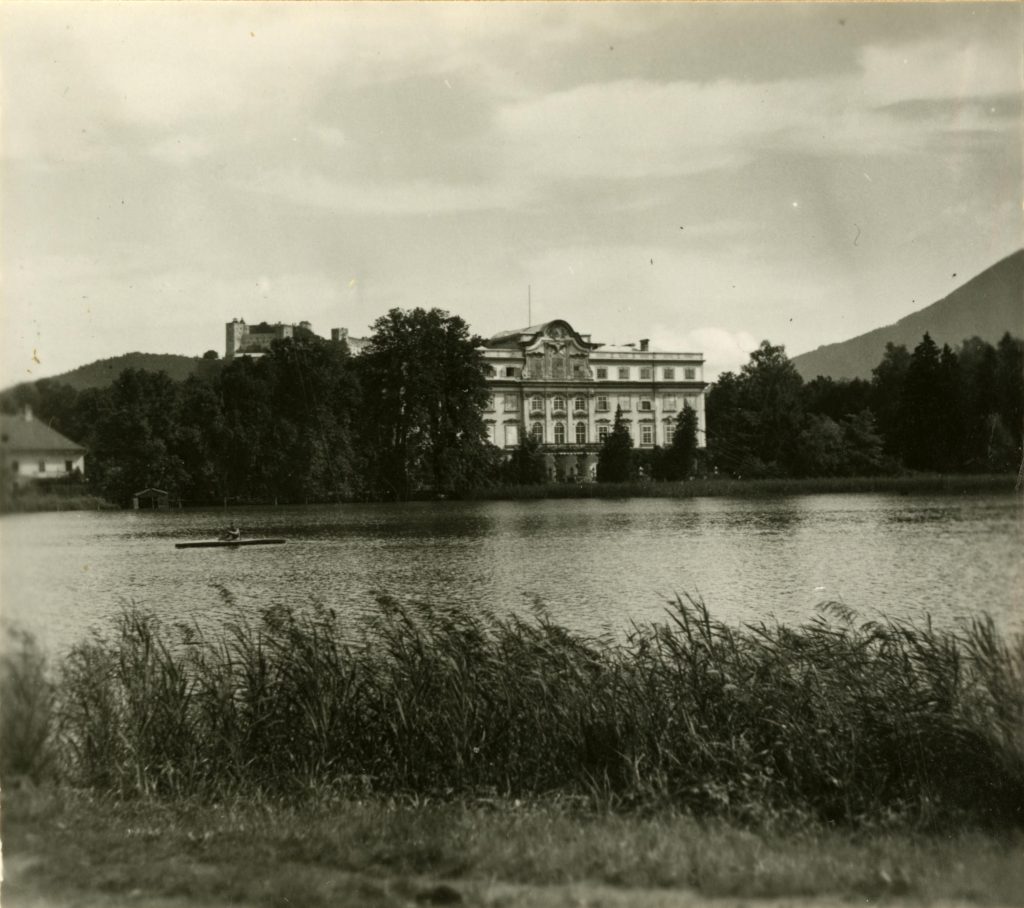 Reinhardt had bought Schloss Leopoldskron, a late baroque palace, originally built by the Prince-Archbishop of Salzburg, at the end of the First World War. He had it renovated, redesigned and furnished with artworks from bis Berlin collection. In 1937 Max Reinhardt and his wife, the Viennese actress Helene Thimig, went into exile in the USA, settling in Hollywood. Only a few weeks after Austria was “annexed” into Nazi Germany, in March 1938, the Gestapo confiscated Reinhardt’s Salzburg property.

To search for traces of the picture it was therefore necessary to travel to Salzburg. In the Salzburg state archive there are files about the confiscation and securing of assets from Reinhardt’s Salzburg property.1 These contain several lists of art objects that were confiscated in March 1938 or were reported to the administration of the Salzburg “Gau” in 1939. But the “Court Dwarf” could also not be found in these lists.

The next station of my trip was the Vienna Library in the Austrian capital, which preserved part of Max Reinhardt’s estate.2 It consists mostly of letters from Rosina Gwinner, the housekeeper at Leopoldskron, to Reinhardt’s wife and to his private secretary, Auguste Adler. Gwinner was responsible for shipping the artworks, furniture and household articles to Hollywood that were permitted to leave by the Reich government in Berlin. Beforehand she sent a list of the corresponding objects to the USA. But: the “Court Dwarf” was not among them.

Finally I hoped that I would find more about the whereabouts of the “Court Dwarf” in the regional branch of the Vienna federal monument office in Salzburg, which was responsible for Schloss Leopoldskron. The archive there kept files on the protection and restoration of the historical buildings and the palace park. Of particular interest are photographs of the interior rooms and of individual artworks from the Schloss. But again the “Court Dwarf” could not be found in the photographs nor in a list of art objects that had been transported to Munich by Max Reinhardt’s heirs after Leopoldskron had been restituted to them in 1950.

And yet this list gave the decisive indication of a possible further connection with Munich, for the DHM had purchased the painting from a Munich art dealer. Upon request, the gallery declared that it had acquired the portrait some years before it had sold it to the DHM through an auction in the Munich auction house Hugo Ruef. Now the research led back to Berlin: our student assistant Liesa Andres searched through auction catalogues and the art trade magazine “Die Weltkunst” in the Berlin Art Library. With success: An auction notice in “Weltkunst” from 1 November 1983 announces the sale of a large number of art objects from the former possessions of Max Reinhardt. In the catalogue the auction house Hugo Ruef reports that Max Reinhardt’s son Gottfried had put up more than 500 works for sale. And this time the “Court Dwarf” was there with a photograph! No possibility of confusion. And thus my search for the “Court Dwarf” led from Berlin to Salzburg, Vienna and Munich, and back again to Berlin. The research showed that after restitution and voluntary sale by the heirs there could be no objection to the purchase of the work by the DHM. The portrait of the “Court Dwarf” can be admired in our Permanent Exhibition in the Zeughaus.