Tip of the Iceberg

The expression “tip of the iceberg” implies that only a small part of a problem or a context is discernible and will catch the eye. The much greater part of the iceberg – or problem – remains hidden at first. In this third article in our series on the occasion of the Day of Provenance Research, Christopher Jütte proceeds from his own research experience to show that provenance researchers are often confronted with such “icebergs”.

After an initial study of the provenance of one of our paintings depicting the so-called “Abduction of the Altenburg Princes”,[1] the DHM decided in 2015 that further research into previous owners should be undertaken, because there is a sticker on the back of the painting that indicates that it once was part of the inventory of the Altenburg castle. But how did the painting come to be part of the collections of the Deutsches Historisches Museum? Since neither the inventory book nor the museum’s own database provided information about former owners, it was necessary to delve more deeply into the problem. It could only be determined that the painting had been entered into the inventory of the Museum für Deutsche Geschichte (MfDG) in 1958. 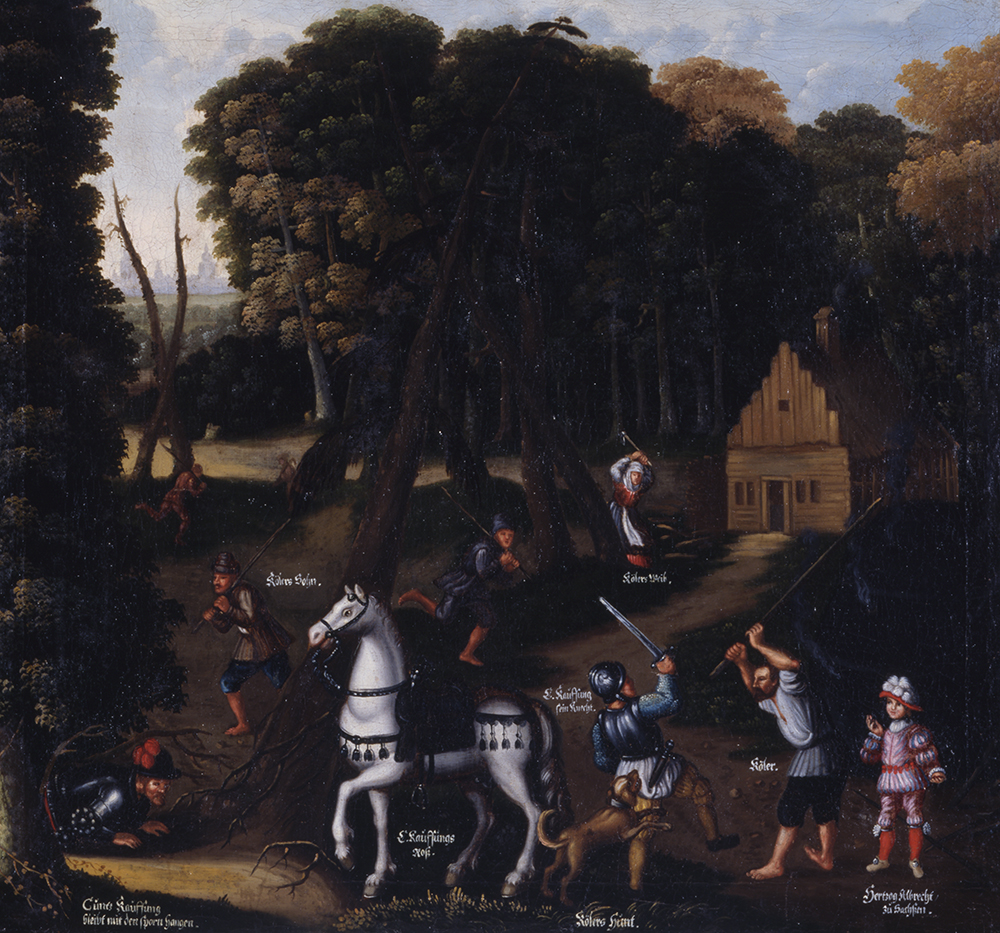 The MfDG was founded in East Berlin in 1952 with seat in the Berlin Zeughaus as central history museum of the German Democratic Republic (GDR). It was dissolved, however, in the course of German reunification and its collections were transferred to the Deutsches Historisches Museum, which had been founded in 1987.

Numerous objects were entrusted or transferred to the MfDG by state institutions of the GDR, particularly in the early phase of the GDR in the 1950s. To a large extent the objects came from expropriations of castle or estate owners, so-called “castle recoveries”, that were carried out within the framework of the land reform in the Soviet Occupation Zone (SBZ) from the middle of the 1940s.

It was therefore only logical to see whether the painting in question could be found in the context of the land reform. Another picture from Schloss Altenburg, for which – unlike the “Abduction of the Altenburg Princes” – a previous owner was noted in the database, revealed new research clues. The new trail led to Schloss “Fröhliche Wiederkunft” – “Castle of Happy Return” – in Wolfersdorf, Thuringia. An examination of the database and the inventory listings for the provenance “Wolfersdorf” turned up a number of other objects that had been entered into the inventory between 1955 and 1965. Notable above all in this context are four large panel paintings from the 17th century that portray the life of the Saxon Elector Johann Friedrich I (1503–1554)[2] and were already listed in the MfDG inventory in 1955, three years before the “Abduction of the Altenburg Princes”. Since these objects seemed to be connected in a yet unknown way, we decided to undertake further archive research. 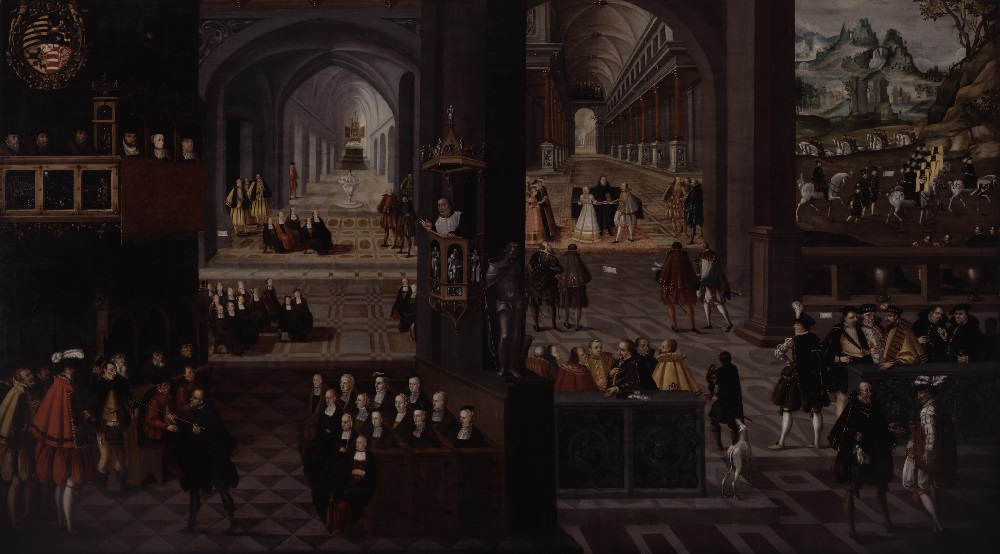 The connecting link between the castles in Altenburg and Wolfersdorf is Ernst II of Saxony-Altenburg (1871–1955). From 1908 until his abdication in 1918 he was the reigning Duke of Saxony-Altenburg. Both the residential castle in Altenburg and the “Fröhliche Wiederkunft” castle in Wolfersdorf were among his properties. After the Second World War the Wolfersdorf castle and the rest of Ernst’s assets, which since 1943 had been concentrated in a cultural foundation he had founded, were seized and expropriated in connection with the land reform in the Soviet zone. But Ernst II had a very good relationship with the Soviet Military Administration (SMAD), which assured him lifelong right of residence in Schloss “Fröhliche Wiederkunft” – an exceptional case in the territory of the SBZ – of which he made use until he died in March 1955.[3] What remained of his assets became property of the state.

After the death of Ernst II the council of the district of Gera took over the administration of the castle. Because it was planned to turn the castle into a youth detention centre, its furnishings were quickly cleared out. The council of Kreis Stadtroda distributed the remaining possessions of Ernst II to regional museums. Through the intervention of the Ministry of Culture the MfDG was able to acquire objects from the estate. According to the protocol that was found in the DHM’s own archives after an exhaustive search, the transfer of the objects took place on 19 July 1955.[4]

Detail of transfer protocol from 19 July 1955 with list of transferred objects from Schloss “Fröhliche Wiederkunft” to the Museum für Deutsche Geschichte (DHM-HArch MfDG/Rot/29).

This list includes not only the “Abduction of the Altenburg Princes” but also around one hundred other pieces. Thus, as far as can now be determined, all of the relative objects have come into the museum’s collections in a legally acceptable way. This present case of investigation shows that provenance research on an individual object can place many other previously “unsuspicious” objects into a new context and thus generate new “problems”, but can equally clear their origin and acquisition circumstances of any possible wrongdoing.

1 The artist of the painting is unknown. It was created between 1525 and 1550. The painting is on display in the Permanent Exhibition of the Deutsches Historisches Museum.
2 The four large-scale panel paintings were probably created between 1620 and 1650. The artist is unknown. These pictures can also be seen in the Permanent Exhibition of the DHM.
3 Cf. Weigelt, Sylvia: Das Wasserschloss „Zur Fröhlichen Wiederkunft“ in Wolfersdorf. Wolfersdorf 2014.
4 The protocol is in the DHM’s own archive: DHM-HArch MfDG/Rot/29.