‘Go But Once to Darmstadt!’ – ‘Let’s Walk Down Pennsylvania Avenue’

In his last days in office as President of the United States of America, on 6 January 2021 Donald Trump called on his supporters to march to the Capitol to protest the Electoral College vote count taking place there. The ensuing scenes, which culminated in a mob storming and vandalising the halls of Congress in Washington D.C., remain fresh in our minds. Some commentators spoke of the downfall of democracy, a desecration of that most iconic of democratic landmarks, and drew parallels with the thwarted storming of the Capitol in Rome in 390 BCE by the Senones, a Celtic tribe under a military leader named Brennus. 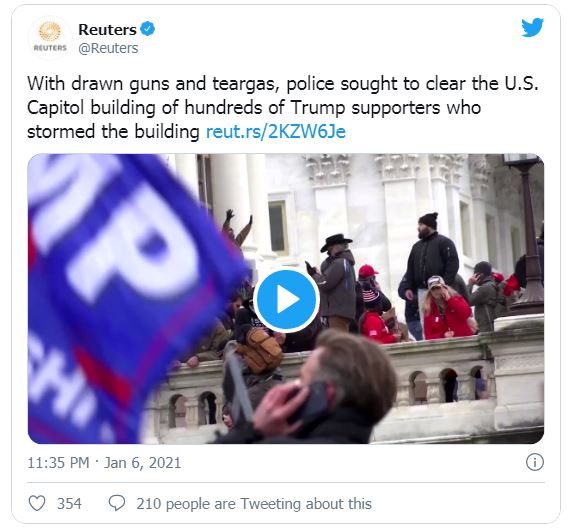 The history of storming parliament buildings extends from antiquity to the present day. The causes, instigators, and execution of these events, however, vary widely, and they can be roughly divided into four groups. The first includes the seizure of parliaments by foreign military forces in the course of an armed conflict or war. The second group encompasses the capture of a parliament building by domestic military or paramilitary forces as part of a coup. The storming of parliaments, seats of government, or palaces by revolutionary insurgents falls into the third group, while the fourth includes the storming of parliaments by a usually unarmed group of demonstrators, commonly referred to as a mob, an abbreviation for mobile vulgus, which loosely translates as ‘the fickle commoners’.

In the case of the first group, the event takes place almost coincidentally in the course of the war, and usually represents only the symbolic conclusion of a military campaign. In August 1814, for example, when British troops conquered Washington they burned down the Capitol building, the seat of the American Congress. The raising of the Soviet flag over the Reichstag in Berlin in 1945 is one of the best-known examples of the conquest of a parliament building by foreign troops. The fact that in this instance it had been years since any assembly had met in the captured building (which had lain in ruins since 1933) made no difference at all. The event still proved highly valuable for propaganda purposes, and was fully exploited in Yevgeny Khaldei’s famous staged photographs. 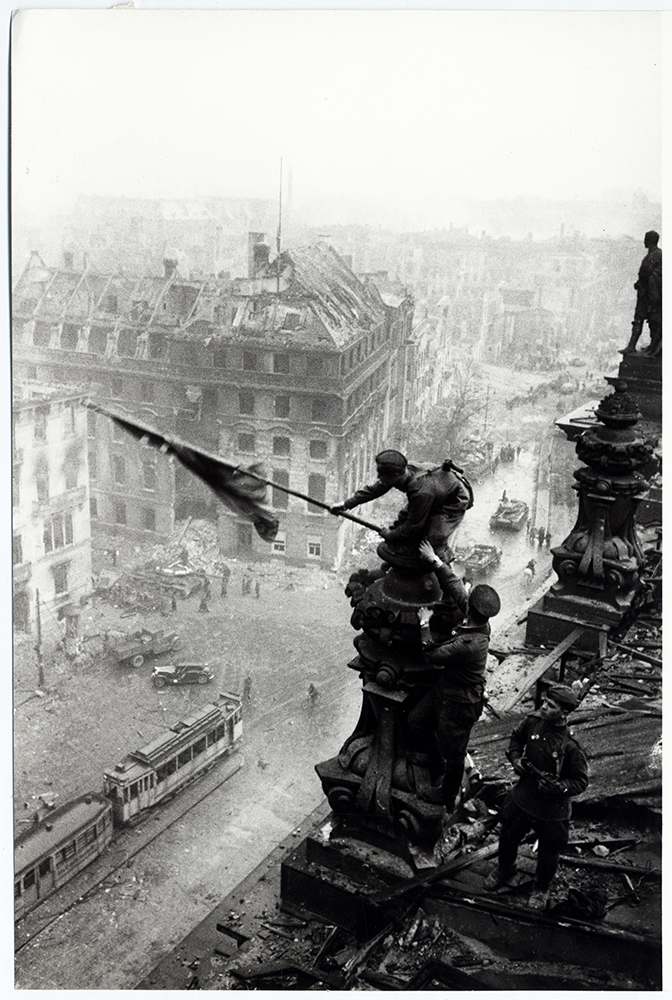 Raising the Soviet Flag on the Reichstag in Berlin in 1945, Yevgeny Khaldei © DHM

The list of parliaments stormed during military coups is long. One of the most recent such moments in living memory in Western Europe was in Madrid on 23 February 1981, and many will remember the images of members of the Guardia Civil and armed soldiers storming the parliament building in an attempt to overthrow the fledgling democracy and reintroduce a dictatorship in Spain. The situation was only brought under control when the army’s commander-in-chief, King Juan Carlos, delivered a courageous televised speech.

The bombardment on 3 October 1993 of the building known as the ‘White House’, the seat of the government in Moscow, also falls into this category. Here the building’s destruction had no real effect on the political situation.

In the wake of the current events in Washington, however, it is particularly appropriate from a historical point of view to examine the storming of parliaments in connection with revolutions and demonstrations, for here we can observe a significant and increasing concentration of such events. While the storming of parliaments during revolutionary upheavals, such as in Paris in 1792 or in Frankfurt on 18 September 1848, has been popular ever since parliaments were first established in the late 18th century, such assaults by demonstrators have become ever more frequent, particularly in the last two decades. As early as July 1834, in the course of the pre-revolutionary period known as the Vormärz, Georg Büchner called for a march on Darmstadt in the pamphlet Der Hessische Landbote (The Hessian Courier), in a text beginning with the rallying cry ‘Friede den Hütten! Krieg den Palästen!’ (Peace to all huts! War on all palaces!). In an attempt to make his critique of parliament the spark that would ignite a revolution, he wrote:

‘Go but once to Darmstadt and see how the gentlemen there make merry at your expense, and then tell your starving wives and children that their bread has landed splendidly in others’ bellies, tell them of the beautiful clothes dyed in their sweat, and of the dainty ribbons cut from the calluses of their hands, tell them of the stately houses built from the bones of the people.’ 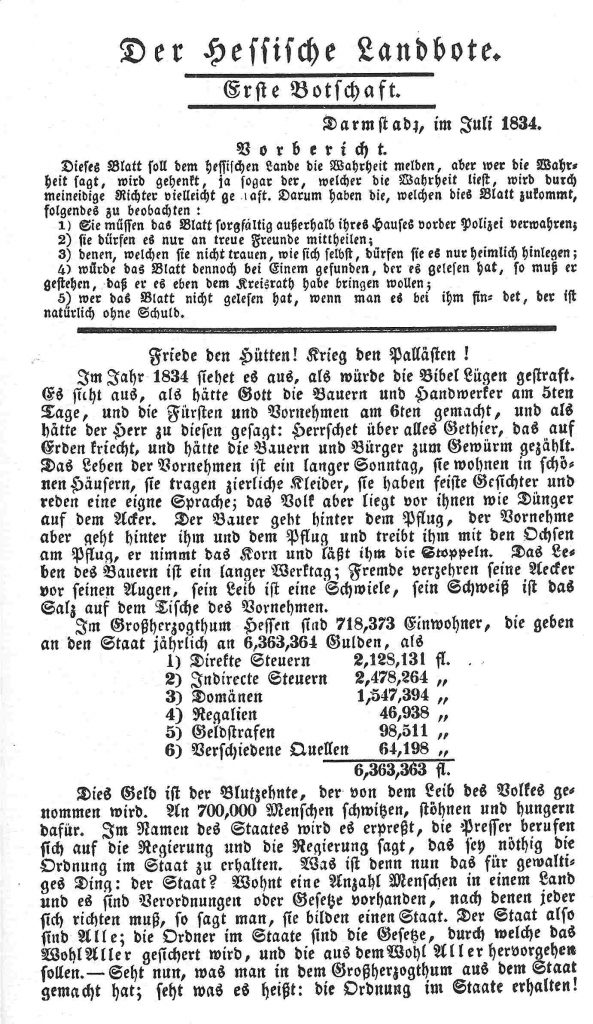 Protests against rigged or ‘stolen’ elections have played a recurring role in the storming of parliaments in recent years. From the long list above, this applies to Tbilisi, Chișinău, Ouagadougou, Baghdad, Skopje, and Bishkek, and, most recently, the riot in Washington. Modern media has certainly also contributed to the accumulation of such events, as social networks enable spontaneous actions and demonstrations to be organised and coordinated quickly and inconspicuously. Whereas Büchner’s call to go to Darmstadt in 1834 was distributed in 1200 printed copies delivered by stagecoach, Trump’s call to walk down Pennsylvania Avenue reached millions of people in real time. While in 390 BCE it was the Celts, the ‘barbarians’ or ‘foreigners’, who stood before the gates of Rome and were prevented from storming the Capitoline Hill merely by the loud gabbling of geese, in 2021 the forces were ‘homegrown’, incited by the sitting president. They rampaged through the Capitol in Washington and posed for photographs in the office of Nancy Pelosi, Speaker of the House of Representatives. For all its legitimate grievances, Büchner’s rallying cry may technically have been unlawful. Trump’s call in 2021, meanwhile, was unconstitutional, and part and parcel of his agenda of destroying the very structures of democracy on which the presidency itself is founded.