What’s that for? Roulette and Telegraphy

Why is a roulette wheel standing in the exhibition “From Luther to Twitter. Media and the Public Sphere” in the area of 19th century press? What does it have to do with a hacker attack on the French telegraph network? Curator Melanie Lyon reports on a strange piece of (rouge) history.

The roulette wheel in the current temporary exhibition belonged to the French twin brothers François and Louis Blanc and was first used in their casino in Homburg in May 1841. The clever businessmen quickly succeeded in attracting the attention of the entire gambling scene. In all the important newspapers they announced that in Homburg the double zero, which gave the casino a twofold chance, had been scrapped. Only a few years earlier the Blancs had earned a fortune by speculating on the stock exchange – with the help of optical telegraphy, a new means of communication that at the time was reserved for official state communications. 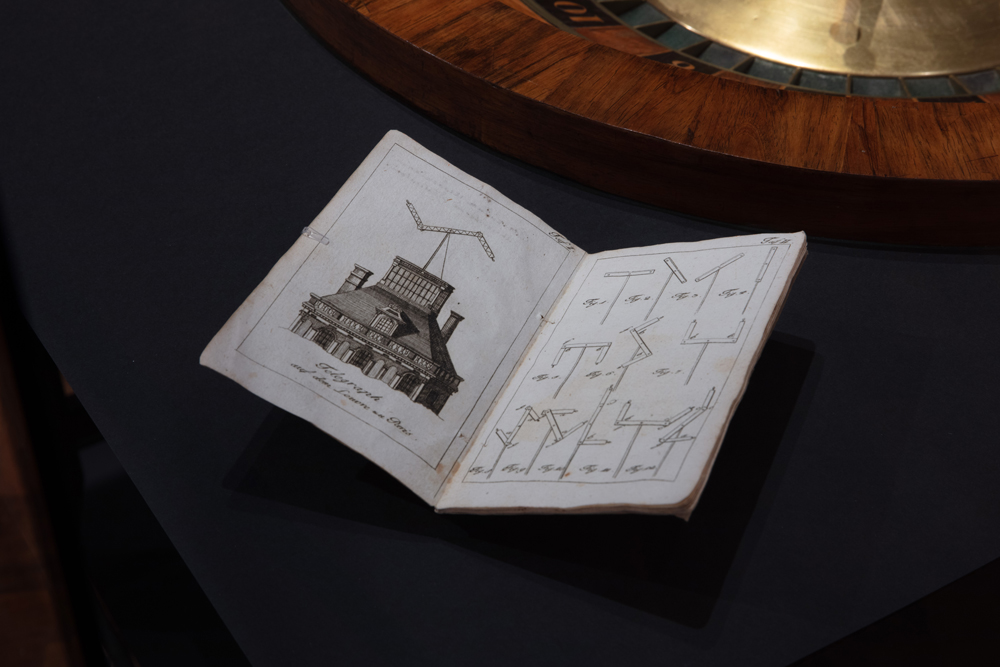 Description and depiction of the telegraph, or the newly invented teleprinter in Paris, Georg Bullmann, Augsburg, 1795 © DHM

Compared with today, when algorithms reach decisions in milliseconds, optical telegraphy seems very slow. It was developed during the French Revolution and linked French cities with one another by means of numerous telegraph towers. Movable signal arms used fixed codes to transport messages across long distances. Starting in 1794, a first line of 22 stations connected the cities of Paris and Lille. A single symbol could travel along a route of some 270 kilometres in a matter of a few minutes. However, access to the new communication network was only available to official authorities, who used telegraphy primarily for administrative and military purposes. For fear of conspiracies and uprisings, but also due to insufficient resources, all other messages from Paris were sent to the provinces by post coach. The current stock prices from the Bourse in Paris therefore still took three days to arrive in Bordeaux, where the Blanc brothers were living. 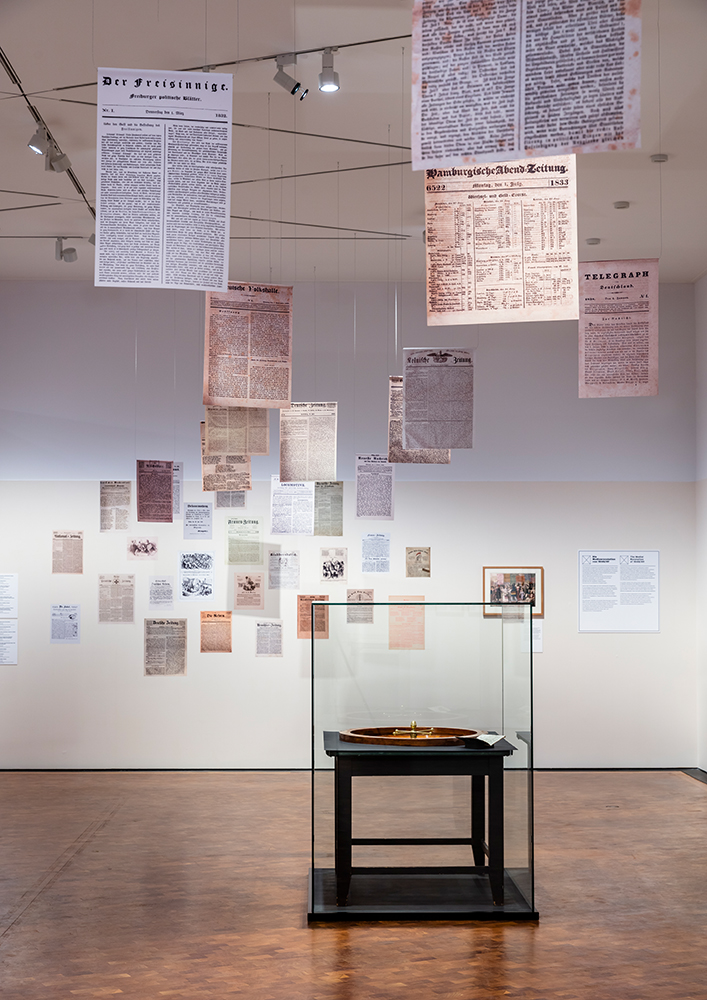 After failed attempts with carrier pigeons to get the desired information from the capital more quickly, Louis and François came up with a new idea in 1834: Why not hack the optical telegraph system? An undertaking for which relatively little technical knowhow was needed at the time. The telegraph stations were very short of personnel and were subject to breakdowns due in particular to the weather. The telegrams were therefore decoded again in Tours, halfway between Paris and Bordeaux, in order to avoid serious mistakes in transmission across such long distances. It was here that the brothers saw the ideal point of attack: they bribed the director of the telegraph office in Tours, together with his assistant, and also hired an agent in Paris to keep an eye on the stock prices there. If there were significant fluctuations in the price of the state annuities, the agent sent a package to the telegraph office in Tours: if the course was rising there would be a glove in it, if falling, it contained a sock. In addition, the telegraph officials now inserted inconspicuous mistakes into the governmental telegrams which could be picked up and interpreted by the signal tower in Bordeaux before the regular post arrived by coach. With this rudimentary information and the time advantage it gave them, the Blanc brothers were able to make considerable speculative gains over a period of two years. It wasn’t until 1836, when a new assistant was to be hired for the telegraph station in Tours, that the cover was blown. Because there were no laws forbidding the practice, the brothers could only be prosecuted for bribing an official and were allowed to keep most of their profits.

Before the backdrop of this spectacular case, King Louis-Philippe decreed a law in 1837 regulating the state communications monopoly on telegraphy, with which the unauthorized transmission of signals was then strictly punished. However, the question of the economic and social participation in the available communication infrastructures was not yet clarified. It regulated itself anew with each technical innovation. Only 14 years later, Louis-Napoleon Bonaparte opened up electrical telegraphy in France for general communications traffic, although the state continued to have a monopoly on the telecommunications networks until the 1980s. It no longer required criminal energy to pass on information as quickly as possible, but this could not allay the suspicion that the decoupling of space and time through telegraphy – particularly in the economic sector – could still be abused.