Since 2001, World Refugee Day is observed every year on 20 June. This year the 20th of June is also the last day of our exhibition “Report from Exile – Photographs by Fred Stein”. Dr Lili Reyels, head of the DHM collection Financial and Economic History, throws light on how France took in numerous Spanish refugee children during the Spanish Civil War, with financial support from the Spanish Republic and the Basque government as well as from several international aid organisations. Fred Stein, who himself had fled from Germany to France, photographed the children on behalf of the Spanish government. The photos were used to secure funds and support for the care of the children.

The Spanish Civil War was fought from July 1936 to August 1939 between the democratically elected government of the Second Spanish Republic and the right-leaning putschists under General Francisco Franco. The conflict soon took on an international dimension, in particular after Franco gained the support of fascist allies in Italy and the Nazis in Germany – the war became a propaganda platform for the ideologies. The civilian population above all suffered enormously under the conflict.

As protection from the fighting and bomb attacks, thousands of Spanish children were temporarily sent out of the country. Host countries included Russia, Belgium and Great Britain, but especially France. 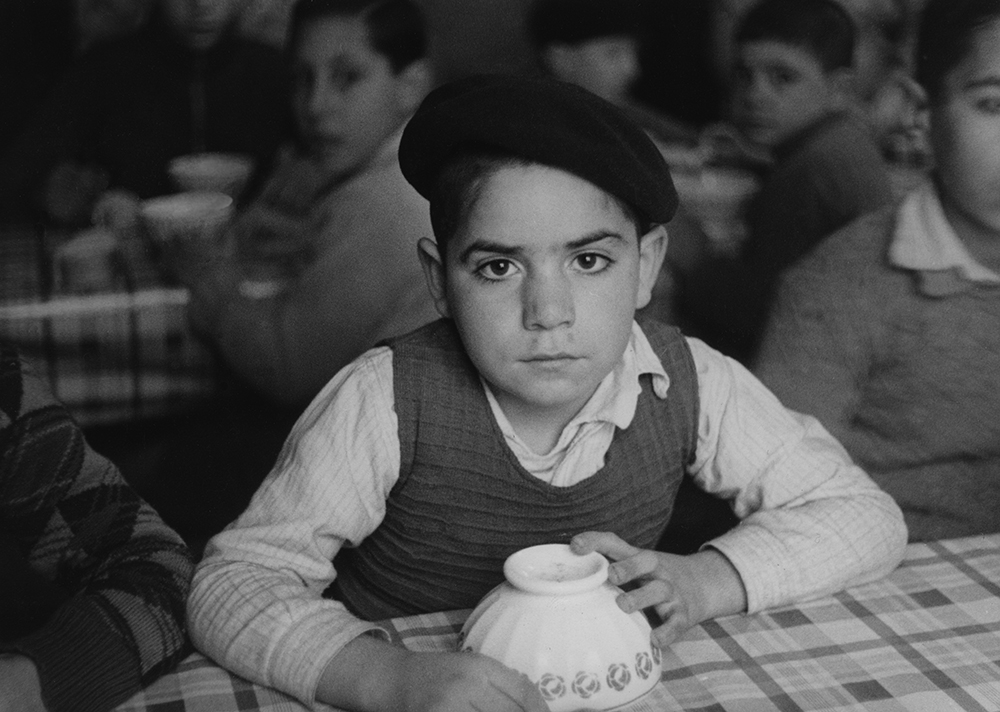 The Spanish refugee children in France

The French Front Populaire under Léon Blum endeavoured to maintain as neutral a policy in the Spanish Civil War as possible. Before the backdrop of the enormous domestic strife in France, the humanitarian help provided in 1936 by France in taking in Spanish refugee children seemed to be the most feasible option while not getting involved in the armed conflict.

In France the children were housed in more than 100 accommodation centres and sometimes with foster families. The Spanish Republic and the Basque government transferred money to France for the provision of the children. In a wave of solidarity, Christian groups and various international aid organisations actively engaged in the rescue. 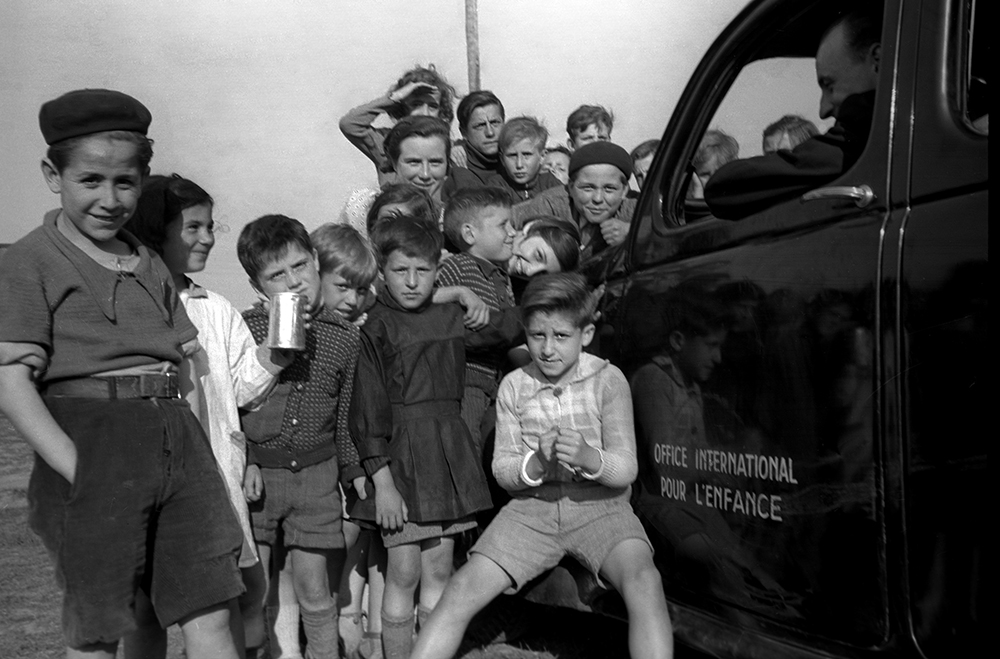 The Confédération générale du travail (CGT, General Confederation of Labour) was particularly successful in this effort. It financed the Comité d’Accueil aux Enfants d’Espagne (CAEE, Welcoming committee for children from Spain) and organised the distribution of the children to the accommodations. The children were taught in their mother tongue. Alone in the first year of the evacuation, the CAEE raised 3.5 million francs for the care of the refugee children. 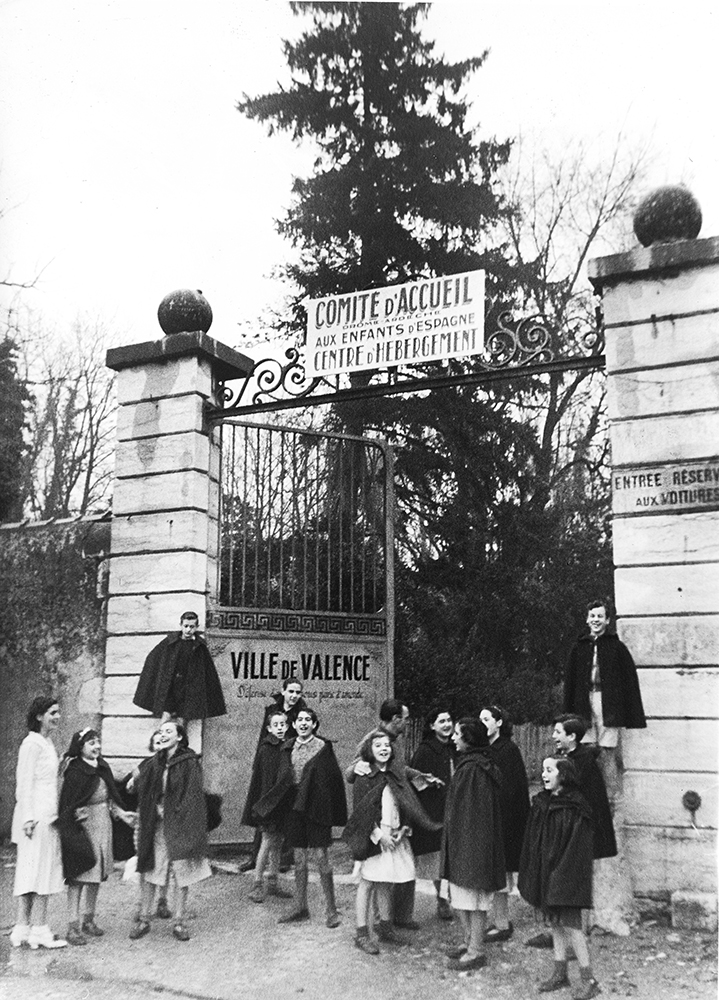 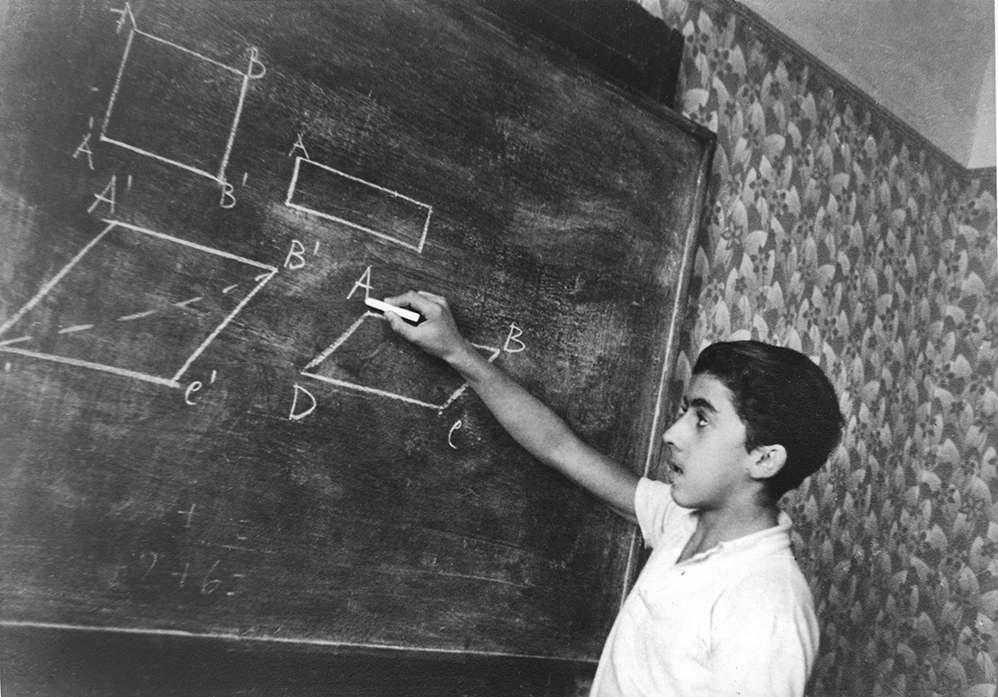 In 1938 and 1939, Fred Stein photographed numerous Spanish children, who had taken refuge abroad from the Spanish Civil War, on behalf of the Spanish government in order to secure funds and support for the care of the children. His photos are from such places as the military hospital in Bayonne, the Château de la Brosse, a refugee camp in the city of Colombes in the department of Cher, and a refugee centre in Valence.

The photographer, who was living in Paris at the time, was able to continue his anti-fascist commitment in this way; he could thus combine his solidarity with the victims in exile (he was one himself!) with an enhancement of his professional profile and a financial income.

For the most part, it is no longer possible to ascertain who the children in his photos were. We also do not know whether these photos were published at the time. Except for one photograph: that of the blond girl with a white coffee bowl, which appeared in July 1939 on the cover of Lørdagskvelden, the weekly supplement of the Norwegian newspaper Arbeiderbladet – probably through the mediation of Willy Brandt, who worked as a journalist for that newspaper. 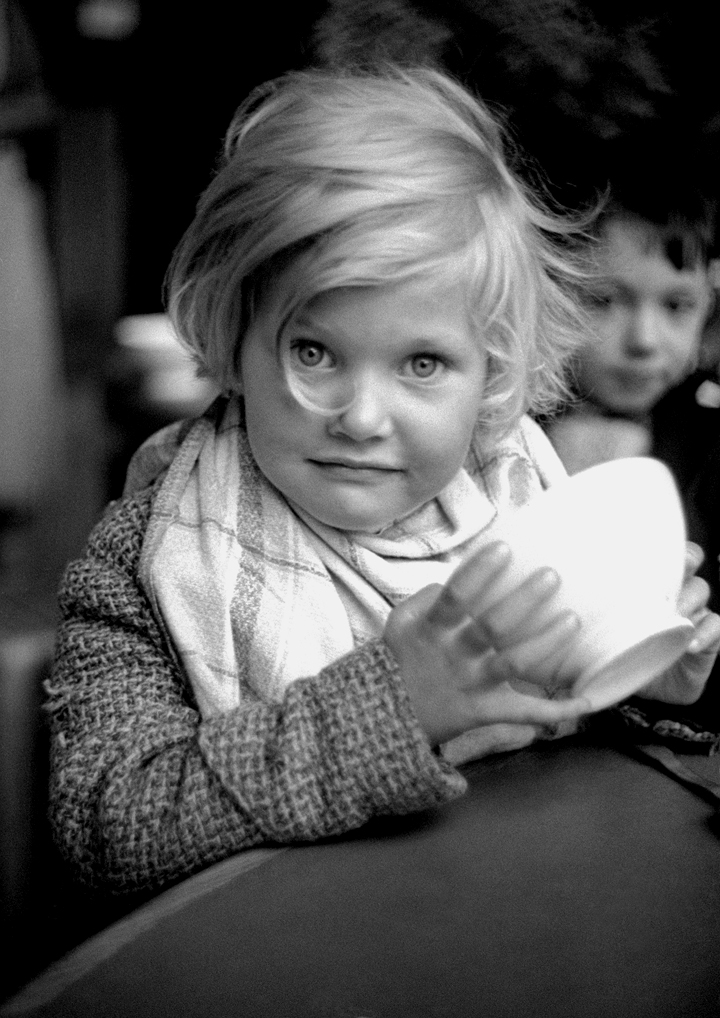 Through Fred Stein’s photographs, the children in this group of victims of a new kind of annihilation warfare with carpet bombing received a concrete face. As one of the first humanitarian aid actions in the 20th century, these transports of children to safety were followed by many more.