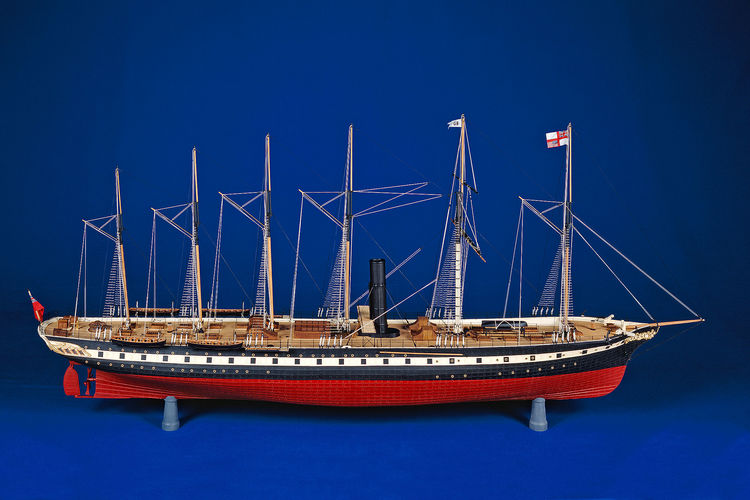 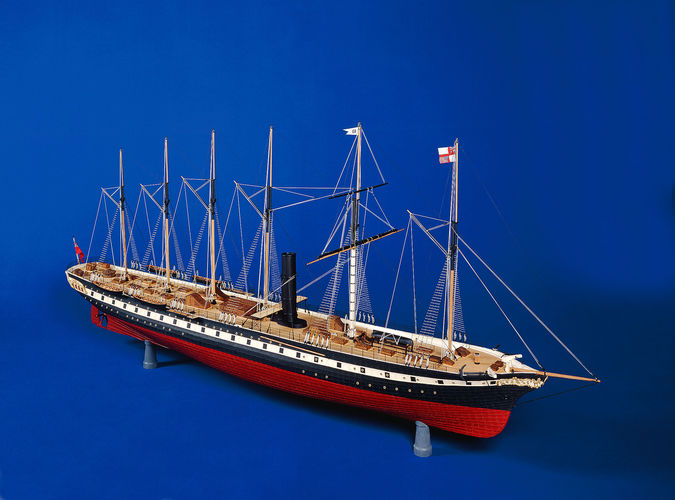 The use of the steam engine for propulsion revolutionised shipping in the nineteenth century. However, it required a constant supply of coal, which reduced the carrying capacity available for commercial cargo. The invention of the screw propeller by Josef Ressel in 1827 made it possible to construct faster ships. The GREAT BRITAIN was the first ocean-going vessel to have both a fully iron hull and the innovative screw propeller, but it still had six masts for sailing. It served as a passenger liner on the North Atlantic route. In 1855–56, it was used to transport troops for the Crimean War.