It is currently on display in the foyer of the exhibition hall at the Deutsches Historisches Museum: a statue of Vladimir I. Lenin (1870–1924) measuring 3.20 meters and weighing 2.9 tonnes. It is part of the exhibition “1917. Revolution. Russia and Europe”, which runs until 15 April 2018. The exhibition’s project leader, Dr. Arnulf Scriba, describes the exciting history of this object, a testament to the early cult of personality surrounding Lenin.

This large bronze statue was created by the Russian sculptor Matvey G. Manizer in 1925, the year after the death of Vladimir I. Lenin. In 1926, the statue was erected in what is now the city of Pushkin, about 25 kilometers south of Leningrad, in what, as Tsarskoye Selo, had once been the Tsar’s summer residence – a carefully considered site on which to honour the leader of the revolution. The statue itself is an impressive testament to the cult of personality, surrounding the founder of the Soviet Union that began immediately after his death.

During the Second World War, the German Wehrmacht advanced up to the gates of Leningrad, taking Pushkin. They dismantled the statue in 1943 and transported it around 2,000 kilometers to the city of Eisleben. There, in the “Krughütte” smelting works, the statue was to be melted down and used as urgently needed metal for war production. The statue survived the war for reasons that remain uncertain, probably because it was simply too large for the smelting furnace. Later in the German Democratic Republic, the statue’s survival became the stuff of legend, spun for political ends: It was said that Soviet forced labourers and ‘class-conscious’ workers at Mansfeld AG had “spontaneously come together” and saved the statue by hiding it under a scrap heap. When the Red Army entered Eisleben in 1945, the townspeople were then said to have raised the statue of Lenin “as a sign of gratitude for liberation from Hitler’s yoke by the glorious Red Army”, as was written in an official GDR brochure. Greeted by their revolutionary hero and a cheering populace, the soldiers of the Red Army were said to have marched triumphantly into Eisleben while inhabitants greeted them with flowers.

The reality was surely otherwise when the occupying troops in Eisleben, initially the US Army, ceded the territory to the Red Army, around two months after the end of the war. The city did in fact raise the statue on the market square to greet the Soviet soldiers on 2 July 1945. Yet it seems the soldiers greeted Comrade Lenin with complete indifference, and the triumphant march, the cheering townspeople of Eisleben and the colourful flowers are also figments of the socialist imagination. In spite of all this, the Soviet Union was sufficiently moved by the raising of the statue that it made a gift of the statue to Lutherstadt Eisleben in an official ceremony on 1 May 1948, with Walter Ulbricht in attendance, who went on to become First Secretary of the ruling Communist Party. The sculpture thus became the first monumental statue of Lenin in Germany. 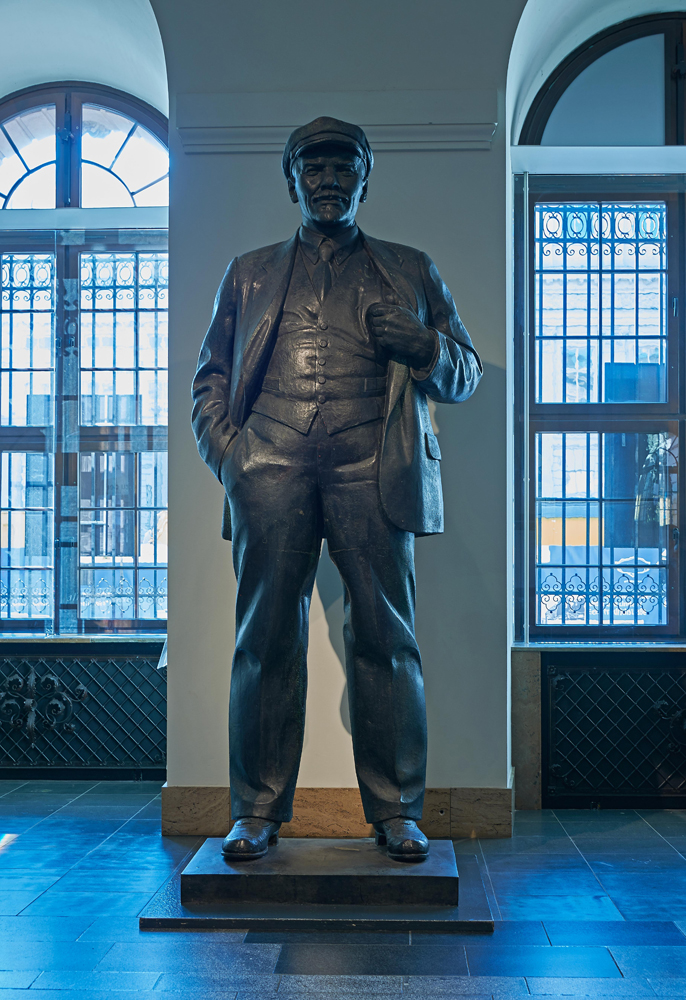 After German reunification, the Eisleben city council resolved that the monument should be removed. It came to the Deutsches Historisches Museum as a permanent loan in 1991.