Today is “Weiberfastnacht” (“women’s carnival”), marking the beginning of carnival season. At this time of year, normal rules go out the window in the Rhineland and southern Germany. Visitors to the Swabian-Alemannic “Fastnacht” are led to believe they are witnessing a medieval folk tradition. But is carnival really as old as all that? The historian Robert Kluth explains the origins of this tradition of organized merriment.

Known variously in Germany as “Karneval”, “Fastnacht”, or “Fasching”, today these terms all refer to the same phenomenon: the communal festivities and costume-wearing that accompany the run-up to Ash Wednesday. Carnival’s origins are often traced back to the beginning of the Ancient Roman year, which started in March rather than January. However, the carnival we know today has its roots in Christianity. 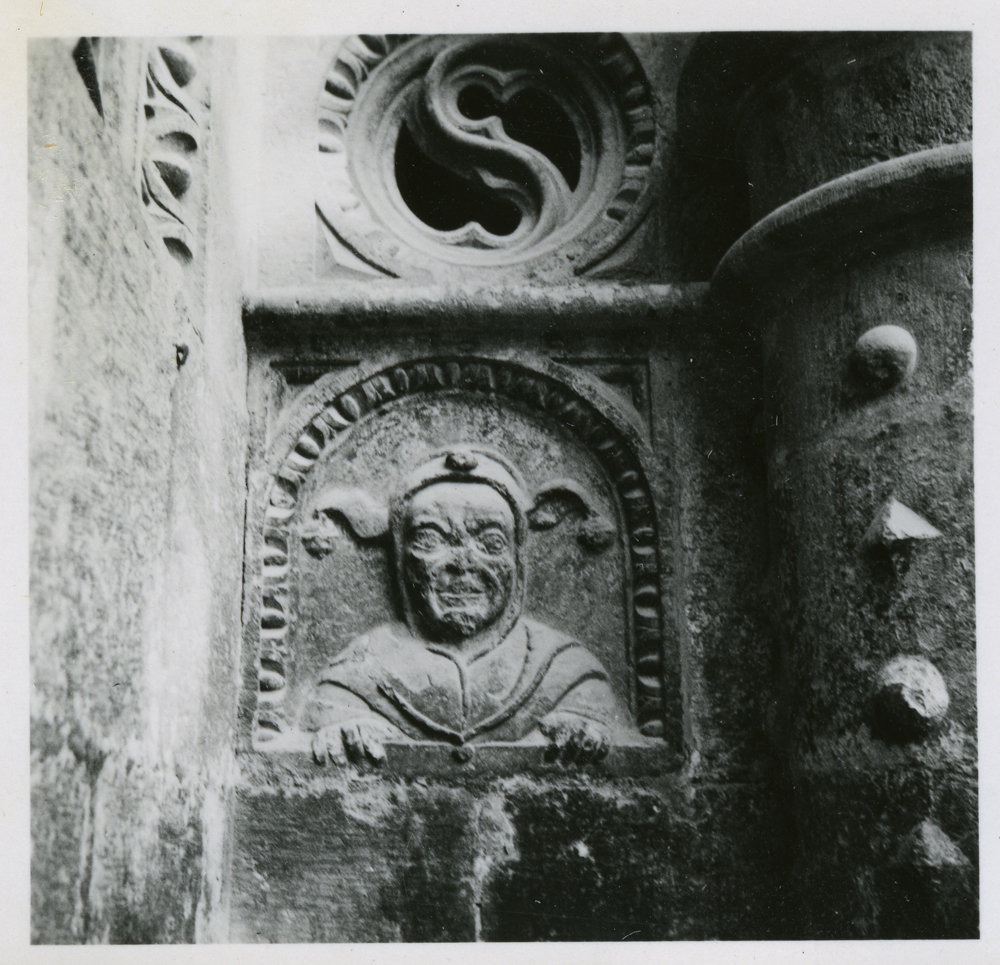 The symbol of evil was the fool. In the early modern period, fools would carry around a mirror on a stick as a way of illustrating their own self-reflection and egocentricism. This in turn derived from the notion of “folly”, and the link made in Psalm 52 between the “fool” and the weak-minded person who denies God.

The Carnival and the Church

The medieval church promoted carnival as a way of visualizing sin: a world turned upside down, when people disguised as devils and wild men would run amok through the city. It was an occasion for eating and drinking to excess, and a period of sexual licentiousness. In medieval theology, carnival exemplified remoteness from God. However, Ash Wednesday then marked the beginning of Lent, ushering in a period for contemplation, confessing sin, and starting afresh.

“Fastnacht” (“fasting eve”) was the final night before Lenten fasting. For the following forty days, people in the Middle Ages followed a near-vegan diet. All animal products except fish were forbidden: no eggs, lard, milk, butter, cheese or meat. Since meat and other food had to be consumed prior to Lent, there were pragmatic reasons for celebrating Fastnacht. Indeed, the word “carnival” is of Italian origin and translates as “the removal of meat”. Until the 16th century, butchers in Nuremberg performed a dance at carnival in which they held the ends of sausages. For these tradesmen, Lent also heralded a period of financial privation.

The Reformation abolished fasting, which consequently spelled an end for carnival. Although Protestants in some areas kept up the tradition until the 17th century, traditionally Protestant cities often remain carnival-free to the present day. Three centuries after the Reformation, proponents of the Enlightenment saw carnival as an archaic relic with no place in the modern world. The intoxicated, irrational carnival was dismissed as “nonsense”, “disruptive”, and “indecent”. It was also felt to pose a danger to public order, as cited in the official ban imposed on carnival between 1809 and 1810 in the southern German lands of Württemberg and Baden.

The Birth of the Modern Carnival – The Death of Fastnacht

The German Romantic movement saved carnival. Steeped in reverence for history and closeness to nature, Romanticism’s fascination for merriment developed in reaction to the Enlightenment. Carnival became redefined as authentic “culture” and “custom”. Bourgeois elites discovered a tradition popular with the lower classes. Their first step was to aestheticize the festival: carnival was to be made “beautiful” and “civilized”.

In 1823, the modern carnival was born in Cologne (which had recently become part of Prussia). Annual excess now came under the stewardship of a “Festordnendes Komitee” (“carnival organization committee”), which borrowed heavily from Prussian traditions: uniforms, carnival awards, and the fool’s cap. This period also saw the creation of the “Held Karneval” (“carnival hero”), who first appeared as part of the street procession. 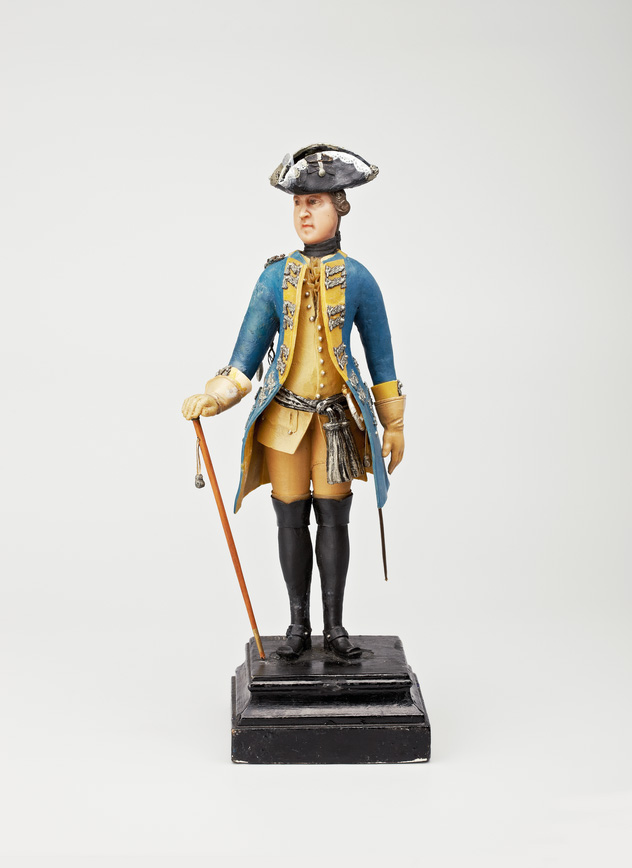 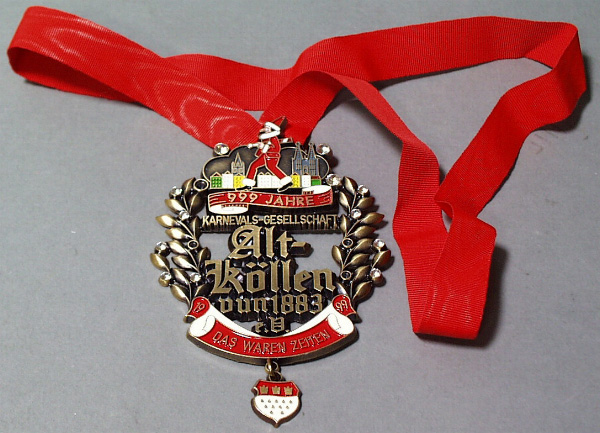 Organization committees were then formed in numerous places. The state hoped they would contain and give order to carnival merry-making. Southern Germany became carnival country, and the region’s traditional “Fastnacht” disappeared. Masked balls were hosted for the bourgeois elite, and colourful floats formed processions through cities. Now considered old fashioned, the custom of concealing faces was abandoned.

Order Subverted – Or Perhaps Not?

Until a brief episode during the revolution of 1848 – when Cologne’s “Rosenmontag” (“Shrove Monday”) parade was given the somewhat unromantic theme “the working class awakens” – the city’s organized carnival was considered to have a good relationship with the state. In Cologne, the “carnival hero” became the “carnival Kaiser”, and from 1871 (when an actual Kaiser once again sat on the German throne) the “carnival prince”.

The unification of the Germany Empire sparked an increased sense of historicity and renewed interest in bygone times. In southern Germany – a landscape of small villages with a distinctly non-metropolitan character – tradesmen began in the 1880s to demand a return to their old “Fastnacht” traditions. This conservative rollback did not occur in the Rhineland, where carnival’s evolution into a popular festival continued apace. In southern Germany, by contrast, the historic processions were abolished and “Narrenzünfte” (“fools’ guilds2) set up. Their processions became known as “Narrensprünge” (“fools’ leaps”).

Described by the writer Ernst Jünger as a “carnival of hell”, the First World War marked a watershed in carnival history. The young Weimar Republic banned processions and “Narrensprünge”, but allowed “historically verifiable traditions”. This led to an explosion of fools’ guilds in southern Germany. Often the adjective ‘historic’ was put before the names of “Fastnacht” associations to satisfy the requirement for “verifiable traditions”. To safeguard their right to celebrate “authentic” “Fastnacht” festivities, every fools’ guild cobbled together “traditional” carnival characters. This gave rise in 1927 to the “Bonndorf Pflumenschlucker” (“plum-gobbler”), and the “Messkirch Cats” in 1938. Many seemingly age-old carnival fools were invented in this period.

The folklorist Werner Mezger describes how the Nazis ultimately promoted the carnival fool tradition, though it was the southern German “Fastnacht” that gained favour as a “flagship” custom. Propaganda vaunted the festival’s Germanic roots and denied its Christian origins. Floats with anti-Semitic themes featured at the carnival in Cologne, and festivities began with the Hitler salute and “Horst-Wessel-Lied” (the Nazi Party anthem).

After the student uprisings of 1968, carnival fools in southern Germany attempted to use “Fastnacht” to “drive out the devil”. This led to a renewed explosion in the popularity of “Fastnacht” and the creation of new fools’ guilds. People invented new carnival fool characters by studying local chronicles, place names, and agricultural traditions. As Werner Mezger summarizes:

“In a sense, each and every newly created fool character […] reveals hugely interesting insights into the building blocks of local identity.”

In Cologne during this period, alternative traditions emerged in rejection of the street carnival: it marked the return of the “Geisterzug” (“procession of ghosts”), while those seeking laughter could now enjoy cabaret comedy at the “Stunksitzung”.

Carnival can be found in various forms throughout the world. It provides an anchor of identity in a globalized world. Carnival is seen as “real”, “historic”, and “authentic”. It feels part of people’s sense of national or regional belonging. However, the custom has only been able to survive by inventing new traditions – particularly in the 1970s and 1980s. Carnival is therefore ancient, while at the same time remaining flexible and vital.