The Liquidation of Jewish Assets

The Day of Provenance Research, initiated by the “Arbeitskreis für Provenienzforschung“ (Working group for provenance research), takes place once every year in April. On this day the museums present their current research strategies and principal lines of inquiry. In the DHM blog our provenance researchers shed light on their usually meticulous detective work in searching for the origin and original owners of the objects. In the last article on this topic Dr Heike Krokowski describes the challenge of determining the origin of typical everyday articles that once belonged to Jewish families and were “monetised” in auctions by the Nazi state, i.e. turned into money.

For some years the provenance research of Nazi plunder (“Raubgut”), i.e., objects that were expropriated in different ways from their previous owners in connection with the National Socialist persecution, has received considerable attention in the media. In the past years numerous museums in Germany have examined parts of their collections with regard to such objects. The process usually starts with individual groups of objects, above all artworks because of their uniqueness, being checked for indications of possible expropriation procedures – sources of acquisition, notes on owners, or previous changes in ownership. But only in a very low percentage of such cases can it be scientifically proven that an artwork or cultural-historical object is in fact Nazi plunder. This is surprising and perplexing, when you consider the amount of attention that has been given to individual restitutions by renowned museums in the past few years.

So, what happened to all the property of erstwhile persecuted people? Where can it be?

Around 1933 about half a million people of Jewish background were living in Germany. They were deprived of their rights, expelled, deported and murdered; their belongings were “verwertet” by the Nazi state – “monetised”, turned into money. Who participated in this, who profited from it? And can such objects still be traced today?

When Jewish people were leaving Germany out of desperation and emigrating to other countries, they could usually take only a minimal part of the belongings with them. The furnishings of their homes, ordinary household goods, furniture and clothing, but also antiques, artworks and whole libraries had to be left behind. From 1939 on, most citizens of Jewish background were forced to give up their flats and houses because they were allowed only a very limited amount of living space. Their furnishings and belongings were now mere “surplus”. With the major waves of deportations from 1941 on, their possessions remained behind. All this property fell to the National Socialist state, which monetised (sold) it and added the proceeds to the state finances. The auctions conducted on behalf of the financial authorities took place in public – in restaurants, gymnasiums or in the open streets. At such auction sales the buyers consisted of perfectly “normal” people, not only party functionaries and hard-boiled Nazis, but neighbours, colleagues and acquaintances of the former owners. At the beginning of the 1940s these auctions took place on an almost daily basis: they were an “event”, a diversion from the ever more trying routine of the war. The population took an active part in the sales and saw the opportunity of getting a real bargain. Some of the auctions took place in large warehouses and were announced in the newspaper, often noting that the auction goods came from “non-Aryan” ownership. But these auctions were frequently carried out in the very apartment or in front of the house of the former owner. In both cases the buyers knew where the tablecloth, the suit or the little night table came from.

In this way countless pieces of furniture, dishes, clothing and linen, but also art objects, arrived in German households. It was not the former owners who got the proceeds from the sales, but rather the state coffers. Untold numbers of these furnishings and household goods are probably still in private ownership – perhaps still in use or are buried in the attic or basement under belongings accumulated from two or three generations. Much of it was no doubt put out on the street or delivered to the refuse dump. 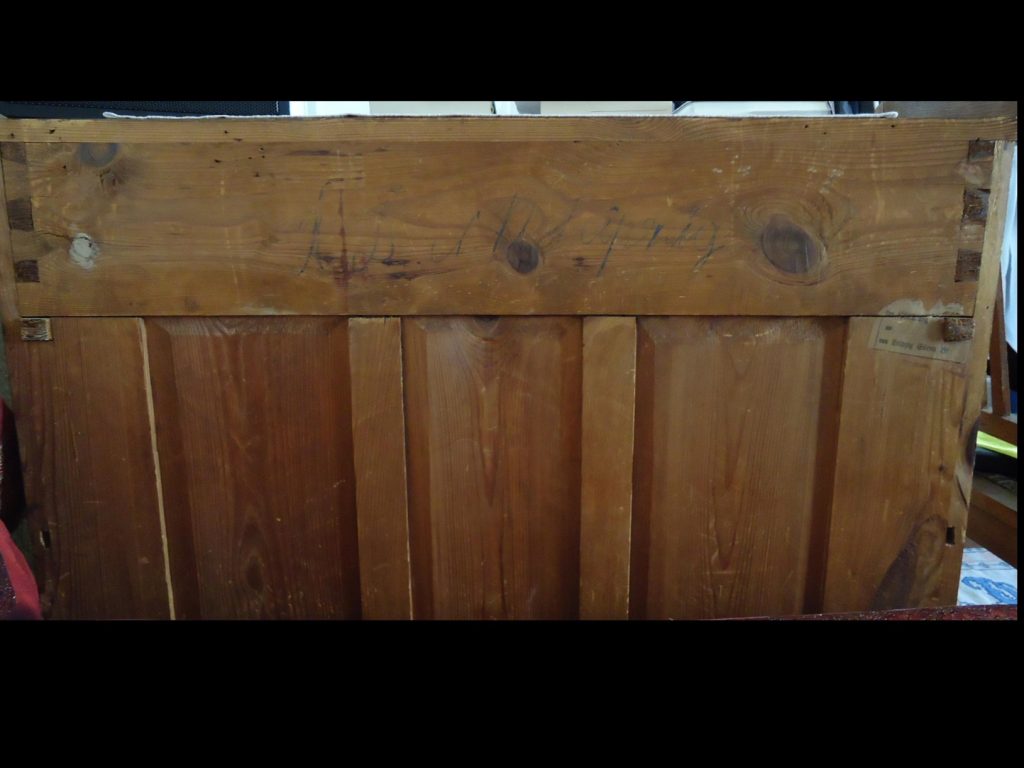 Writing and transport sticker on the backside of a drawer © Private

In the documentary “Die Versteigerer – Profiteure des Holocaust” (The auctioneers – profiteers of the Holocaust) by Jan Lorenzen and Michael Schönherr the sociologist Thomas Ahbe says:

“We must proceed from the assumption that among the belongings of our grandparents and parents there are still objects that were extorted during the persecution of the Jews.”

And the museums? Can artworks, cultural objects, music instruments or furniture from such auctions be in their collections?

Of course they can be there. They could have arrived in the museum through private sales or indirectly through antique dealers. But unlike singular artworks such as paintings, which can often be identified through stickers, labels or auction catalogues, it is extremely difficult to trace the identity of silverware, children’s jackets or toys, for example. For these kinds of objects there are no auction or exhibition catalogues that could be searched. And usually the articles contain no indications of their former owners. It is therefore almost impossible to relate the object, maybe an apron dress or a piece of furniture, to its original owner – unless, for example, a nametag is sewn into the clothing or a transport sticker is still on the chest of drawers. 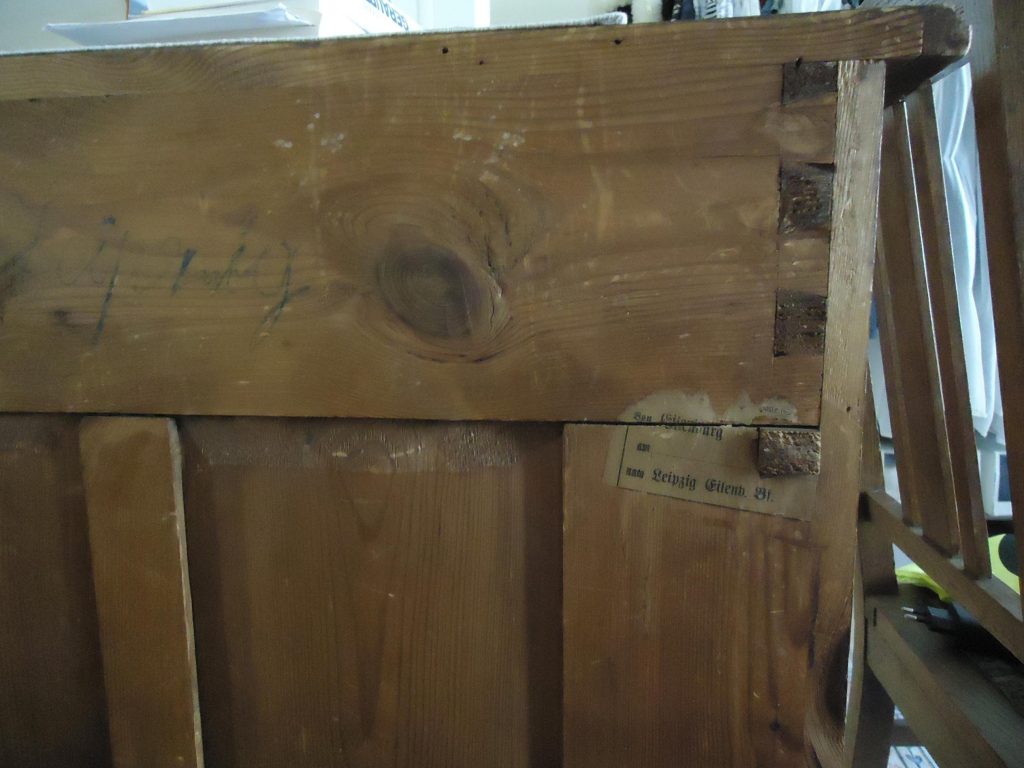 Transport sticker on the backside of a drawer © Private

What can cultural-historical museums do in order to avoid overlooking the origin of such objects in their collections? Museums must take a close look at their stocks and determine where they were acquired from. The more attentive the people who work with the objects in a museum are, the more likely it is that they will discover indications of former owners. And then the difficult and sometimes time-taking research begins to determine whether the cup, the hobbyhorse or the armchair might have been robbed from its original owner – or not.