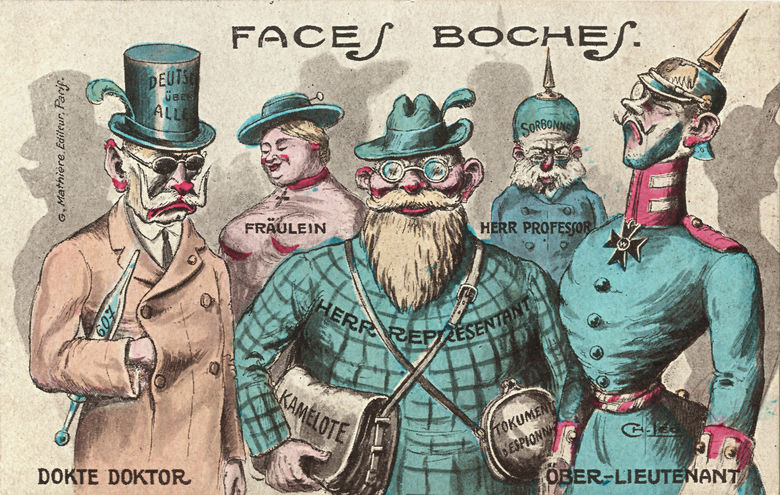 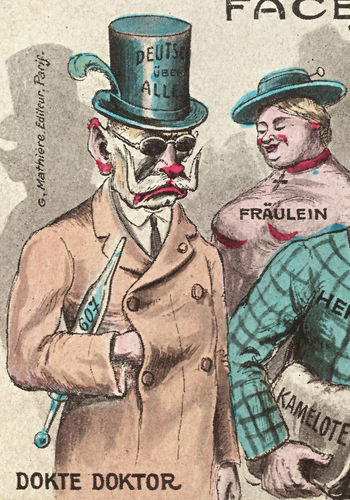 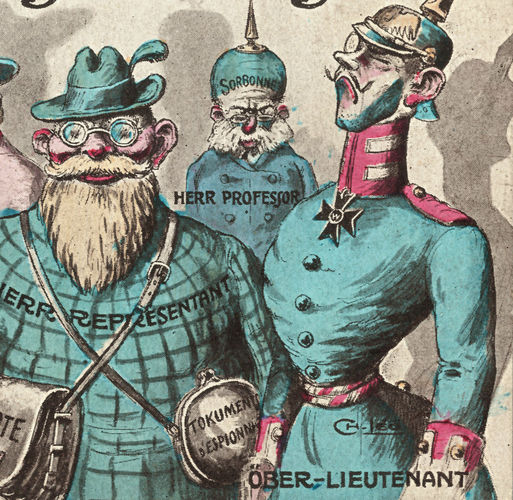 The meaning of the word “boche”

During the war of 1870-1871, the German became a “boche”. The word experienced its heyday during the First World War. The words of the French poet André Suarés demonstrate the ideas behind this word in 1915:

France is appalled at these barbarians; for them, it found the name Boche [...] The barbarism of the Teutons is an unusual one: it is a wonder of strength and science. Huns, Vandals mean nothing as insults [...] Boche is a wonderful word: it paints and it models. In its volume it corresponds to the square head that it depicts in its shortened form. It gives off this sound, it possesses this smell.

[...] Boche is a popular word. It has the strength of the people who forged it. [...] Within Boche, which first existed as Alboche, can be found “caboche” (“thick skull”, Eng. author) and German. The German is the Boche, this thick skull. [...] Merely to name them barbarians does not suffice. The point is to fix an image of a new barbarianism that itself carries the name “Koultour” (“culture”, Eng. author). Here it is: a four-sided head with glasses, a rough object with patent; a doctor of the art of murder and lies, a doctor in the art of slander and arson; hubris incarnate; vandalism acting in the name of God; the blind spirit of the race and the entire sciences. The Barbar with the head of a German, that is the Boche [...] Boche stands for cannibal and clown [...] So long as they have not concluded peace with other peoples, there are no more Germans left in Europe: there are only Boches.