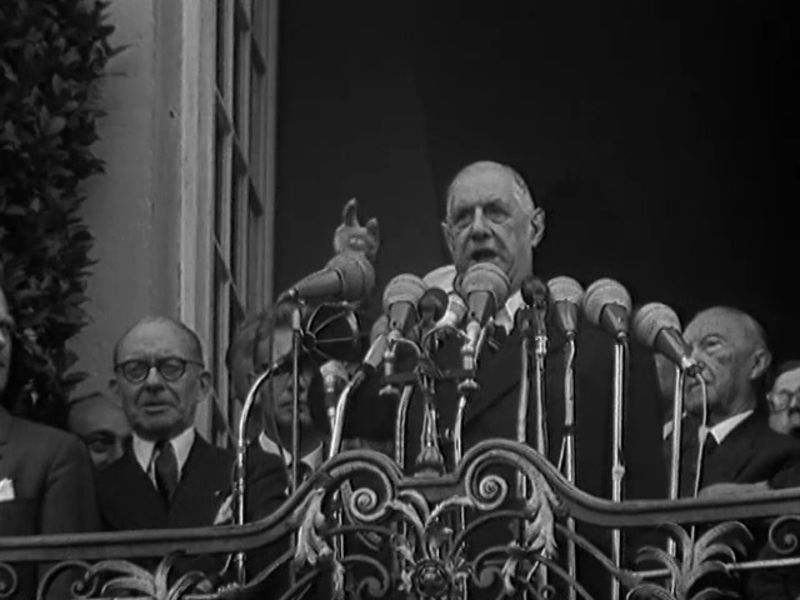 Charles de Gaulle was well prepared for his six-day journey through Germany, as he knew that the western connection Adenauer was striving for was controversial in Germany.
He wrote his fourteen speeches himself, and gave six speeches translated into German.

In his Ludwigsburg speech of 9th November 1962, Charles de Gaulle addressed the young generation. It was to become the highlight of his celebrated journey.

I extend my congratulations to you all! Firstly, I congratulate you for being young. One only has to see the fire in your eyes, to listen to the force of your convictions, witness the personal passion of every one of you and experience the common revival of your group to be convinced that this enthusiasm has chosen you to master your life and the future.
I congratulate you furthermore on being young Germans, by which is meant: the children of a great people. Yes indeed, of a great people that, in the course of its existence, has made great mistakes. A people that has also given to the world fruitful spiritual, scientific, artistic and philosophical works, and enriched it with countless products of its inventiveness, its technology and its work ethic.
A people that in its peaceful acts, as in the pain of war, has developed true riches of courage, discipline and organisation. The French people know to value this highly, as it also knows what it is to be happy to work and to create, to give and to suffer.

Extract from the speech by State President Charles de Gaulle