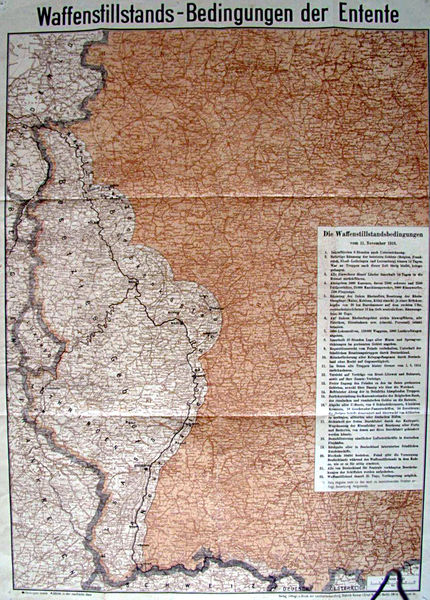 In 1919, French soldiers looked over to Koblenz from the junction of the Mosel and the Rhine.

The Allied occupation of German territories west of the Rhine was a condition of the ceasefire of 11th November 1918. In May 1919, the Treaty of Versailles confirmed that the occupation would last until 1935: the Rhineland was intended to safeguard the reparation payments demanded of Germany by the victors of the First World War.

When Germany fell slightly behind with its payments in 1923, France answered by additionally occupying the Ruhr region, and then subsequently territories around Cologne, Koblenz and Mainz. The deployment of troops from French colonies in Africa was vilified as a “Schwarze Schmach” (“black dishonour“).

On 30th June 1930, Gustav Stresemann’s policy of rapprochement brought an early end to the occupation of the Rhine.