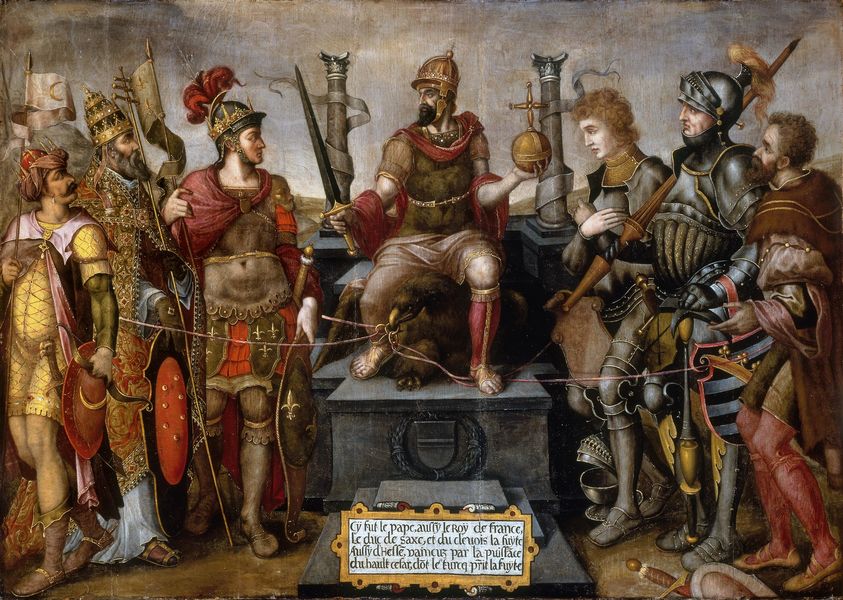 Charles V and his enemies

In this painting, Charles V embodies the christian universal emperor who is caring for the unity of the christian world. He is dressed as a Roman emperor, holding the imperial orb and the sword. In this way, he is illustrating, as Roman-German emperor, his position as successor to the Roman emperor – a historical continuity that had already been manufactured as far back as Charlemagne.

From his throne, he towers above his enemies who are chained to the imperial eagle: the Ottoman Sultan Suleyman I (forced to flee from imperial troops near Vienna in 1529), is turned away. Pope Clemens VII, François I, and the protestant rulers on the right-hand side visualize the end of a unified church, remaining bound to the empire, illustrated by the eagle.

Charles V abdicated in 1556, without having been able to prevent the confessional division or permanently weaken France.