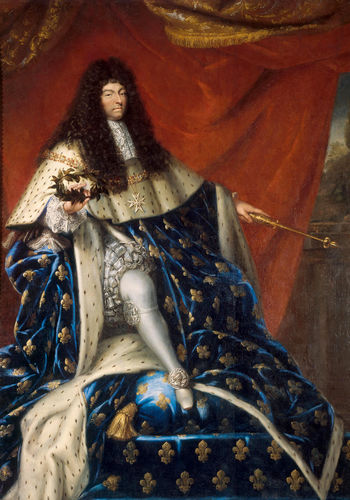 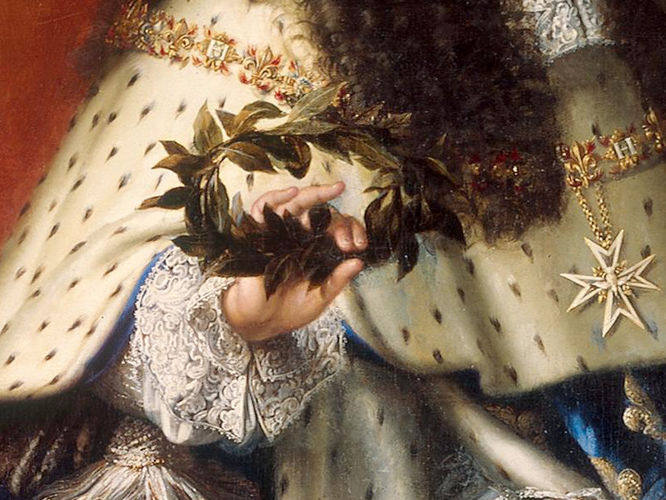 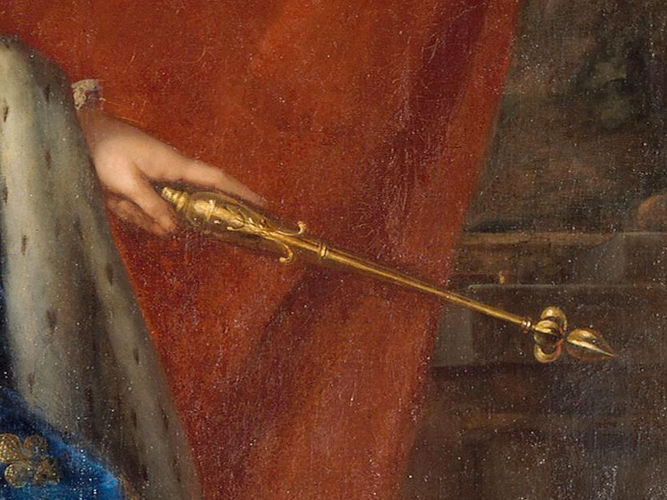 Louis XIV and the expansion of his power

The state portrait functions as a representative of the French king himself, here depicted as supreme judge. His claim to power can be recognised by the sceptre wielded in a commanding manner, the laurel wreath crown, and the coronation robe bedecked in golden lillys. Its breadth, resembling a dark-blue canopy, served to symbolise the king’s protection of his subjects and for the seemingly endeless extent of his influence.

From 1678, Louis XIV attempted to annex large parts of Alsace, the Palatinate and Luxembourg to the Kingdom of France. Numerous imperial territories were legally bound to France as a result of old treaties, and were therefore to be “reunified” with France. The Holy Roman Empire fought this “Policy of Reunion” in the Palatinate War of Succession. In 1697, the “Reunionists” in Alsace, such as those belonging to the Zehnstädtebund, had to acknowledge that despite their best efforts, the Electoral Palatinate remained a part of the Holy Roman Empire.