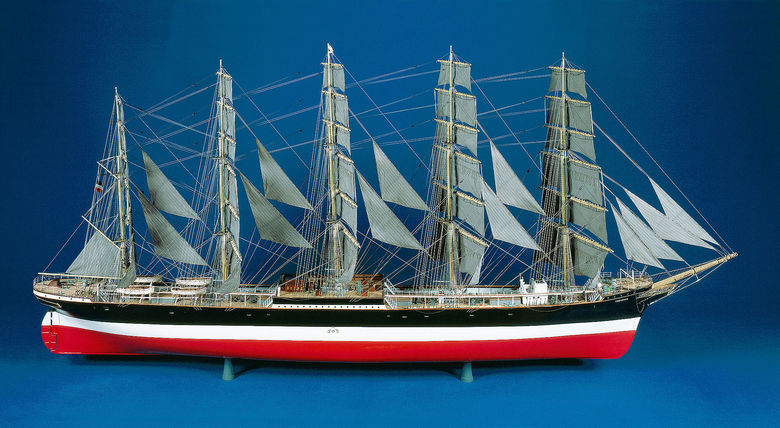 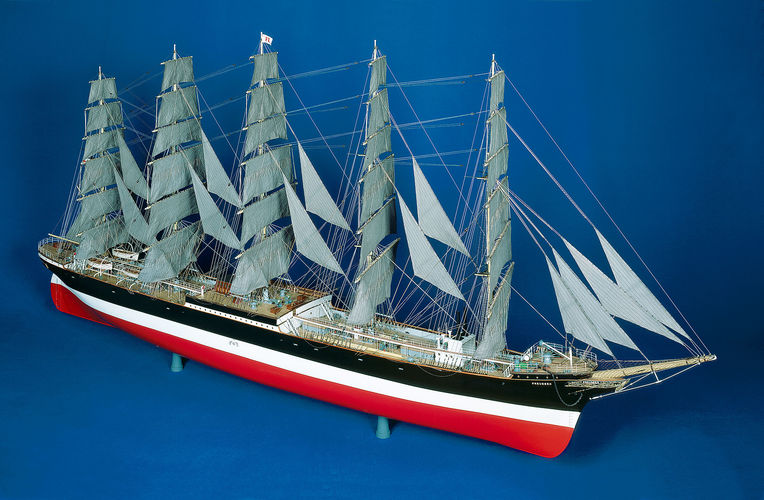 In the last decades of the nineteenth century, the development of large commercial sailing ships reached its climax in the windjammer. Early examples were built of wood alone, but from 1882 onwards, iron and steel were used increasingly. The windjammer was optimised for a high cargo capacity and economical operation with a small crew. A legendary reputation was built up by the so-called “Flying P” liners of the Hamburg shipping company F. Laeisz, whose largest ships all had names beginning with the letter “P”. The PREUSSEN, a five-masted full-rigged ship, had special colour markings: black above the waterline, white at the waterline and red below it. The ship had a fully steel hull and thirty square sails, which could be set by steam winches.