What is Virtual Reality? Uses for Society and Culture

Is virtual reality just a buzzword, or can it do more for society? Does it revolutionize human interaction by using illusory spaces to invoke empathy? Or does it just play with our emotions? Do we lose ourselves in virtual worlds to escape reality? What exactly is virtual reality? In this column, Dr. Tanja Praske explains some of the terminology associated with the technology and outlines where virtual reality has potential uses in culture.

What is Virtual Reality? Meaning, Hybrid Forms, and History

When discussing virtual reality, other related terms such as ‘augmented reality’ and ‘mixed reality’ soon crop up. What do they mean? The term ‘virtual reality’ first appeared in 1982 in Judas Mandala, a science-fiction novel by the Australian writer Damien Francis Broderick. It entered the Oxford English Dictionary in 1987. According to the current definition in the economics reference work, Gablers Wirtschaftslexikon:

‘Virtual Reality is a computer-generated “reality” that uses images, often accompanied by sound. It is created using big screens, in special rooms (CAVE), or via a head-mounted display (HMD). Mixed Reality can either mean an expanded, “Augmented” Reality, which requires AR glasses to be both relayed and experienced, or alternatively refers to “virtuality”, in the sense of an experience that retains a connection to reality.’

The term ‘mixed reality’ first appeared in 1994 in a paper co-authored by Paul Milgram and Fumio Kushino, a concept that Andreas Floemer summarizes as follows: ‘In highly simplified terms, [MR] refers to the inclusion of all possible forms of reality – from the completely real to the completely virtual. All these different worlds are interconnected on what is known as the “Virtual Continuum”’

Virtual reality is not a contemporary invention: its precursors can be seen in the 19th century stereoscope or stereograph, the ‘Kaiserpanorama’ (an example of which is displayed in the DHM’s permanent exhibition), Morton Heilig’s ‘Sensorama’ (1962), ‘The Sword of Damocles’ (the first HMD virtual reality experience, created in 1968), and Nintendo’s biggest ever flop, the ‘Virtual Boy’ (1995). You can find out more about the technology’s development in the VRS’s history of virtual reality. 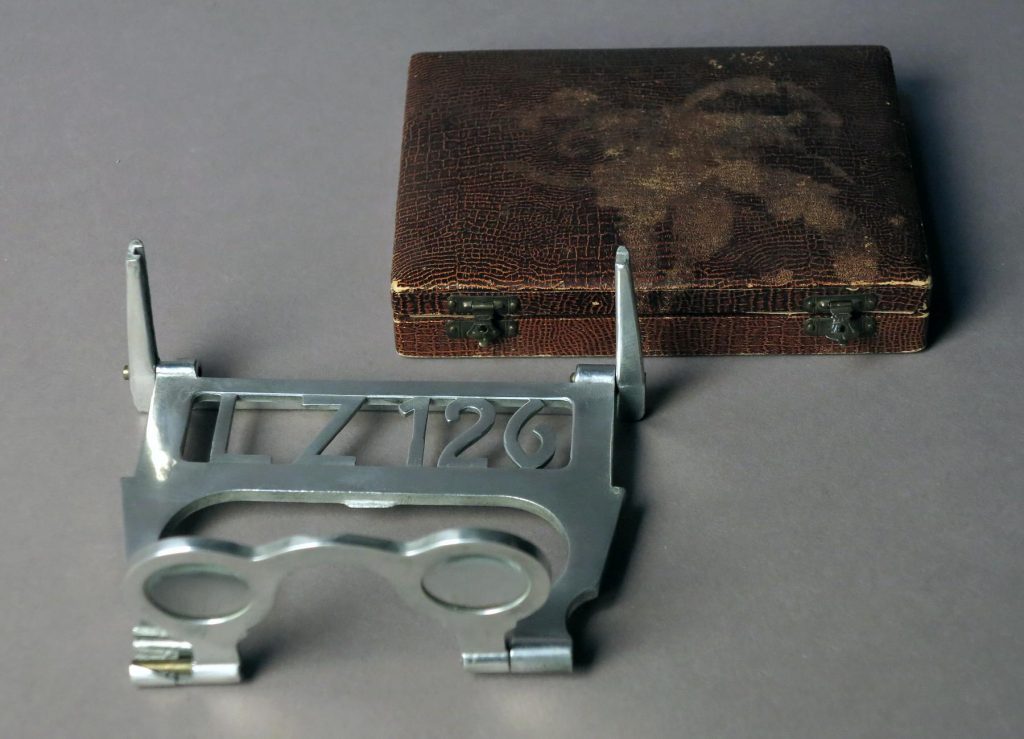 VR has a variety of applications in industry, medicine, tourism, air and space travel, education – even at the theatre, where it can bring together gaming and culture. In a TED Talk entitled ‘The Future of Virtual Reality’, Phil Kauffold demonstrates the capabilities and potential benefits of VR technology.

To the data protection information from

What Is the Difference between Virtual Reality and Augmented Reality?

Augmented reality uses virtual objects to embellish reality and, by extension, the user’s actual environment. The user remains in contact with reality throughout the experience. Pokémon Go is a classic example of an application of augmented reality. The monster hunt takes places in a real-world environment, for which the sole additional requirement is a smartphone or tablet. AR applications can also be experienced via a monitor, or by wearing AR glasses. As this ‘Science To Go’ video demonstrates, the use of augmented reality can revolutionize learning.

To the data protection information from

By contrast, users experience virtual reality in a closed system created by an HMD. Ultimately it forms a virtual realm with real objects. The space it creates no longer has any relationship to reality. The user becomes part of this virtual reality. Fully immersed, the user can engage with the virtual reality, and interact with the objects and stories to be found there. To do this, a user might use supplementary devices like a data glove or 3D mouse. There is no one single type of VR. It can be experienced in a variety of ways and to different degrees of intensity. Indeed, 360° photos and videos are considered to be preliminary stages of VR, as German blogger Friederike Wenisch explains in her German-language page on ‘creating VR.’

Art and Immersion in Virtual Realities

VR enables immersive experiences. This means users are immersed in a virtual realm with which they can interact both physically and emotionally. Produced by the Shirn Kunsthalle, the ‘Virtual Reality in der Kunst’ podcast explores (in German) artists’ responses to VR, and how the technology relates to ‘post-internet art’.

Artists use virtual reality to construct and deconstruct subjects – including their own selves – and to create art that requires a particular type of interaction from the viewer. Art can be continually recreated by virtual reality as an expression of the way we reflect on our own thoughts and actions. This approach takes the pure experience produced by virtual reality beyond the realms of empathy; according to the artist Eve Massacre, it constitutes a creative act. The topic is explored in greater detail in The Unframed World: Virtual Reality as Artistic Medium, an exhibition catalogue produced by the House of Electronic Arts in Basel. At the Zeppelin Museum in Friedrichshafen, artists take a look at the social-political dimensions of virtual technologies in the exhibition ‘Beautiful New Worlds: Virtual Realities in Contemporary Art’ (running until 8 April 2018).

Virtual Reality in Teaching History and in Museums

People can gain awareness of the past by being immersed in a historical situation – even from the comfort of their own sofa. This is the idea behind the ‘StastiVR’ virtual reality app. It simulates interrogations by the Stasi. The user experiences the interrogation as an observer. The simulation explores the constellation of power in the room, and the processes of uncovering the truth and extracting confessions – as the app’s co-creator Jana Wuttke describes in the ‘Virtual Reality Audio‘ podcast. In Wuttke’s view,

‘historical events […] unfold in a room much more subjectively and with greater immediacy. If I tell a linear story, then of course I play a much bigger role in leading the user’s experience, […] if someone is really in a room, sensing the interrogation’s psychological dynamics, it goes without saying [they experience] a completely different kind of empathy.’

Virtual reality enriches the educational work of museums. Visitors to the Musée des Arts Décoratifs et du Design in Bordeaux can use a VR application created by the designer Pietro Alberti to take a virtual tour of the Salon de Compagnie in the Hôtel de Lalande.


To the data protection information from

Further exciting examples of VR applications in museums are discussed in these articles by Marlene Hofmann and MusErMeku (in German). Visitors’ reactions to the Perception is Reality – On the Construction of Reality and Virtual Worlds exhibition held at the Frankfurter Kunstverein can be seen in this German-language clip from the regional news programme ‘Hessenschau’.

Today much more than just a buzzword, virtual reality is now making inroads in many areas of society, culture, and industry. Artists are using the technology as a medium; museums are increasingly taking advantage of VR for educational work. The best way to do this is open to debate. However, one thing is sure: we can look forward to VR continuing to play an exciting role in culture!

Have You Experienced Virtual Reality? What Impressed You, Put You Off, What Would You Recommend?