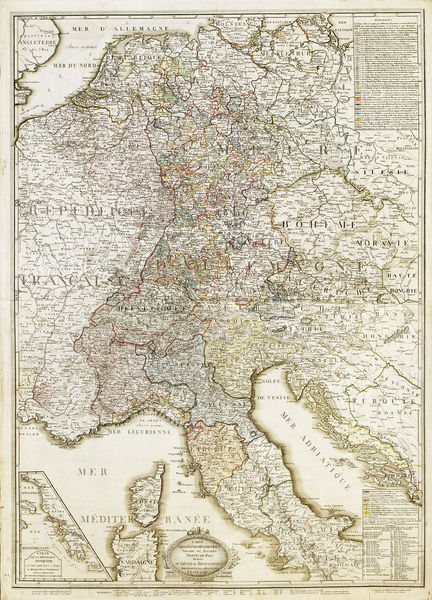 The reordering of Europe in 1803

The map presents the situation as it looked in 1803: the Rhine is the eastern border of France from Basel to Kleve. French victories had made reordering the Holy Roman Empire a necessity. In response to France’s initiative, a ‘Principle Conclusion of the Extraordinary Imperial Delegation’ (Reichsdeputationshauptschluss) was set up. This dissolved large ecclesiastical territories that were then given to southern German states and Prussia as compensation for the surrender of the Rhine’s western bank to France. Many free imperial cities were also incorporated into other states. As a result, the number of German territories was severely reduced. Through the strengthening of mid-sized German states such as the Margraviate of Baden, Napoleon hoped to gain allies in the fight against Prussia and Austria.