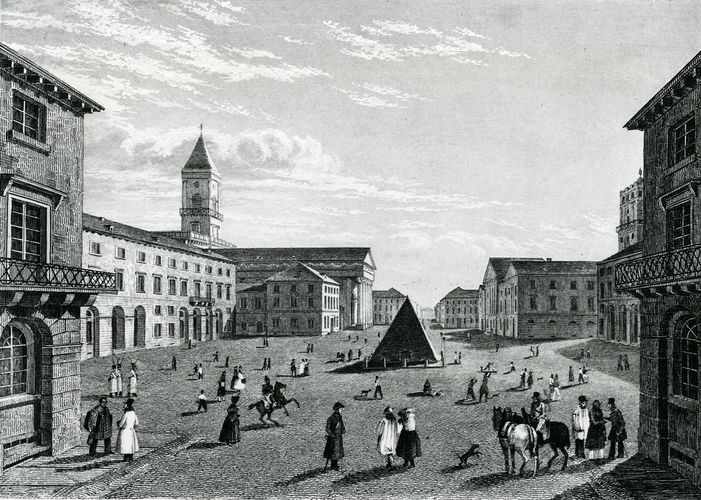 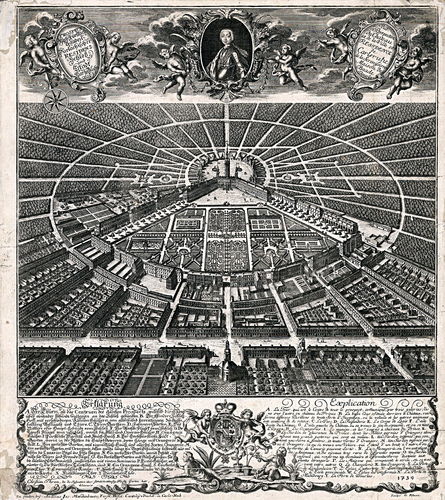 The influence of Versailles in Karlsruhe

Karlsruhe is one of the most significant absolutist residential cities in southern Germany. The fan-shaped city plan was drawn up from scratch after Margrave Karl III Wilhelm of Baden-Durlach wanted to replace his old residence in Durlach. The foundation stone was laid in 1715.

The model for this ‘ideal city’, as well as many other palace grounds in German territories, was Louis XIV’s residence in Versailles.

In the residential cities of Versailles and Karlsruhe, both the gardens and surrounding cities were geometrically aligned with the palaces, forming a ‘total work of art’ (Gesamtkunstwerk). The aim was not only to illustrate the territorial ruler’s glory. It was also to emphasise complete power, and the regulatory  function of the state.

Margrave Karl III Wilhelm of Baden-Durlach wanted to leave his old residence in Durlach that had only been provisionally repaired after the Thirty Year’s War. He dreamed of creating an extensive city, with his residential palace as the centre.

From the palace, 32 paths reach out to the surroundings like rays of the sun. The image of the sun, made by Louis XIV into his own personal symbol, here becomes a plan for the city. It was meant to illustrate that it was the Margrave alone who could build an ideal order: he made land available, and he posessed the aesthetic vision.

The plan was demanding, but the Margraviate’s coffers were empty. That is why the palace, a timbre-frame construction, looked modest at first. The plan was to have future residents construct Karlsruhe – they therefore needed to be enticed by privileges. Traders and manufacturers were also to be established. To this end, the Margrave issued a letter of privileges that afforded the city’s residents numerous concessions.

The letter of privileges

In the letter of privileges, the citizens of Karlsruhe were granted wide-ranging rights and freedoms. Below are some of the letter’s 18 points in a slightly shortenend and linguistically updated version:

I. No one should be denied the right to settle and the enjoyment of this freedom on religious grounds alone. Furthermore, everyone who belongs to a religion distributed through the Holy Roman Empire should be included and promoted in their trading and in their fluctuating fortunes.

III. The Margrave will make a piece of land for the construction of a residential house available for each new resident free of charge. The size of the area is in accordance with occupation and marital status. If necessary, areas for courtyards, barns, stables, and gardens can also be entrusted.

IX. The Margrave grants to all future residents of Karlsrule financial relief from billeting, charges, taxes, and dues for a period of 20 years both in lieu of construction costs and to ease the transition to a new occupation.

XIV. The Margrave grants that purchases of those goods necessary for the holding of court, as far as they are available in Karlsruhe, should primarily occurr through the new residents.

XV. The new residents and their inheritance and offspring are permanently freed from serfdom and all compulsory military service.