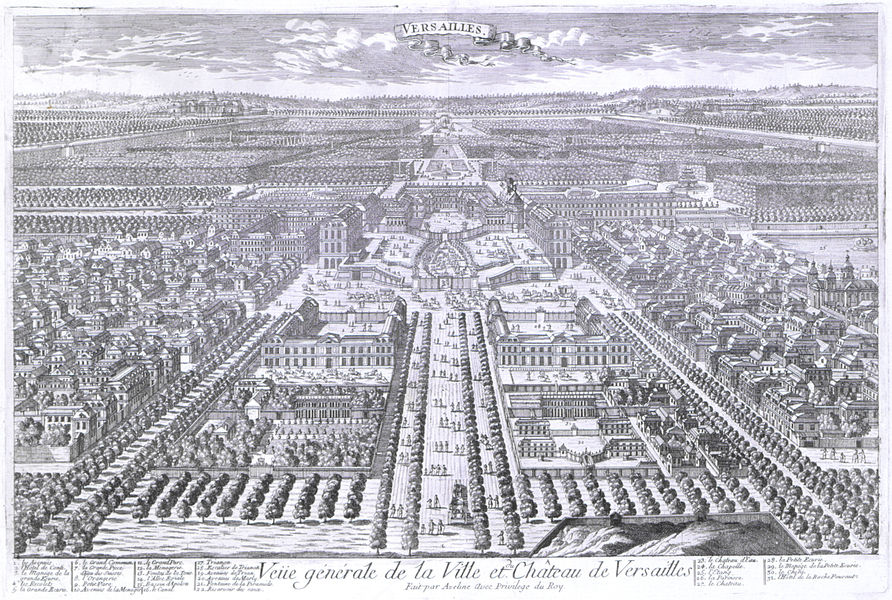 In 1661, Louis XIV ordered the creation of a residential palace from his father’s small hunting lodge near Paris that was to become much admired and imitated throughout Europe. In the centre of the palace was Louis XIV’s bedroom. All of the garden’s and the city’s main axes led to this centre. The symbol of the sun is present everywhere. As a life-giving allegory of his central authority, it was also meant as an illustration of his primacy amongst European monarchs.

The Gesamtkunstwerk (‘total work of art’) of Versailles served as a stage for feasts and receptions, as a central administration point, and as a residence for numerous members of the elite nobility.