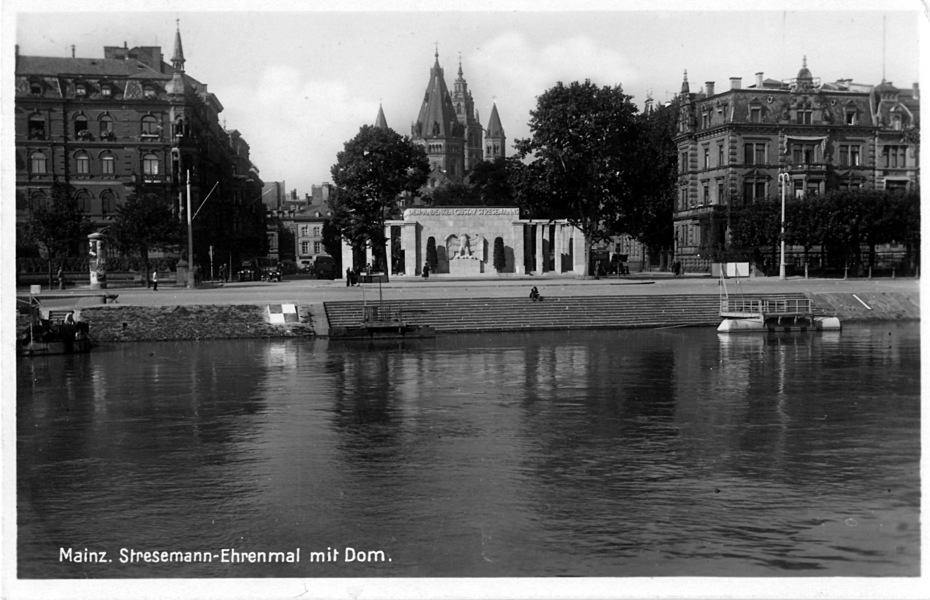 The Stresemann Memorial was inaugurated in 1931 on the Fischertor-Platz in Mainz. As Reich Chancellor and Foreign Minister, Gustav Stresemann (1878-1929) was one of the most influential politicians of the Weimar Republic.

He signed the 1925 Locarno Treaties alongside the French Foreign Minister Aristide Briand. The treaties envisaged a joint peace and security system, and represented the basis for reconciliation between two states formerly at war.

Both statesmen were awarded the Nobel Peace prize on 10th December 1926.

Thanks to their joint work, the French occupation of the Rhine came to a premature end.

In 1935, the memorial was torn down by National Socialists who held Stresemann in contempt as a so-called “fullfillment politician” (Erfüllungspolitiker).