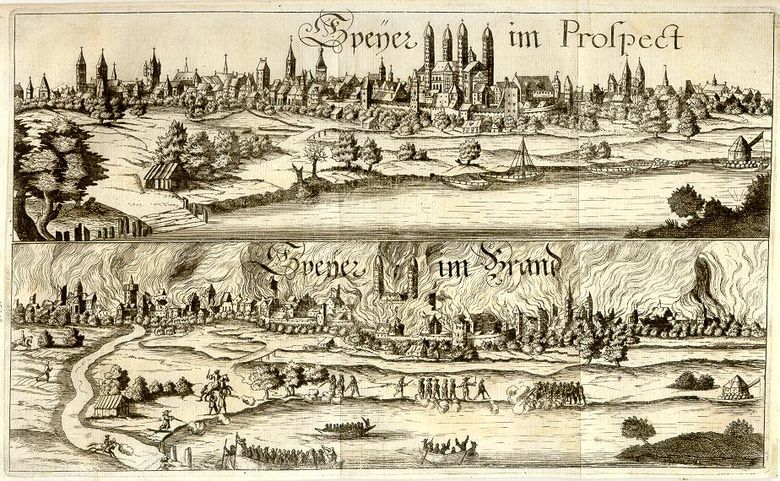 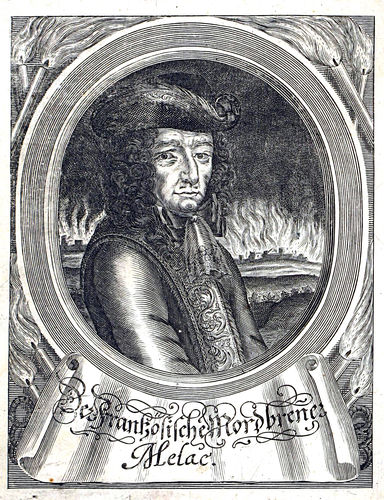 The Rhine is burning

On 23rd May 1689, the inhabitants of Speyer received orders to leave their  homes within the week. They suspected that their city was to share the same fate as many on the Upper Rhine.

In 1688, the French king Louis XIV sent his troops into the Palatinate. The reason he gave was provided by his sister-in-law: a princess of the Palatinate whose inheritance he claimed. French troops demanded the conquered cities pay reparations. The cities who refused were burned. This ‘scorched earth’ policy also affected Heidelberg, Friedrichsburg, later Worms, Oppenheim and Bingen.

After nine years, the 1697 Peace of Rijswijk ended the Palatinate War of Succession. The brutality of the pillaging was burned into the collective German consciousness and fed anti-French sentiment for many years to come.