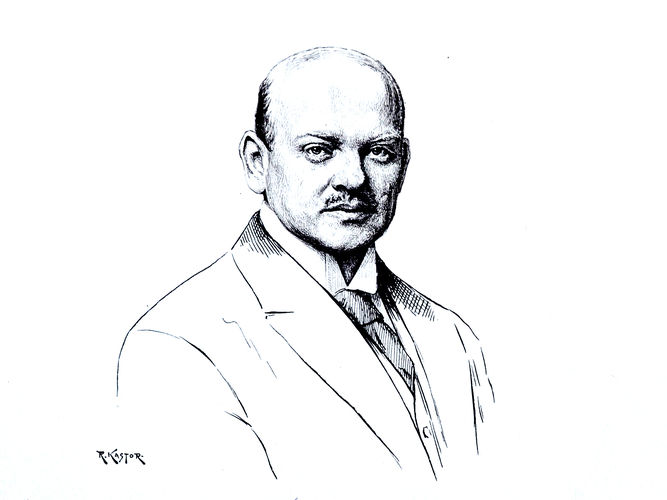 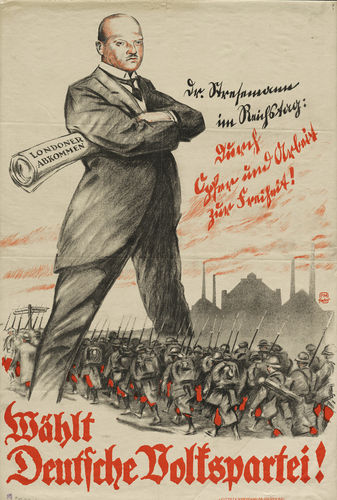 The occupation of the Rhineland and the Ruhr

One of Stresemann’s main objectives was to cooperate with France so that Germany could return to the circle of European powers as a sovereign state.

Territories west of the Rhine had been occupied by Allied troops since the Armistice of 1918. This occupation of the Rhineland was set by the Treaty of Versailles at 15 years.

In January 1923, 100,000 French and Belgian soldiers also occupied the entire Ruhr because of defaulted German reparation payments. The population reacted with general strikes and acts of sabotage. In his position as Reich Chancellor, Stresemann made the unpopular decision to break off the resistance against the Ruhr occupation in September 1923, as he saw this as the only way for rapprochement with France.  At the same time, he aimed at a revision of the Treaty of Versailles and for the Ruhr and Rhineland to be liberated as soon as possible.

The occupation of the Ruhr ended in the summer of 1925. On 30th June 1930, the clearing of the Rhineland was confirmed by Briand, five years ahead of the scheduled date. However, this success came too late for Stresemann. He could have used it to strengthen his position against in-party agitators and in Germany as a whole. In October 1929, at the age of 51, he died after suffering a stroke.