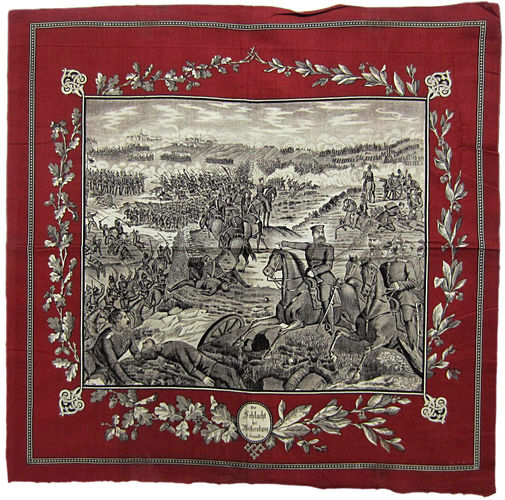 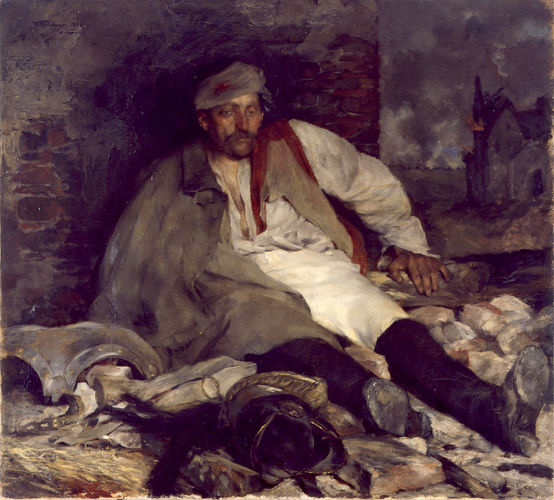 On 19th July 1870, the French emperor Napoleon III declared war on Prussia. He believed other European powers would be on his side, and that the southern German states would remain neutral. But France had to fight alone against the unified German forces.

Two days after the battle of Wissembourg, the German army won battles in Spichern and in Wörth, and subsequently occupied the whole of Alsace. The Peace of Frankfurt annexed Alsace and large parts of Lorraine to the new German Empire, forming the “Reichsland Elsaß-Lothringen” that existed until 1918.

The ninteen-year-old painter Wilhelm Trübner from Heidelberg travelled to the destroyed Strasbourg following his brother who fought in the Franco-German War.

The unusual depiction of an enemy soldier shows a cavalier who can be identified as belonging to the heavy cavalry (Kürassiere) from his discarded helmet and breastplate armour (Kürass).

He is lying with a wounded head at the corner of a house. During the Napoleonic Wars, the heavy cavalry had often made decisive advances, and remained an important part of the French army up to the war of 1870-1871. But their breastplate armour did not afford protection from rifles, and they were easily defeated in the Battle of Wörth. This naturalistic portrayal of the suffering of a soldier, one that appears universal, stands in contrast to Trübner’s interest in military resplendence and glory, and should not deflect from his being seen as an enthusiastic supporter of the war.