Weimar: The Essence and Value of Democracy
1 / 4 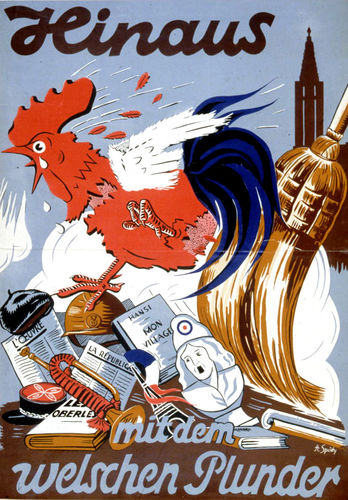 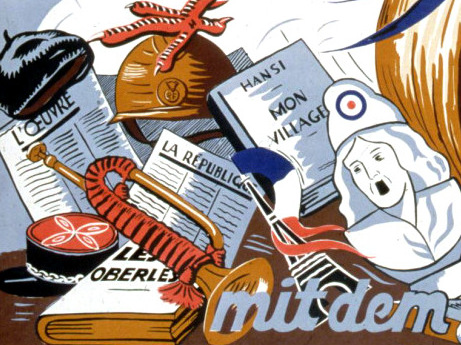 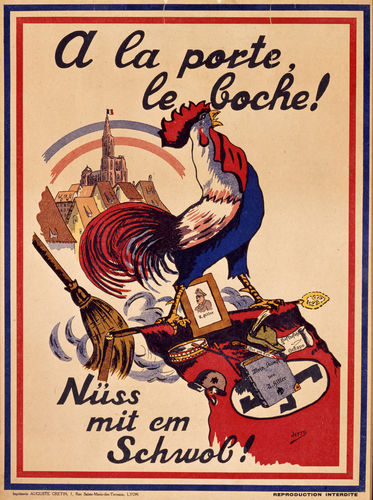 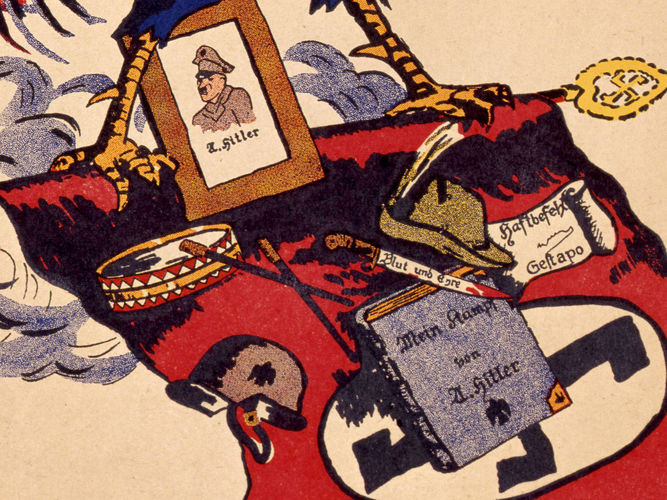 Away with the welsch rubbish

The word welsch is derived from the German term for Romans or Celts, just as the English word “welsh” describes the language spoken in Wales.

The French and a part of their culture are being disparaged, portrayed here as “dirt” that – along with the gallic cockerel – is being swept away by the Alsatian Germans. The beret was banned, Réne Bazin’s revanchist novel “Les Oberlé” was removed from libraries, as were the books of the Colmar artist Jean-Jacques Waltz, also known as ‘Hansi’.

Due to his anti-German stance and his illustrations, Waltz was sentenced to a 15-month prison sentence by German security agencies in 1914. In the Second World War, he was tracked down by the Gestapo in southern France and severely maltreated.

Away with the German!

The French response to the German placard of 1940 followed four years later, after the Allied victory in Alsace. Now the French cockerel can again crow proudly, and the “boche” – the German – is out: “The German’s out of the door!” or “Away with the German”.The German is also swept away as a Swabian in the Alsatian dialect too: “Nüss mit em Schwob!”.

“Boche” was originally a French term meaning wooden ball, “tête de boche” means blockhead or pighead. However, “boche” is also a diminutive and an “alboche” is a small German. This word, with its contemptuous connotations, became the commonplace insult to Germans during the First World War.

Adolf Hitler’s “Mein Kampf” is in the German rubbish being swept out of the door, as is a Gestapo arrest warrant, a swastika flag and a German helmet (Stahlhelm).