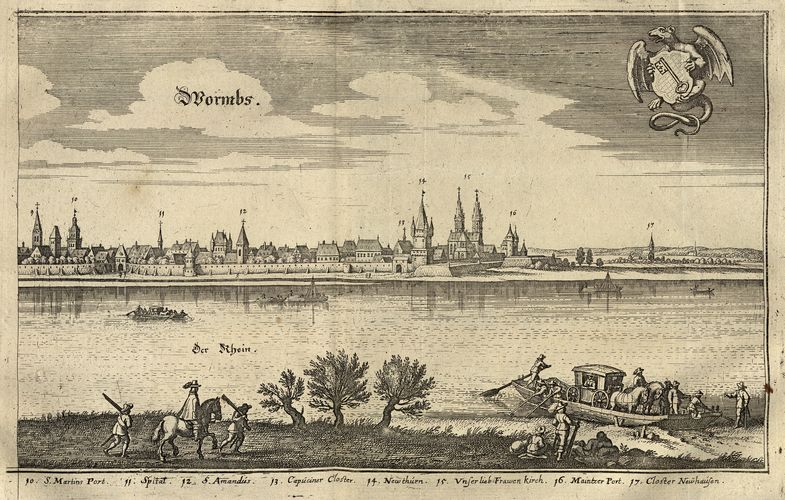 The city of Worms is closely connected to the Nibelung saga, nowadays in particular given the Nibelung festivals and the Nibelungenmuseum. As the national movement strengthened, the Nibelungenlied developed into the national epic of the Germans. Ever since the Napoleonic wars, the perception of the Rhine as the point of origin for German history had been a source of national identity.

In the first half of the 19th Century, amidst the emergence of industrialisation and the alienation from work and nature that came with it, artists and poets found refuge both in the past and in natural landscapes. Ruins and legends of the Rhine fascinated countless visitors, including the English painter William Turner, the German poet Clemens Brentano, and the French writer Victor Hugo.

Read more about "Patriotism on the Rhine"