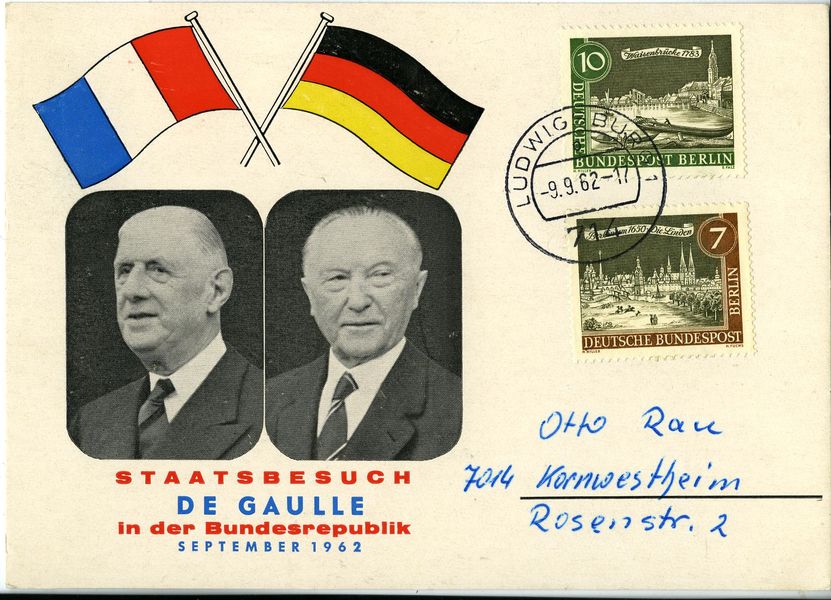 From late July 1945, Baden-Baden was the seat of the central military government of the French Zone of Occupation and the headquarters of French troops in Germany. In February 1962, the French president Charles de Gaulle visited the German chancellor Konrad Adenauer in the “city of baths and casinos”.

Here, de Gaulle renewed his offer of an exclusive France-Germany axis. This meeting, along with de Gaulle’s journey through Germany in September 1962, laid the foundations for de Gaulle and Adenauer’s signing of the Élysée Treaty. The friendship treaty was concluded on 22nd January 1963 in the Élysée Palace, Paris.

After Adenauer’s death, and amidst a French national crisis in May 1968, de Gaulle returned to Baden-Baden. The reasons for the president’s “getaway” still remain a mystery.