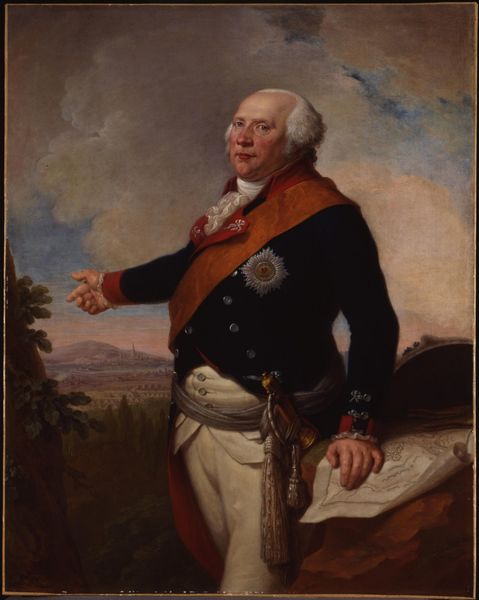 The liberator of Frankfurt

Friedrich Wilhelm II was the nephew of the childless Friedrich II, also known as ”the Great”. He became King of Prussia after the death of Friedrich II in 1786.

On 23rd October 1792, French troops occupied Frankfurt. Only six weeks later, Hessian and Prussian troops, under the King’s command, reconquered the city. They were returning after their first defeat by the French at Valmy.

For Friedrich Wilhelm II, the victory in Frankfurt – following the failure in France – was a welcome opportunity: he presented himself as liberator, with a map of the city and an oak tree deployed as heroic symbols.